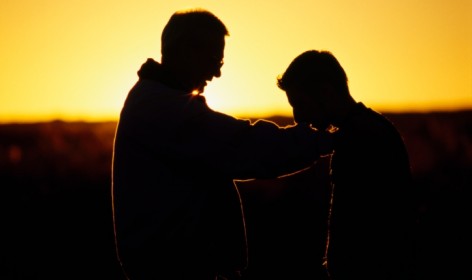 A Parable to Explain Jesus’ Claim to be “Son of God”

The Kingdom of God is like a Furniture Maker… 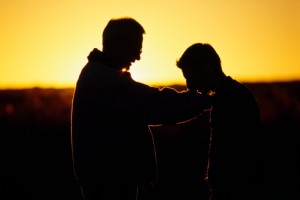 When people think about how Jesus’ can claim to be the “Son of God”, they most often think in terms of the Virgin Birth:

Mary said to the angel, “How can this be, since I am a virgin?”

The angel said to her, “The Holy Spirit will come upon you, and the power of the Most High will overshadow you; therefore the child to be born will be holy; he will be called Son of God.”

But when Jesus made the claim, he did not refer to the Virgin Birth. Instead, he talked about how he was doing just as the father did (John 5:19), and saying only what the father says (John 5:30).

In fact, to show just how flexible this term, “son of God” can be, in addition to the quote from an angel to Mary cited above, Luke also includes a genealogy which designates Adam (and by extension all of his descendants) as “son of God” (Luke 3:23-38). Does that put a little cat among the pigeons of contemporary thinking on this topic…?

So what did Jesus mean, and what does Christian theology mean, when we say that Jesus was “the Son of God”?

I wrote a detailed essay on the subject, but that might be dry reading. The following parable is how I explained it to a man who was familiar with the Qur’an’s criticisms of the term “Son of God” (“How could [Allah] have a son when He does not have a consort, and He created all things?” – Surah 6:101). These objections arise because “son of God”, when said in Arabic, implies sexual relations between God and Mary, which is offensive, of course!

The Turkish man to whom I first told this parable, who is versed to some extent in both Christian and Islamic ideas but who was non-committal to both religions, declared a week later that he had become a Christian. He cited this explanation of “son of God” as the breakthrough, watershed moment which sparked a radical spiritual rebirth in him over the following days.

The Parable of the Furniture Maker

There was an old furniture maker who was so busy in his workshop that he could not afford the time to go to market. He called his eldest son and said, “I am too busy with my work to go to market. Take these goods and sell them, just as you have seen me do before.”

A man approached the boy and, seeing that he was inexperienced, cheated him on the price of the goods. A second man came, who often ate with his father. That man would not even share his water with the boy because of his youth. But a third man paid a fair price for the furniture, and invited the boy to dine with his family, so pleased was he with the purchase.

The next day when the father was in the marketplace he saw the men. To the first he said, “Why do you cheat me so?”

The man replied, “When did I cheat you? I would not cheat you, because you are a respectable man in the village. God forbid that I should do such a thing.”

But the father said, “Yesterday my son was in this same place and you cheated him on the price of the goods you bought. Do you not think that I have been cheated?”

To the second man the father said, “Why do you treat me as a stranger? What have I done to you?”

The man replied, “When did I treat you as a stranger? Whenever I see you I share all that I have. My food, my drink, my home!”

The father said to the man, “Yesterday my son was in this same place and you did not offer him so much as a sip of your water. Are not my son’s needs my own needs? When you refuse him, do you not refuse me?”

To the third man the father said, “You have honoured me greatly.”

The man replied, “Sir, when did I honour you? Indeed I have not met you.”

The father said to him, “Yesterday my son was in this same place and you paid him a fair price, and invited him to your table, and honoured him in your home. As you did so, were you not conferring honour on me, his father?”

Those familiar with the Bible will recognise a few things here. In many ways it resembles the Parable of the Sheep and Goats, in Matthew 25:31-46. This similarity is not just stylistic. It is because the logic is closely related. My parable draws on the principle expressed there, “Truly I tell you, just as you did it to one of the least of these who are members of my family, you did it to me.” (Verse 40).

However, my parable is only referring to that principle in order to describe sonship, as it was conceived in 1st Century Judea, where Jesus grew up. As it happens, the principle expressed in the parable stands in many other traditional village cultures. It is this:

A man’s son, especially his eldest son, is a projection of the father into the life of the community.

A “good” son will honour his father by upholding the values by which his father lived. The better he does this, the better the father is represented in the community by his son, and the more worthy the son is to be known by his father’s name. In a related way, if other community members treat the son well, they are, by extension, treating the father with respect and honouring him.

So here’s the point…

When Jesus called himself the “son of God”, he did so in the middle of a detailed explanation, about the reasons for that claim. That is what John Chapter 5 is actually about. Essentially, he claimed that he should rightly be called “son of God” because he was, after all, living out the values of his father, and being an authentic projection of God into the community. That would make him a “good” son, and worthy to be known by his father’s name.

It is important to note here that the “family business” of God the Father and Jesus the Son is not “furniture making”. Jesus is actually precise and explicit in John 5:21, where he describes the family business: “just as the Father raises the dead and gives them life, so also the Son gives life”.

By now the following passage will have taken on a concrete meaning with respect to Jesus’ claim to be “son of God”:

Jesus said to them, “Very truly, I tell you, the Son can do nothing on his own, but only what he sees the Father doing; for whatever the Father does, the Son does likewise. The Father loves the Son and shows him all that he himself is doing; and he will show him greater works than these, so that you will be astonished. Indeed, just as the Father raises the dead and gives them life, so also the Son gives life to whomever he wishes.”

In the same way in the next section the meaning should now be obvious, in terms of the honour due to a good son:

These same points are made in various ways elsewhere through the Gospels, but I don’t want to labour the point overly much here. For additional detail and analysis, check out that essay I wrote earlier:

It may also be helpful to look at this as part of a bigger “problem” of understanding Jesus’ relationship with God – a problem that again arises not from any confusion inherent in what Jesus says, but from our not understanding what he meant.