… and this just in: News from the Streets of Ipswich. Issue 1 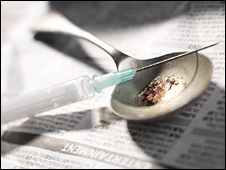 The guys and I were praying together in the park one night. A young man who is known to us walked by, his arm in a sling. I called him over but he kept walking, explaining that he had injured his arm. He hit an artery when injecting, and was bleeding internally and externally. He was on the way to the hospital. I asked if we could pray for him. He was grateful.

We prayed. Later that night, a couple of us went to emergency but he was not there. He had either gone home, or been admitted. We went home. At home I discovered that I had left my bag in town, so I headed back. I prayed that I might meet up with our young friend, to see what had happened with his injury.

Sure enough, I saw him in town (by now it was about 10:00pm). He needed a lift home, and I was pleased to provide it. His injury had been bad, but the hospital had fixed him up and had put stitches in it. It could have been terribly bad, had he not got treatment. All prayers were answered that night.

I made a friend that night, and he became convinced that God is looking out for him. Since that night he has made some bold plans for his life, and is pursuing them.

He is one of four men that God pointed out to me, up to two years earlier. I have now made substantial contact with all four, and they are all being drawn closer. I’m not sure what God has in store, but I know that these four men are part of it.