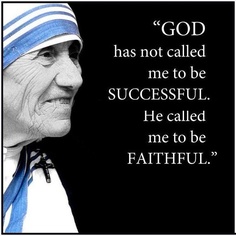 … and this just in: News from the Streets of Ipswich. Issue 11

Ok, so this didn’t happen in Ipswich. It happened in Sydney… but I still thought it worth sharing here.

I was walking from the car park to a cafe where I had a regular breakfast meeting I attended every Friday morning. I saw a middle-aged lady who was begging for money, sitting on the pavement at a street corner. It was a cold wintry morning and I’m sure she was hungry, but the thing that struck me about this lady was how deeply lonely she looked. I was moved. So I went over, put $10 in her hand, and started talking to her.

We chatted for some time, probably ten or fifteen minutes. She told me about her family, who all lived in Christchurch, New Zealand. She had grown up there. Her name (so she said) was Mary. She was telling me about her desire to save up and travel to Christchurch one day to see her family.

At a lull in the conversation, as it started to become apparent that the conversation was over, a very special thing happened: Mary looked me in the face and was welling up with tears. She reached out and held my hand. She said, “You haven’t preached the Gospel to me yet”.

I replied, “I have no intention of ‘preaching the Gospel’ to you, Mary, I came over for a conversation. I figured you might like the company for a bit.”

What she said next has never been far from my consciousness as I move around the streets talking to strangers, and to people who casually recognise and speak with me. She said, “Oh, people always want to preach the Gospel to me. They say I should think like this or that, and I should pray like this or that…” She leaned in closer and said with some confidence and a couple of tears, “but you are a soldier of the Lord, aren’t you”

She thanked me with a deep earnestness.

… now I’ve got some things to say here, about connecting with human beings, and about genuine relationships, and about being known by our love, rather than by our rhetoric. I’ll address them down below. The story isn’t finished yet!

I said, “But I pray often, Mary, and if you’re happy with it, I’d like to keep you in my prayers. Is that ok?”

She was enthusiastic about this and thanked me very much. She said she was worried about the emphysema in her lungs. I committed to pray about that.

About six weeks or more later, I was in town on a Saturday, which is very unusual for me. I had been praying for Mary, for her family, and for her lungs, and that I might see her again but I had not seen any sign of her on the Friday mornings. Suddenly, I saw her in a different area of town from where I had first met her.

I rushed up to her, exclaiming, “Princess Mary of Christchurch!“, which was a little startling for her… It took her a few moments to figure out what was going on. By the time I started talking about how we had met, she recognised me and was then very grateful to see me.

She seemed confused for a moment, and then registered. “Oh!”, she said, “I saw my doctor and he gave me a different medication, and my lungs are no problem at all now!”

She stopped, suddenly making the connection. By the time I went on my way, Mary was walking taller, and somewhat lighter on her feet. She had encountered something of God’s love for her, and it was deeply important to her.

You see, many people had taken advantage of Mary’s vulnerability by preaching at her. Doing this serves the one doing the preacher because it makes them feel better about themselves. It rarely does any good to the poor person being targeted, and simply steals their dignity from them, let alone taxing their time, energy, and patience. In Mary’s case, she probably figured she would give me $10 worth of preaching opportunity in exchange for the money I gave her. Imagine her surprise to find that I had given her a free gift?

When I sat down with Mary and had a genuine conversation I was not taxing her at all. I was giving myself to her. I was investing in her as a human being. This is how Jesus spent time with people, too. He “reclined” with them, which means that he shared a meal. He gave of himself, his time, his energy, and his patience. This is the gift I was giving. It was gratefully received.

“The Gospel” is not “you are going to burn in hell unless you join my religion”, but all too often, that is how the message comes across. Paul defines the Gospel as:

.. the gospel which you heard, which was preached to every creature under heaven, of which I, Paul, became a minister…: the mystery which has been hidden from ages and from generations, but now has been revealed to His saints… which is “Christ in you, the hope of glory”.

The Gospel is about hope for people who might think themselves hopeless. It is the revelation that God’s interest is in humanity, rather than just a selected subset of humanity. It is Good News.

This story happened seven or eight years ago. I haven’t seen Princess Mary of Christchurch since. But that’s ok, someone else is responsible for nurturing her faith, and yet another will harvest where they did not sow. As the Apostle says, one person might “plant” the message, and another might “water” the seed, but “neither he who plants, nor he who waters is anything; it is God who gives the increase” (1 cor 3:7).