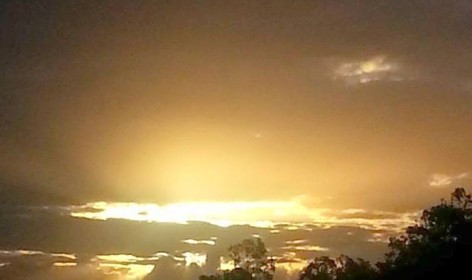 … and this just in: News from the Streets of Ipswich. Issue 13

The Leaven in the Dough 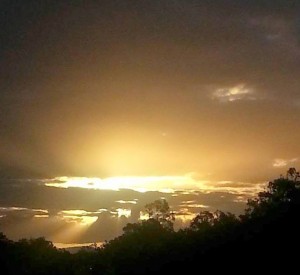 This morning I sent out my customary SMS encouragement. It was this verse:

He told them another parable: “The kingdom of heaven is like yeast that a woman took and mixed in with three measures of flour until all of it was leavened.”

Little did I know what God was going to do with it today!

I sent that verse because it reflects what I have been praying over this town for over a year now, at God’s request. See THIS BLOG POST for my observations and predictions, almost 18 months ago. This is a key quote from that post:

So this morning it was on my heart to send that particular verse as a reminder and an encouragement to my friends, that this is, in fact, happening.

Imagine my delight when, just a couple of hours later, I had this conversation with a young lady in town whom I have known for a few years:

“Well you’re doing an amazing job. The whole town’s talkin’ about the Lord. It’s great, you know, not to always be talkin’ about drugs and sh*t”

Ok, so that was stunning to me! I was so gratified to have this vision – of God’s word as leaven in the community – articulated back to me in this incredibly candid observation. This lady had no idea that what she described is precisely what I pray for.

That conversation was so uplifting for me, I described it at great length during the afternoon to a friend, in a discussion about ministry. I was reflecting just how blessed it is, for me, that God should allow me to have these direct positive affirmations and encouragements. Little did I know, that was not even the half of it!

This evening, the guys and I had our usual Tuesday night meeting in the park. During the evening I decided to share this story, because it was so encouraging to me, and the guys share this vision of leavening the community. It’s really their story…

So I began. I said, “Hey, I had a conversation with [name] today. I’m sure she didn’t realise it, but what she said completely blew me away…”

Right then, one of the guys interrupted me, pointed across the park, and said, “That’s her now”.

Sure enough, this lady was walking through the park. At night. Alone. What are the chances…?

I called out to her, and after the couple of seconds that it takes a lone woman at night in a park to figure out what to do about a group of men calling out her name, she recognised some of us and came over.

I said, “I just mentioned your name! I was just telling the guys about what you told me earlier – that the whole community is talking about the Lord. I was just saying how much that meant to me…”

The other day we was just sitting there doing a deal, you know, waiting for the stuff, and the next thing you know we’s all talkin about the Lord! I mean it was wierd. I said, ‘Do youse know what we’s talkin about here??? And we’s about to get on!”

See I feel weird talkin about the Lord when I’m off me head. It was weird, man.

This town is changin’. A lot of the fellas are getting off the drugs, you know, and doin the family thing…

… and similar. Now, this girl is not some kind of bystander. Her boyfriend is a dealer (in fact he’s the guy I had this conversation with, and this one). She knows what she’s talking about.

… so then we prayed for her. In the park, at night, she stood in the middle of a group of men and allowed us to gather around and pray. They were bold prayers. They were beautiful prayers. There were tears. It was… you know… pretty much what we’ve come to expect around here.

Anyway, she went on her way, and we were left to marvel and wonder at the goodness of God. What love is this? What undeserved favour of God? What an extraordinary gift our gracious Father saw fit to bestow on us tonight.

God’s greatest delight, it seems, is in delighting His children.

<Stop Press> That weekend I unexpectedly had the opportunity to preach so I told the story! Listen to the message below: