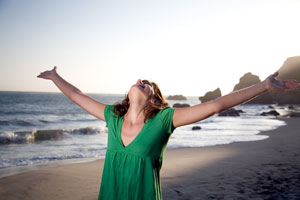 … and this just in: News from the Streets of Ipswich. Issue 19

AND THE WORD BECAME FLESH AND DWELT AMONG US

And the Word became flesh and dwelt among us, and we have seen his glory, glory as of the only Son from the Father, full of grace and truth. – John 1:14 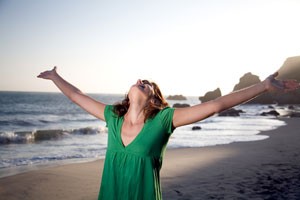 A friend of mine turned to me and asked, “Does God live in me?”

My answer was nowhere near as articulate or as comprehensive as what God had in store for her, just half an hour later.

My friend is a smoker. She asked me to go down to the smoking area on Bell Street so that we could chat. When we got there we saw a young woman who looked somewhat upset. Being a middle-aged man, I find it difficult to approach a young woman and strike up a conversation without it seeming creepy, so I let it slide and kept an eye on the woman to see what would unfold.

My friend also noticed the young woman and went over and offered her a cigarette, and enquired after her. The woman politely turned away offers of assistance and conversation, but my friend is not so easily dissuaded. She insisted, and brought the woman over.

We started to chat, and learned that this woman’s drug-crazed boyfriend had bashed her the previous night, so loudly that the neighbours had called the police, and when they all went to the hospital they discovered she was pregnant. As a result the boyfriend has now abandoned her, trashing everything (including smashing her phone), cleaning out her bank account, and leaving her with two or three nights accommodation until she is homeless, and she has a full fortnight until her next Centrelink benefit. She had bought herself a packet of smokes and some Tim Tams, had $80 left, and didn’t know what to do next. That’s where we found her.

My friend, herself having been saved by a dramatic revelation of love and grace just a couple of years ago, was overcome with compassion. Despite being a pensioner herself, she took $50 from her purse and insisted on giving it to this young woman.

The woman found it very difficult to accept both the kindness and the money. It was confronting for her to be treated with such kindness. I took advantage of that difficulty and vulnerability by pressing in with firm assurances of her worth as a human being. At one point in the conversation I pointed out that, “This is hardly fair, is it? You’re surrounded. We’re ganging up on you”, because there were three of us just hammering away at her with loving affirmations. She agreed, but conceded, “this is different, though…”.

I managed to convince her to speak to DV Connect. I used a few tricks and techniques of subtle persuasion that she, in her vulnerable state, was unable to counter. I’m not ashamed of that. Getting someone to “make the call” to DV Connect is a frightfully delicate process because it means actually voicing your story, stating that you need help, and accepting that this situation is a reality. It takes more courage than a person has at that moment when they are beaten, alone, and vulnerable, but it must be the person themselves who calls. It takes some skilful nudging. I’ve done it before.

I gave her my phone, already having dialled the number. When she had finished the call I praised her courage for having made the call, knowing that it had been a huge deal for her. It really was.

When she spoke to DV Connect, they needed her to have a contact number but the boyfriend had smashed her iPhone. So what did our hero do with the $50? She decided to buy a phone. It was a moment of empowerment to realise that she had the capacity to help herself in this way.

Next problem: No ID

All her belongings had been trashed, and she didn’t have ID. I know that you can’t activate a SIM card without ID, and I pointed this out to her, saying that I would accompany her to the shop and sign up the prepaid SIM in my name, so that’s what we did.

Once we got her a phone ($12 out of her $50), and I got her a recharge voucher for it (because she forgot to buy one, giving me the opportunity to do so behind her back), and we got it activated, and she called DV Connect again, she was feeling like there was hope.

She was so incredibly grateful, although I had to help her to navigate that awful conundrum of “I’m usually the one helping others…”. My answer was, “I know. I can tell. This is just for today. You just need a hand to get your feet under you again, and then you’ll be back to being the helper again. Just accept the help and know this: you’re worth it.”

When it had all settled down, I was able to point out to my friend that her question about God living in her had been answered exquisitely, just half an hour after she asked it.

Yes, the Word certainly has become flesh, and dwells among us even now.