… and this just in: News from the Streets of Ipswich. Issue 4 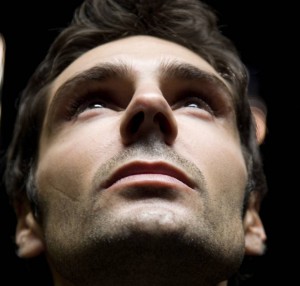 The men and I were praying in the park one night, as we do, when a fellow walked past who we didn’t know.

This guy looked a little ragged, so we called him over. He was a bit cautious because, he later revealed, he was concerned we were going to mug him for his half-loaf of bread. Despite his fear he came over and allowed himself to be encouraged to join us.

We had just been sharing stories about life. It’s what we often do when we meet, so that we are catching up with each other and bonding more closely. He listened to us for a little while, just telling our stories in an atmosphere of mutual support and encouragement. Eventually he spoke.

He began by telling us that his marriage of about 5 years was over. His wife had ejected him and he had no idea how to cope. He rolled up his sleeves to reveal perhaps a hundred stitches up each forearm. These were self-inflicted wounds, in which he had simply stabbed a knife into his arm above the wrist, and carved upwards toward the elbow for about 10 inches on each arm.

As it happens, he was on his way from the hospital when he wandered past us. He said that they had patched up his arms, but otherwise just “gave me a cup of coffee and let me go”. It wasn’t clear what else he expected, but the self-harm was clearly a desperate cry for help, which the hospital had failed to address. He was in deep emotional pain, and hospitals simply don’t address that problem…

As the evening progressed, as we normally do, we began to pray. Our friend was pleased to allow us to pray for him, so we did. It was a radical experience for him! He didn’t quite know what to make of it all, but he was tremendously blessed by it.

It often happens as we are praying together that one or more people will begin to prophesy. This means that the person will start saying what God want’s said. That’s prophecy. This particular night I was doing it, along with some of the others. At one stage I was standing right up in our friend’s face, imploring him to understand God’s will for him, that he might come to know God’s love for him, God’s hopes for him, and God’s enduring hope that he will overcome his difficulties and trials, and emerge victorious. Other men were speaking God’s will for his life in various areas. He was visibly stunned by all this, but openly receiving it all.

As the night went on we were all discussing the nature of God’s kingdom, as we often do. This chap was open-mouthed at it all. He kept nodding, and saying, “You’re right! That’s so right. It’s weird.” He was referring to just how different was the world we described from the world he was used to. It is different in terms of values, and wisdoms. But he could see that we were telling the truth. He could taste truth in our words.

More than what we were saying, though, he was seeing our love for one another, our support and encouragement toward one another, and the fire and passion in our prayers. He could see without doubt that we were authentic, and it was a completely foreign experience to him.

Some of the men were quietly grinning about that, with a knowing smile. They’ve seen that look in a man’s eyes before. They have all been there. They know what he’s going through.

In the end I turned to him and said this:

What you’re seeing is normal. This is the truth. Do you understand? What you see in the world, that’s the lie.

He began nodding, wide-eyed. I continued:

I know how you feel. It’s like looking out the window and seeing the trees growing down from the sky, and everyone walking around upside down. You come outside and finally discover that you have been living upside down all this time, and the real world is the other way around. Yes?

He kept nodding. He said, “That’s exactly how I feel”. I said, “Then you’re beginning to understand”, and went back to praying with the boys. After that he wasn’t able to articulate what he thought, beyond repeating the same phrase dozens of times, shaking his head:

One of the men took him home, got him a feed, and gave him a bed for the night. The next day he left town. He was heading up the coast to stay with family.

He won’t be forgetting that night any time soon.

God has a heart for this town. He has a plan for it. He has hopes… God is blessing Ipswich, and these men who meet to pray in the park are standing in the target zone, experiencing His hand.