… and this just in: News from the Streets of Ipswich. Issue 5

The God of the Christians only? Or of the whole world? What about the Drug Dealer?

The God of the Christians only? Or of the whole world? What about the Drug Dealer? 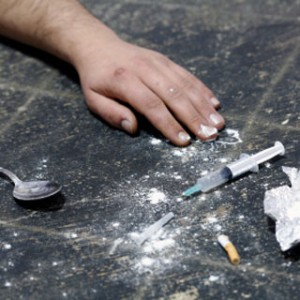 A young man who sells drugs on the streets is well known in the community, and knows who I am. He actually came to see me a couple of years ago at the Chat Room, and against my advice, gave his life to the Lord (my advice was based on the recognition that he really didn’t seem to appreciate the gravity of what he was doing).

I didn’t get to know him at all well, but I know his girlfriend.

I was praying for him, as is my custom. I pray for lots of people around Ipswich. While I was in prayer for this particular man, God gave me a specific message for him. The next Tuesday, I sought him out.

You’re involved in some big [criminal] deal at the moment. It’s going to go bad, and you will be left “holding the can”.

That was as much as I had. I didn’t know anything more specific. He started surmising that he had sold drugs to “an undercover cop”. Evidently he had been suspicious about one of his recent customers. Anyway, I left him to it.

Some background information is necessary to understand the next part of the story. There is a slang term in the drug world, “tick me up”, which means, “I don’t have cash right now, so put these drugs on my account”. This is how people become indebted to drug dealers.

8 months or so later, God spoke to me again about this same man. I told my friends about God’s message for him, and they were shaking their heads, saying, “I’d like to see his face when you tell him that!”

I sought him out again.

When I caught up with him, I pulled him aside and said, “I’ve got another word from God for you…”, and was surprised that he was instantly attentive, and eager to hear more. I must have paused for a moment, so he explained, “You know what you told me back in January, about that deal going bad? That’s exactly what happened, just three weeks later. I was in a deal with two other lads to take a big order of drugs. They stole the drugs and left me owing a lot of money to the supplier!”

So I had his attention. I said, “Well, God cares about you”. He believed me.

Then I delivered the message:

He was nodding attentively

And since then, what’s happened? You’ve got your health back, your girlfriend back, your freedom back…

Yeah, well… you ticked up big that day. Real big. You gave your life.

Please pray for him.