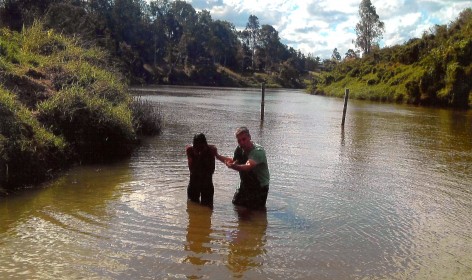 Be Baptized Every One Of You 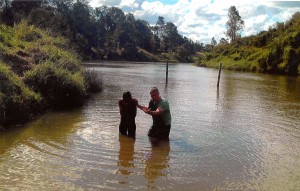 Peter said to them, “Repent, and be baptized every one of you in the name of Jesus Christ so that your sins may be forgiven; and you will receive the gift of the Holy Spirit. For the promise is for you, for your children, and for all who are far away, everyone whom the Lord our God calls to him.” And he testified with many other arguments and exhorted them, saying, “Save yourselves from this corrupt generation.”

So those who welcomed his message were baptized, and that day about three thousand persons were added. They devoted themselves to the apostles’ teaching and fellowship, to the breaking of bread and the prayers.

Tracey Miller was baptized into the body of Christ on 15th September, 2015.

Here is the video: 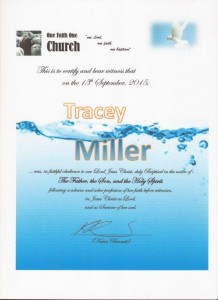 Theology expressed in this video

I didn’t have a script, and I didn’t plan what I was going to say. I just wanted to explain to the audience what was happening. As I review this video I find a number of theological assertions that I was making in the process. Below I offer a key to the theological points I made while preaching in the video:

2 Our faith is future-oriented. It is about the promise of a day of Justice, and a time of true peace and communion. Our present-day mission involved appropriating and manifesting this future hope in the present, (“on earth as it is in heaven”, as it were).

3 Once identified as part of the faith community, one’s identity is defined by the future of the community, not by one’s past.

4 Baptism is a symbolic mark of entry into the faith community.

5 Baptism is also a declaration by the individual, essentially appropriating certain promises, the sum of which is  labelled “salvation”.

God waited patiently in the days of Noah, during the building of the ark, in which a few, that is, eight persons, were saved through water. And baptism, which this prefigured, now saves you—not as a removal of dirt from the body, but as an appeal to God for a good conscience, through the resurrection of Jesus Christ… 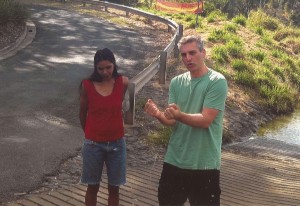 6 Baptism is something done not by me as an individual, but done by me on behalf of the Church.

7 “So if anyone is in Christ, there is a new creation: everything old has passed away; see, everything has become new!” – 2 Corinthians 5:17

8 The Resurrection is central to the faith that is being professed, and it underwrites the promises which amount to “salvation”.

9 By baptising Tracey, we the Church are implicitly reaffirming our own dependence on the Resurrection.

10 The Holy Spirit abides in the believing community, and each member may “receive” the Holy Spirit. It is appropriate to pray for this when baptising someone.

Now when the apostles at Jerusalem heard that Samaria had accepted the word of God, they sent Peter and John to them. The two went down and prayed for them that they might receive the Holy Spirit (for as yet the Spirit had not come upon any of them; they had only been baptized in the name of the Lord Jesus). Then Peter and John laid their hands on them, and they received the Holy Spirit. – Acts 8:14-17

11 Baptism is also a symbolic mark of God on the individual, setting them apart.

12 God is ultimate Creator, who Creates by speaking. 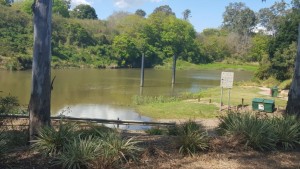 13 Jesus’ discourse in Matthew 18 (below) which centred ostensibly on a small child was actually about members of his faith community. The remark about the millstone being tied around a person’s neck is a threat against all who would attempt to lead believers away from the ideal “childlike” humility that Jesus was exhorting.

At that time the disciples came to Jesus and asked, “Who is the greatest in the kingdom of heaven?”

“If any of you put a stumbling block before one of these little ones who believe in me, it would be better for you if a great millstone were fastened around your neck and you were drowned in the depth of the sea. Woe to the world because of stumbling blocks! Occasions for stumbling are bound to come, but woe to the one by whom the stumbling block comes!”