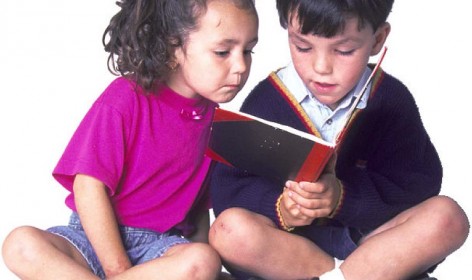 Become like a little child; Understand the Kingdom of Heaven

The Story of Cain and Abel 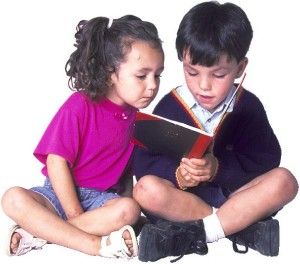 This basic little story is not complex. It is structured like a children’s story. But for reasons I list below, theologians almost universally fail to understand it.

Background to the Book of Genesis

The Book of Genesis is one of a set of five documents ascribed traditionally to the figure named in them as “Moses” (The other four are Exodus, Leviticus, Numbers, and Deuteronomy). Genesis describes the history of God-the-Creator’s relationship with his Creation from “the beginning” (Genesis 1:1), incorporating the election of Abraham (Genesis 12:3), and finishing where Abraham’s descendants were living in Egypt, with a view ultimately to returning to Canaan (Genesis 50:22-26).

We “just do not know much” (so Wenham)[1] about the origins and developments of the traditions that make up these writings traditionally ascribed to Moses, and we retain a plethora[2] of largely speculative,[3] frequently incompatible hypotheses.[4] Due to this uncertainty, we must instead comprehend the document as we find it in it’s final form. In doing so, a key interpretive concern is to read it forwards, allowing the narrative to speak for itself, to avoid anachronism and eisegesis. That means we need to avoid allowing the many and diverse theories about how all this material came to be there, affect the way we understand what is written in it.

Recognising that “many [valid] angles of approach”[5] are available, Genesis 4 is taken here (as per Collins),[6] not separate from, but integral to the sequence of “creation and fall” in addition to the “conventional”[7] text of Genesis 1-3, because Cain’s experience is an echo of Adam’s fall from grace. Also, the whole unit is understood in the context of a polemical interaction with contemporaneous ANE cosmologies,[8] recognising that the text was born in a world containing these other worldviews, and deliberately engages with them. Overall, Genesis reflects the nature of Creation, of humanity, and of the divine.[9]

In this passage Cain and Abel, the first sons of Adam and Eve, bring offerings to Yahweh. Yahweh “regards” Abel’s offering but not Cain’s. Cain’s disappointment is evident, and Yahweh counsels Cain to “master” his potentially sinful response. Cain instead kills his brother, and Yahweh banishes Cain.

Now the man knew his wife Eve, and she conceived and bore Cain, saying, “I have produced a man with the help of Yahweh.”

Next she bore his brother Abel.

It is important to note that Cain is the eldest son of Adam and Eve, which involves a responsibility to honour his father/family,[10] which he fails to do as the story unfolds. The default “blessing” is therefore transferred to a younger brother,[11] in this case ultimately it is Seth. This prefigures a frequently recurring Biblical type relating to God’s purposes in “election” (cf. Romans 9).

Some commentators have considered the names[12] and the diverse occupations[13] of the brothers as significant to the plot, but the text does not explicitly support this.[14] In fact, as Hartley points out, Cain’s profession was actually prescribed for humanity (Genesis 2:15), and Abel’s was not.[15]

Now Abel was a keeper of sheep, and Cain a tiller of the ground. In the course of time Cain brought to Yahweh an offering of the fruit of the ground, and Abel for his part brought of the firstlings of his flock, their fat portions. And Yahweh had regard for Abel and his offering, but for Cain and his offering he had no regard. So Cain was very angry, and his countenance fell.

Two offerings were brought. Why were they treated differently?

Commentators variously find Yahweh to be capricious,[16] which would make Yahweh indistinguishable from the pagan gods against which he is assiduously to be contrasted in Biblical contemplation;[17] or Cain’s offering to be defective,[18] which the text does not say; or Cain’s attitude to have been defective,[19] which the narrator describes as a result, not a cause (Genesis 4:5b) of Yahweh not regarding his offering; or various other speculative guesses.[20] Cotter correctly notes, “the text does not say why”,[21] but goes on to recommend an anachronistic reading, presuming a dependence on later Sinai Covenant laws.[22] This approach reveals that Cotter, and the vast majority of other commentators, retain various “Documentary Hypotheses” as their exegetical framework, rather than allowing the text to be interpreted in its own narrative context. Such anachronism may serve to explain why so many commentators fail to recognise that no such sacrifice was actually requested nor required by Yahweh in Genesis 4.

Yahweh said to Cain, “Why are you angry, and why has your countenance fallen? If you do well, will you not be accepted? And if you do not do well, sin is lurking at the door; its desire is for you, but you must master it.”

Cain was not entitled to expect gratitude for his unsolicited offering, so he had no valid grievance. Nevertheless he was “very angry” (Genesis 4:5), and so God, in his loving providence, counselled Cain to “do well”, but in his anger to beware of “sin” (Genesis 4:7 cf. Psalm 4:4; Ephesians 4:26).

A simple moral of the story is plainly offered: “If you do well, will you not be accepted?” (4:7).

In a baffling statement, Brueggemann warns that seeking a moral would “trivialize the story”,[23] apparently being unable to locate one. But here, as in Genesis 2-3, God sets out a reasonable, achievable requirement (Genesis 4:7 cf. Genesis 2:16-17), and humanity incurs disgrace by failing to comply (Genesis 3:7-19 cf. Genesis 4:11,16). This polemically challenges contemporaneous myths such as the Enuma Elish in which humanity is by nature incapable of good conduct.[24] Clearly in Genesis 4 this is not the case, as Abel demonstrates (Genesis 4:4), as does Noah (Genesis 6:9), and countless others across the Biblical landscape, including Job (Job 1:1).

The implication is clear. Humanity is to “do well”, and “master sin”. This is all that is required to “be accepted” (cf. Genesis 15:6). Later prophets repeated similar assurances (eg. Micah 6:8, Isaiah 66:2).

And Yahweh said, “What have you done? Listen; your brother’s blood is crying out to me from the ground!”

Cain did not heed God’s advice. Tragically, he killed his brother instead (Genesis 4:8).

Yahweh questioned Cain (Genesis 4:9), and Cain replied with a lie, “I don’t know”, and the impertinent[25] question, “Am I my brother’s keeper?” (Genesis 4:9). Cain’s question is rhetorical, presuming a negative, but the correct answer is revealed to be “yes”,[26] forming a second moral to the story.

Yahweh’s response, “your brother’s blood is crying out to me from the ground” (Genesis 4:10), represents an important theological assertion: Yahweh is not some aloof god as imagined in Deism,[27] but is sensitive to injustice, and active in the world.

“… And now you are cursed from the ground, which has opened its mouth to receive your brother’s blood from your hand. When you till the ground, it will no longer yield to you its strength; you will be a fugitive and a wanderer on the earth.”

Cain said to Yahweh, “My punishment is greater than I can bear! Today you have driven me away from the soil, and I shall be hidden from your face; I shall be a fugitive and a wanderer on the earth, and anyone who meets me may kill me.”

Then Yahweh said to him, “Not so! Whoever kills Cain will suffer a sevenfold vengeance.” And Yahweh put a mark on Cain, so that no one who came upon him would kill him. Then Cain went away from the presence of Yahweh, and settled in the land of Nod, east of Eden.

“The ground” was already accursed (Genesis 3:17), and connected with death (Genesis 3:19), because of his father’s sin, and now Cain is cursed with respect to the ground (Genesis 4:11): he is driven from it. Cain is unable to farm any more (4:12), becoming a “fugitive and a wanderer” (Genesis 4:12, 14). The punishment is fitting because this very ground, Yahweh points out, “opened its mouth to receive your brother’s blood from your hand” (Genesis 4:11).

Cain complains about the sentence because he will not be able to bear it (Genesis 4:13). Far from indicating “whimpering self-pity” and the absence of contrition (per Turner),[28] Cain’s response is not totally incongruous with King David’s (cf. 2 Samuel 12:13, 21-23), in that Cain’s central lament is, “I shall be hidden from your face” (Genesis 4:14 cf. Psalm 51:11, 14). This banishment from God, not the lack of farming opportunities (contra Turner),[29] was the primary sting of the punishment (Genesis 4:16).

Hartley finds it “astonishing that Yahweh did not sentence Cain, the first murderer, to death”,[30] but does not say why. God has not yet pronounced a death penalty for murder, nor for any other crime (including the fruit: Genesis 2:16-17; 3:3-4 cf. Genesis 3:21). The institution of a death penalty is not even the subject of 4:15 (since one obviously cannot be killed seven times). The judicial death penalty is only introduced in the post-diluvian world (Genesis 9:6), after God has enacted a global death sentence in the Flood. Hartley’s astonishment reveals another anachronistic interpretation, which fails to read the story forwards.

In keeping with his previous treatment of Adam and Eve, Yahweh provides for Cain’s ongoing protection in exile (Genesis 4:15 cf. Genesis 3:21). This is precisely in keeping with the longsuffering, loving, provident God of Creation, as distinct from the dangerous, ominous, capricious, vindictive contemporaneous pagan gods of the Ancient Near East.

The Moral of the Story

The story has one primary moral, which is simply and clearly presented: God will approve a person who does what is right.

Old Testament scholars don’t get it because they are too busy trying to ascribe countless miniscule fragments of the text to a range of potential authors across a time period of up to a thousand years, and are trying to use their assumptions as a hypothesis of the history of Israel. Of course, the only evidence they have to support their assumptions is the hypothesis itself, and the whole thing is a stupendous, circular argument.

New Testament scholars don’t get it because since the time of the Reformation the Protestant movement has been trying to convince itself that God does not accept anyone just because they do well, because they are trapped in the mistaken Middle-Ages rhetoric which assumes that the 1st Century Jews were trying to “earn their salvation”, and Jesus saved them from that plight. It isn’t true. In fact, Romans 2 specifically says that the human conscience is sufficient to be accepted by God (Romans 2:7-15), and Jesus told that whole “Sheep and Goats” story (Matt 25:31-46) to make this very point: God will accept those who are living godly values, irrespective of their intellectual approval (or even their awareness) of Christian dogma.

Christian apologists don’t get it because they are almost universally convinced of an Augustinian assertion that humanity is inescapably and terminally, inherently sinful. This assertion runs contrary to the narrative, as we see above, but has for 1500 years essentially formed the orthodox view of the human condition since Augustine managed to silence Pelagius in a debate which has since been lost in the mists of time, but which ultimately rests on philosophical Determinism, which has implications on such questions as “free will”, and how that relates to “Original Sin“.

So the theologians wrestle and writhe over this very simple little story, a story that a child could understand.

“If you do well, will you not be accepted?“