Christian Conversion: A view from the inside 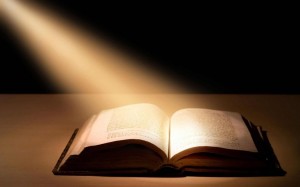 I thought I’d just whack down some thoughts about my own conversion to faith. It’s not expert poetry, it’s constructed with the simplest of metres and most elementary rhyme, but it suffices to carry the message.

A mere man, in truth,

Quite normal to most.

But with little to boast.

The world, a setting in which to make a life.

Getting ahead, where others come undone,

And learning from those who have had a good run.

When suddenly, facing an impossible stare,

I’m before the throne, where none should dare.[1]

“But that’s not why I’ve brought you here”,

Says the voice of the One, reaching heart before ear,

And seeking, I find, as he promised I would.[5]

And I find in him all in a man which is good.

I ask and receive, my knocking is heard,[5]

He is clean, and I know that I am not,

But his love, not my shame, is what I’ve got.

This is the Word that divides, even soul from the spirit.[9]

He asks me the question; a mortal blow.

My weakness of faith makes a drawn out affair;[11]

I was granted my freedom but took months to get there.

But the one who spoke was faithful indeed.[12]

I am cleansed and made worthy to be in the Seed.

“But purchased with blood; you are mine”, replied he.[14]

“Yours indeed, take me home”, the sojourner sighs.[15]

“No, son. You have yet to open your eyes”

One like a lion was prowling, and willed to devour.[18]

The people were helpless, without any power.

The wicked were getting away with it all,

and the people were stuck in the shame of the Fall.

“What is this you are showing me, Sovereign and True?

Aren’t all of these people depending on you?”

But his silence bound me to look on and learn,

Pulling right and then left, but unable to turn.[19]

But the people were saved, and clothed in skin.[21]

Then violence began and it grew all around,[22]

With Abel’s blood telling it all from the ground.[23]

A promise, a rescue, a land filled with honey,[24]

But people were turning to sex-gods and money.[25]

A vineyard, forsooth, but the tenants uprising,[26]

Killed prophets, and even the son were despising.[27]

And now its the same, as the godless are scoffing,[28]

Their gods are their bellies, they glory in shame,[30]

And they curse all their problems with God’s holy name.

I retched and I writhed, and I sobbed in disgust,

“Help them, dear God. They are all doomed. You must!”

Then I saw something new in the good lion’s mane,[31]

He was there all along: the Lamb who was slain.[32]

Many, who don’t know their left from their right,[33]

Were living in darkness when dawned a great light.[34]

The light was the life of mankind and was shunned,[35]

Though for them who believed, a new life is begun.[36]

Wealth and worries abound, to choke the good seeds.[39]

But a gardener fears neither weed nor weather,

Loving his garden each day, and protecting forever.

He has sent me thus, to care for his own;

To tend the shoots, and to harvest what’s grown.[40]

But there is hope for us yet in the Words of Life.

The Spirit of God is upon me to say:

“See thou, ye blind men, and prisoners away!

Hear all ye deaf, and walk ye, the lame.

I start to perceive, though dimly at first,[42]

Why the words that I speak seem to satisfy thirst:[43]

My God is not idle, but in me, and speaking.

A scandal for sure, wrought for those who are seeking.