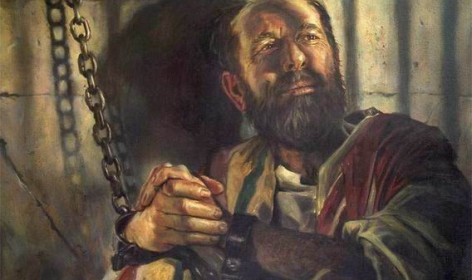 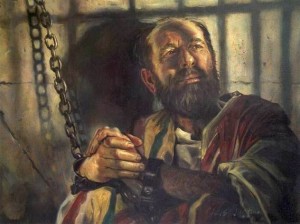 Today at church we sang “Let it be Jesus”, a beautiful song of worship (Click here to listen to it) that had me streaming tears. It occurred to me, however, that many of those singing one of the refrains, “For me, to live is Christ”, probably would not understand what it means in its original context.

What the songwriter means

Christ Tomlin is an amazing song writer. I respect his work. He is saying something worth saying. But in this case, he really isn’t grasping what Paul was trying to say when he wrote this. Paul wasn’t saying, “in good times or in bad, I rely on Jesus”. Not here, anyway. That arguably was Paul’s point later in the same letter, at 4:11-14 when he wrote this:

Not that I am referring to being in need; for I have learned to be content with whatever I have.

In any case, it was kind of you to share my distress.

But here, in the first chapter, that’s not what Paul is talking about.

What the Bible means

I thank my God every time I remember you, constantly praying with joy in every one of my prayers for all of you, because of your sharing in the gospel from the first day until now. I am confident of this, that the one who began a good work among you will bring it to completion by the day of Jesus Christ.

On the strength of that confidence, he assures them that the Philippian church is participating with him in his ministry, though he is imprisoned and they are not.

It is right for me to think this way about all of you, because you hold me in your heart, for all of you share in God’s grace with me, both in my imprisonment and in the defense and confirmation of the gospel.

This is completely consistent with Paul’s view of the church as one body, with many intimately connected members, expressed in 1 Corinthians:

Compare all this with the way Paul describes things in another of his letters from prison, this time to the church in Colossae:

I am now rejoicing in my sufferings for your sake, and in my flesh I am completing what is lacking in Christ’s afflictions for the sake of his body, that is, the church. I became its servant according to God’s commission that was given to me for you, to make the word of God fully known, the mystery that has been hidden throughout the ages and generations but has now been revealed to his saints. To them God chose to make known how great among the Gentiles are the riches of the glory of this mystery, which is Christ in you, the hope of glory.

In other words, Christ suffered for the church, and as an apostle I serve that church, in turn I am really suffering for you, all so that you might gain this incredible gift – “Christ in you, the hope of glory”.

Paul continues talking about how his imprisonment has benefitted the church. Rather than disgracing the church, it has emboldened the believers because they are learning not to fear imprisonment and death:

… most of the brothers, having been made confident in the Lord by my imprisonment, dare to speak the word with greater boldness and without fear.

Now we’re getting closer to Verse 21, where Paul makes his declaration, “for me, to live is Christ”. The next part builds right up to it…

What is happening here? Some people are repeating what Paul has been teaching with the intention of damning him… but as they do, they are actually spreading the Gospel message. Not only that, they are increasing Paul’s suffering, which in itself is valuable in the scheme of things as an example to the believers. So whether it is Paul’s emboldened brothers preaching it up, or his nasty detractors trying to defame him, the spread of the Gospel is happening anyway. The spread of the Gospel is actually something that causes Paul to remain in chains, destined to die, but what Paul is saying is that this is ok, indeed it is very good.

So then, Paul is rejoicing in things that will cause his own pain and death because he can see that his pain and death is for the benefit of the church. Sound familiar? That was Jesus’ attitude! For just one little example:

From that time on, Jesus began to show his disciples that he must go to Jerusalem and undergo great suffering at the hands of the elders and chief priests and scribes, and be killed, and on the third day be raised. And Peter took him aside and began to rebuke him, saying, “God forbid it, Lord! This must never happen to you.” But he turned and said to Peter, “Get behind me, Satan! You are a stumbling block to me; for you are setting your mind not on divine things but on human things.”

So then, we come to the phrase in Philippians chapter 1 that we are quoting in the song, “Let it be Jesus”, in it’s full context:

It is my eager expectation and hope that I will not be put to shame in any way, but that by my speaking with all boldness, Christ will be exalted now as always in my body, whether by life or by death. For to me, to live is Christ and to die is gain.

The other half of the sentence

Ok. So “To live is Christ” is half of a statement. The other half is “and to die is gain”.

When Paul says, “to die is gain”, he means that his anticipation of death is glorious (“my desire is to depart and be with Christ, for that is far better” – verse 23), but he also means that his death will serve the church (“Christ will be exalted … by [my] death” – verse 20).

When he says, “to live is Christ”, he means that he is imprisoned, yet falsely accused, suffering, yet innocent. He means that this suffering is of benefit to the church, glorifying to Christ, and gives meaning to Paul’s life and ministry. He means that he is sharing in Christ’s afflictions for the sake of the church. “To live” is to share in the experience of Christ, and that experience was glorious, brutal, fatal, and salvific.

I love this song

So when my church sings this song, what I mean when I sing, “for me, to live is Christ” is this:

It’s a bold thing to say, and I mean it… hence the tears. I don’t know precisely what other people think when they sing it, but for me… to live is Christ.