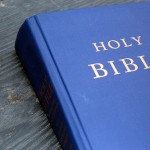 God and the Law in Queensland – A Juror’s Perspective

I’m on jury service at the moment. I’ll preface my remarks by reassuring everyone (including your Majesty), that I won’t disclose details of defendants, cases, witnesses, etc.

I was mildly surprised, in my initial introduction to the Queensland Criminal Justice system as a juror, to find so many mentions of God in the functioning of our criminal courts. Given the hype generated in the USA about any reference to God in any publicly-funded institution, I guess I was expecting that Australia had at least substantially reduced those mentions, or removed them altogether. I was wrong.

What is God’s role in the courtroom? What should it be?

“God Save the Queen”

In the introductory video for the jurors, a court official announces, “God Save the Queen”. What does that mean?

After a very brief search, I found only two reasonably serious suggestions (oft repeated), but they were from people who were kind of guessing:

I doubt that either of these is the intention of the statement.

I would suggest that it resonates alongside another royal proclamation, “The king is dead; long live the king!” (Obviously the gender can be switched to “Queen” as appropriate). 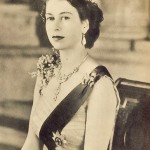 This proclamation, which I call one single sentence, is an expression of continuity of the monarchy, despite the death of the monarch. There is no moment at which the throne is “empty”, from a political point of view, even if some time will pass before a coronation, etc. The succession of the monarchy is designed to ensure this continuity, and therefore to avoid bloodshed. Sometimes it works…

When Queen Elizabeth II dies (may it be a long time yet), if she is still the reigning monarch at the time, it may be appropriate to proclaim, “The Queen is dead; long live the King”, because whoever ascends the throne next will be a king, not a queen. The saying kind of loses it’s interesting character in this form, however, and since it isn’t part of royal protocol it probably won’t be uttered at all, except perhaps by late-night TV talk hosts.

“God save the Queen” is, I suggest, a similar sentiment. Although addressed to the monarch, it refers to her role as the embodiment of the monarchy. It is a prayer upholding the perpetuity of the monarchy as the ruling entity: the head of the political and judicial system of the nation. It does not, I suggest, actually set out to intercede for the individual person except insofar as the individual fills that role at present. There is no similar proclamation for a monarch who has abdicated, “God save the former Queen”, for example.

Is this relevant, in a secular society?

Whether our society is “secular” or not (and politically speaking, it essentially is), is not the point. There is only one single source of authority on which the monarch of the British Commonwealth rests: God. Australia declares her sovereign officially to be:

Elizabeth the Second, by the Grace of God Queen of Australia and Her other Realms and Territories, Head of the Commonwealth.

One can be a Buddhist, or a Muslim, a Neo-Pagan or an Atheist Humanist, but one cannot separate the monarchy from God because it is purely by God’s grace that she reigns. She has no humanist or secular basis for claiming headship over the Commonwealth except that she is the Empress Regnant of the erstwhile British Empire (now “British Commonwealth”), and that role is inextricably also, “defender of the [Christian] faith”. In other words, if it is not by the grace of God, then it is by force of arms that she rules, but even that being the case, she rules as a Christian ruler. But let’s be clear: in no way is the Queen, as an individual, democratically mandated to rule in Britain, let alone in Australia. Her monarchy over Australia is enshrined in our Constitution, and can be changed by a referendum, but Queen Elisabeth II as an individual is Head of State by succession, not by election.

The Queensland Criminal Court sits at Her Majesty’s pleasure, and in her authority. The matter brought before the court today was being decided between the defendant and “the crown”. In other words, a person charged with a crime in Queensland is transgressing against the authority of the Queen of Australia, and she in turn, is Queen “by the grace of God”.

“Well may we say God save the Queen”, as Gough Whitlam said (in a somewhat different context…). It would seem that there would be significant constitutional issues in any attempt to remove such a prayer from the courtroom.

Bloody oath! I can swear in court?

Any juror who is to be empanelled is required to take an oath concerning their responsibilities. The default way to do this is by placing one hand on a Holy Bible and by saying, “So help me God”, after the oath is spoken by the court official. Provision is made for those who have an objection of conscience to swearing oaths: A form of words is provided which states that they maintain such an objection in conscience, and binds them to the same responsibility as a solemn undertaking instead of as an “oath”. This option is made available only if requested.

I’m not sure if it would be appropriate to reveal the number of jurors who refused to swear on the Bible on the day I attended court, so I won’t. But based on my experience so far, if I were a betting man, I would wager that the proportion who do object on average, is probably substantially less than one in twelve…

Firstly, I find it interesting that the only valid objection available appeared to be one against swearing oaths. By electing not to use the Bible, the person is required to state that they object generally to the swearing of oaths. I don’t know how someone who is comfortable with oaths, but who does not recognise either the Bible or God should proceed.

But again, this reflects the one in who’s name the proceedings are being held: “by the grace of God, the Queen of Australia”. Because the court is explicitly convened in Her Majesty’s authority (and because she is explicitly the “defender of the [Christian] faith”, at least in her UK realms), it makes sense for her to expect oaths to be sworn on a Bible, or under protest presumed to arise from Jesus’ words in Matt 5:33-37, to make a solemn declaration instead. The jurors, like everybody else in the room, will be held accountable to their undertakings on Christian grounds, because those are the grounds on which Her Majesty reigns. To break those undertakings is to break the law.

The Queensland Oaths Act 1867 is available online here. It actually appears to provide for solemn undertakings in place of oaths without the confession of an objection to swearing oaths, but that nuance is not available in practice, according to the wording of the alternative text provided.

See my blog on this subject: Should Christians Swear Oaths?

In that article I look at what Jesus (and others) say about oaths and conclude that what Jesus meant when he spoke against oaths was a reference to the Third Commandment, which deals with swearing an oath flippantly. The solemnity of a courtroom is an appropriate setting for an oath (and I note several other appropriate settings).

My final reflection on the “So help me God” oath of the courtroom is: “Indeed, those are the words under which I live and breathe every day of my life, so help me God“.