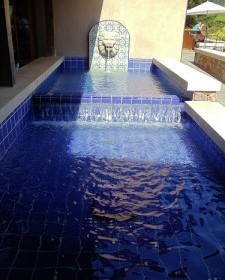 Infant Baptism: Yes, or No?

Should we Baptise infants or not? 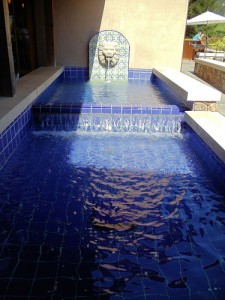 My view on Infant Baptism attracted some interesting feedback from a lecturer: “Some original and neatly articulated theological reasoning”. If I’m right, of course, it’s not “original” in the sense of being a new invention, but in the sense of being the reasoning which produced the Scriptures in the first place.

Unfortunately it can’t be proved, but it’s worth considering.

Further discussion drew us to the conclusion that if I’m right, modern Evangelical notions of the nature of Salvation require some review. I already think so anyway!

The Question of Infant Baptism

The question of whether or not to baptise (or “Christen”) infants is a hot topic. There are passionate advocates of both positions.

Baptising a child is called, “Paedobaptism”. For long periods of church history it was virtually the only way things were done. When a child was born, arrangements were made to have them Baptised.

The alternative is “Believer Baptism”. This refers to the requirement that the person being Baptised must be old enough to make an informed faith choice, and that Baptism is the active part of that choice.

Some of the Arguments

The points raised on each side are numerous, but some of the main ones are:

Ref: Donald Bridge and David Phypers, ‘The Paedobaptist approach’ in “The Water that Divides“(Leicester: IVP, 1977) chapter 2.

None so Blind as Will Not See

It’s a frustrating thing, when obviously well informed and intellectually people resort to silly word games and seem oblivious to their own departure from common sense when they are pursuing an ideological point. Both sides observe what ends up being the key to understanding infant Baptism (in my view), and both fail to understand it because simply it doesn’t support their own exclusive view.

The key is that whole households were Baptised!

But this does not automatically mean that all infants should be Baptised. In fact, the Paedobaptists come close the the solution but veer away from it under the irresistible control of their ideological predisposition.

Initially, they say that in the 1st Century, “decisions made by the head of a family directly and almost unquestioningly affected all its members”. That’s true, and it is radically different from the society in which we find ourselves today. But they then veer into wild speculation, “infants born later into these families would automatically have been baptised at birth”. Really? On what evidence is this based? Just an anachronistic presupposition that, if one child is baptised, then all children can and should be baptised. I don’t see the connection at all.

The Believer Baptists simply dispense with “the whole idea of family solidarity” as being irrelevant on the grounds that Jesus preached:

‘a man against his father,

a daughter against her mother,

a daughter-in-law against her mother-in-law

– a man’s enemies will be the members of his own household.’”

… so they would have us believe that Jesus intends to turn an infant against their parents…? Come on, gentlemen. You’re getting embarrassing.

{All quotes of one side of the argument or other are taken from Donald Bridge and David Phypers, “The Water that Divides“(Leicester: IVP, 1977), hence “gentlemen”}

Most church traditions who practice infant Baptism also practice a “Confirmation” rite when the child is old enough. In a sense, this is splitting the Believer Baptism into at least two elements, one of which is practised early (in a Sacramental way) and the other later (as an expression of faith). This is another way of potentially resolving some of the theological difficulties, but its main problem is that most believers have no idea what the distinction is. The result is that people are then confused about what Salvation is, too.

But that’s a topic for another time.

As I allude above, I’m with the Paedobaptists as far as affirming that infants would naturally have been Baptised as the head of the family became a Christian. That would have been normal behaviour. Not only the wife and kids, but the servants also, if there were any.

But what does that have to do with subsequent children?

Both the Believer Baptists and the Paedobaptists mention 1 Corinthians 7:14, which says:

The Believer Baptists simply dismiss it out of hand, and fail to grapple with it. But the Paedobaptists recognise that the reference to “unclean” is a reference to “gentile”, which parallels to “outsider” of the faith. They cite this as support for the argument that household baptisms included infants. I agree!

But what the passage is saying is that if one parent is a Christian, then the children are already holy! In other words, they are born within the people of faith! This is an argument for household Baptism (because children do need to be made holy), but potentially against Baptism of subsequent infants (because they are already holy). We need to discover what “holy” means in this context – because if it means that they “already are Baptised”, for example, then they don’t need Baptism at all… Wouldn’t that put a cat among the theological pigeons!

But I don’t think that’s what it means. Let’s keep the cat indoors for now.

What caught my eye was a reference, in the 1960’s Roman Catholic publication, “Lumen Gentium”, which referred to the spiritual state of someone who is a “catechumen” (someone being prepared for Baptism) if they should die un-Baptised:

Catechumens who, moved by the Holy Spirit, seek with explicit intention to be incorporated into the Church are by that very intention joined with her. With love and solicitude Mother Church already embraces them as her own. – Lumen Gentium Clause 14

This relates to the extremely long (up to two years) period of a catechumen’s discipleship in preparation for Baptism in the early church (albeit not as early as the Book of Acts account, where the Baptisms are immediate, but well attested of the believing community prior to Constantine).

What if a child born into a Christian family is like the catechumen – being prepared for [believer] Baptism?

I can’t prove it. In fact, I admit that I’m doing some interpreting of 1 Corinthians 7:14, and relating it to catechumen in a way that Scripture doesn’t explicitly suggest. But what I’m doing here is presenting a solution which doesn’t require any of the nutty, comical, and downright tricky little twists being offered by both “sides” of this debate. I would argue that the “sides” represent a false dichotomy in the first place, and that my view can be supported throughout Scripture, even if it can’t be “proved” by Scripture.

Far from being novel, or in that sense, “original theological reasoning”, I rather hope, just quietly, that my view is at least 2000 years old.

What Does This Mean for Modern Infant Baptism?

Frankly, if I meet a family which understands itself sociologically and spiritually to consist in their household head (as the 1st Century Roman families did), and that head becomes a Christian, then I would loudly support the whole household being Baptised, including infants. It seems unlikely that this would happen in the modern white Australian context, but it could just be something a Traditional Indigenous family/clan might consider appropriate.

In any other case I would suggest that Baptism of infants is not required, and could be the cause of confusion in that child’s later life as they try to comprehend what it means. I’m still not certain that I would object, however, if the family strongly felt that Baptism was appropriate for their child. Such a feeling would indicate some sense of the spiritual family solidarity it represents.

Do you notice how I have assiduously avoided equating Baptism to Salvation? That’s deliberate.