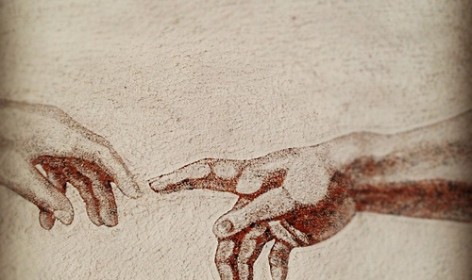 Is the Bible actually “the word of God”?

In what sense is the Bible, “the word of God”? 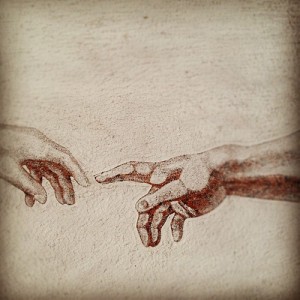 This sounds like a simple question to answer, but it is actually a long-running and very heated debate amongst Christians. Many claim that the Bible is “the word of God”, but they often mean different things by that statement.

Either extreme is simple enough to defend dogmatically (extreme positions always are…), but each has some very dire problems when brought outside the home-crowd cheer-squad into the atmosphere of “apologetics” (explaining your views to people who don’t necessarily agree with them). In that light, both extremes fall down very badly.

The (extreme) liberal view is simply wishy-washy. If the Bible is nothing more than the spiritual ponderings of various people then it has no special value and certainly no authority in the Church. A liberal is free to suppose whatever they like about the divine, and then find in the Bible (or any other reflective document) whatever seems to agree. This makes Biblical apologetics meaningless because the liberal has no particular sense of authority in the Bible in the first place.

The (extreme) conservative view is equally unable to stand in the cold light of day (but is even more appealing to the “amen” home-crowd). If God dictated the Bible word-for-word then it is reasonable to expect that every detail recorded in it would be true. Indeed, the conservative will insist that this is so! When shown any one of the many dozens of little contradictions and inter-textual problems, the conservative puts the problem in the “to be resolved” category insisting (by faith) that all such discrepancies will be resolved in the future.

To the fair-minded Atheist, this has all the appearance of a bloody-minded attitude. To them it’s like saying, “2+2 might not be 5, but one day we will resolve the reason why the Bible says that it is, and then you’ll see that the Bible doesn’t contain any errors”. To the conservative it seems like a faith-declaration, but to the Atheist it just seems intellectually dishonest.

Besides, if God dictated the Bible word-for-word, why do different Biblical texts exhibit distinct idioms and style? Surely it must be admitted that there is at least some human agency involved. And if so, do we then have to root it out to get to the “real” divine words “of God”…?

Not that the “middle ground” is any safer! The view that God chose certain prophets and apostles to write the Bible, and that they were guided to write authoritatively correct things (but not actually dictated the particular words to use), is also a vulnerable position. It means that God chose particular authors, and that those authors are “authoritative”. But many serious doubts that have arisen over the authorship of various books in the Bible! If a particular text is found to have been written by a different author, is it then not-authoritative?

If Paul didn’t write Hebrews, for example, and if we don’t know who did (as many scholars believe), then why is it in there? Should we tear it out? What about the (many) fairly certain instances of (particularly Old Testament) texts being edited into their final form, perhaps at one time but sometimes perhaps over long periods and in several stages? Is it only the words of the original author that are authoritative (even though we can’t be sure which ones those words are)?

Should we say that God was superintending the process of editing, and was guiding the redactors and editors so that they would eventually produce precisely the final document we have today? Some say exactly that. Again, to the Atheist, it all sounds more than a little contrived. Jesus appears to have considered Moses to be the author of the Pentateuch calling those writings, “Moses”, after all. If Moses didn’t write it, was Jesus mistaken?

Oh, and what exactly is that “final form”, anyway? Which of the several Hebrew sources of Old Testament documents should be considered authoritative (or should it be the Greek Septuagint version?), and which of the various Greek manuscripts of the New Testament, which contain minor inconsistencies between them? Are the early Latin translations, like the Vulgate, possibly more authoritative than some of the later copies of Greek documents we have? Because, you see, between the various Latin sources there are some discrepancies, too… (for a look at a few, See This Article in the Catholic Encyclopedia)

Rather than focussing exclusively on the connection between God and the words on the page, I suggest that it is more fruitful to step back and ask whether there is any evidence that God was involved at all. That evidence may not be contained within the pages of the Bible. I suggest that it is contained within the Church – the community created under the contemplation of the Bible.

That community takes the shape predicted in the Bible, which is consistent with the stated aims of God. It seems that the Bible is the appropriate tool for the divine job of building the Church, and in that sense we can conclude that it must be a divine instrument. As to how it came to be the form in which we have it today, see: Where did the Bible come from?

This article is merely concerned with the nature of the Bible’s “inspiration”. It is just one part of explaining the whole phenomenon of the Bible. The whole explanation comes together here: The Holy Bible: An Explanation for Atheists