Jesus’ strange sayings about God: Not so strange after all 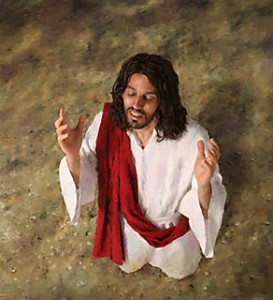 I was in discussion recently, and this topic arose. Some of the Christian rhetoric around the “Trinity” doctrine and other Christology can be hard to follow, and I get that. In fact there have been some fairly substantial squabbles in the history of Christian contemplation around the topic of the nature of Jesus’ deity, including the prominent “Arian Controversy” of the 4th Century.

As with all such controversies, beginning with the right questions, and understanding things the way they were intended to be understood, makes seemingly intractable problems simply dissolve.

Challenge: The Sayings of Jesus

Jesus said various things which, when listed together, can seem hard to reconcile:

“about that day or hour no one knows, neither the angels in heaven, nor the Son, but only the Father” – Mark 13:32

“Very truly, I tell you, the Son can do nothing on his own, but only what he sees the Father doing; for whatever the Father does, the Son does likewise.” – John 5:19

“The Father judges no one but has given all judgement to the Son” – John 5:22

“Go therefore and make disciples of all nations, baptizing them in the name of the Father and of the Son and of the Holy Spirit” – Matt 28:19

… I could include countless others. There is a tension between the ones that seem to make Jesus distinct from “my Father”, in first-person prayer and also by third-person reference, and those where Jesus is claiming to actually be the Father in some way.

Further, there is the Christian affirmation that there really is only one God! A common creedal assertion is that there is “one God in three Persons”, using several different wordings but meaning the same thing. And if Jesus is that God, and is praying to… well, anyone, then what’s with that?

Ok. That was the “problem”. It may comfort you to know that there is a solution.

It is vitally important to grasp this point:

Jesus was attacked for referring to God as “my Father in heaven” (See John 5:16-18), not because it was a claim of polytheism, but because it made Jesus “equal with God”. If he had been a polytheist they just would have ignored him as a lunatic. Nobody asked him any questions about how there could be “many gods”, but they certainly wanted to know how dare he claim the prerogatives of God, such as forgiving sins (Luke 7:49), or in the immediate John 5 context, breaking Sabbath (John 5:16).

So when someone complains that Christian doctrine involves more than one god, they are misunderstanding what Jesus said. The initial hearers were fiercely monotheistic, and would have rejected Jesus’ teachings immediately on the grounds of polytheism if that’s what they heard him teach. They didn’t. They had other objections, but not that one.

In fact, his hearers heard him clearly and understood him just fine. In order to grasp what he was saying as they did, we need to appreciate the terms he was using in the context in which they were used:

One of the most important terms Jesus used is “son of God”. I have done a detailed analysis of that term in another post:

Essentially, it is supposed to be understood first as a sociological term. Here are a couple of excerpts from that article:

It is axiomatic in Jewish thought that in some real sociological way the identity of a father is represented and perpetuated in his [firstborn son], and by extension also in all of his offspring.

Jesus is making a revealing statement about his use of the term “father” with respect to its culturally loaded theological and sociological implications.

As the true archetypal son, and therefore the projection of the identity of his father, he rightly exercises any and all of his father’s prerogatives and enjoys the respect due toward his father.

Finally, however, it becomes more fruitful to begin with the “sonship” motif itself, and allow the Biblical use of it to inform our understanding of the cultural expectations of Jesus’ community with respect to their first sons.

How words like “Israel” provide a key to understanding

“Israel” is a Biblical term which always refers to a particular person. That person is the grandson of Abraham and the brother of Esau, originally named “Jacob”. This is what the Bible means by the term “Israel”. It also always refers to a family which originated from that man. It refers to the “Twelve Tribes”, which are made up of his immediate family, and everyone who descended from those people. It also includes anyone who has been grafted into those families by measures such as circumcision (Exodus 12:48), whether they are still alive or have died. In short, it refers to a multitude.

These two are the same thing: The person Israel is, as progenitor of all who issue from him, their corporate identity. It is not possible to separate the concepts of an individual and his offspring. By way of example, look at the idiom used to describe Levi, who would not be born for over 400 years, but who’s ancestor would be Abraham:

One might even say that Levi himself, who receives tithes, paid tithes through Abraham, for he was still in the loins of his ancestor when Melchizedek met him.

As we can see here, the fact that Levi would one day be born from a descendant of Abraham places him “in the loins of his ancestor“. In the same way, even when Jacob was still in his mother’s womb, grasping his brother’s heel (Genesis 25:26), all of the multitude of Israel are considered to be “in the loins” of Jacob! Why? Because if Jacob had died as a baby, none of those people would ever have been born, so where were they? In Jacob.

The same is true of the king of Israel in a related sense. The king represents all of the people collectively in a number of ways. For any Israelite king it was possible to say any and all of these statements:

Back to Jesus’ sayings…

Now, anyone who understands this simple principle of Hebraic thinking will have no trouble comprehending what Jesus was saying. Glance back at that list of “difficult” sayings again, and consider:

In a directly parallel way to what we have seen concerning “Israel”, it is therefore entirely possible for Jesus to say:

… without any contradiction, and without there being “many gods”. There are not, after all, “many Israels”.

One God, “Above all, Through all, and In all”

In conclusion, I want strongly to suggest that this interpretation I am presenting is precisely what the Apostles understood to be the case. They also were not concerned about “polytheism”, because they had no intention of inventing multiple gods.

This may now start to become more apparent as we re-read some familiar passages like this one:

There is one body and one Spirit, just as you were called to the one hope of your calling, one Lord, one faith, one baptism, one God and Father of all, who is above all and through all and in all.