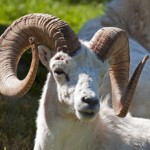 What does it mean: “the Lamb of God”? 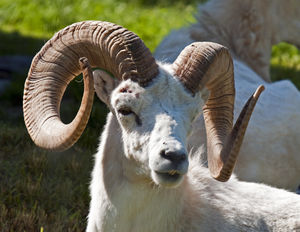 John (the Baptist), in the Gospel according to John (the Evangelist), uses the expression “the Lamb of God” to introduce Jesus (John 1:29). Scholars debate the origin and intended meaning of this phrase.

Carson gives the possible interpretations as:

Schnackenburg introduces a fourth: “the Lamb as a sacrifice for sin”.[4]

Lambs in the Bible

The Bible uses an array of motifs involving lambs, sheep, rams, livestock, flocks, shepherds, and related concepts. The list of four above represents a subset, with which the “Lamb of God” could have been making connection.

What does “taking away sin” mean?

Some of the defining contours of the debate arise from various possible ways of understanding two key Greek terms in the sentence, “ὁ ἀμνὸς τοῦ θεοῦ ὁ αἴρων τὴν ἁμαρτίαν τοῦ κόσμου” (“The lamb of God who takes away the sin of the world”). The debated terms are ὁ ἀμνὸς (“the lamb”), and ὁ αἴρων (“the one taking away/removing/destroying [sin]”,[5] or some say, “the one bearing [sin]”[6]).

The trouble with lambs.

The trouble with ὁ ἀμνὸς is twofold. Firstly, as listed above, there are several possible Biblical and extra-Biblical precedents involving lambs, several of which have been said to form the background of this term by different interpreters. Secondly, both in the Hebrew Old Testament and in the Greek translation of it (LXX), there are multiple words which can be translated “lamb” in English. Some commentators consider this to be relevant in discussing which of the allegories might be intended in John 1:29.[7] Others dismiss the differences completely.[8]

The trouble with taking away sin.

Therefore, the ways in which these key terms are interpreted will indicate which of the possible background motifs was being appropriated. In turn, the meaning we attribute to the title, “the lamb of God”, will affect our interpretation of other aspects of the Fourth Gospel and related texts. This can create a circular argument. For example, Keener attempts to infer a vicarious death in Jesus’ self-descriptions (John 10:11,15), and also in the comments of Caiaphas (11:50; 18:14); but in the former case Jesus is talking about selfless leadership, and in the second, Caiaphas describes a “scapegoat” killing of Jesus (so Schneiders).[14] Keener goes on to find that “the Revelation lamb is a Passover lamb”, because he “delivers God’s people from the plagues”,[15] but these motifs don’t match Exodus at all: The people were delivered from “the wrath of the Lamb” in Revelation (6:16), and “the blood of the lamb” is a reference to martyrdom (7:14; 12:11).

Further complicating the task, commentators at various times have conflated the ideas of the paschal lamb and the propitiatory Levitical sacrifices in a way not suggested by the Old Testament: Generally lambs were not expiatory sacrifices.[16] This conflation of ideas often happens with reference to the Suffering Servant passage in Isaiah 52:13-53:12. In that passage a lamb dies atoning for sin (v10,12), and the passage is recognised by the early church as a prefiguring of Christ’s death on the cross (cf. Acts 8:32-35).[17] In a motif equally important to the early church, Christ was also prefigured by the paschal lamb, whose blood ensured sanctuary from the wrath of God (1 Peter 1:18-19; cf. Exodus 12:13). As important as these types were, and despite the “lamb” motif in common, there is no evidence that they had been conflated into the single idea that the death of the paschal lamb was an atoning sacrifice, at the time the Fourth Gospel tradition was formed.

It is possible to see that the Passover is deliberately represented as an important feature in the Fourth Gospel,[18] but in general, as Burnhope says, “by choosing Passover to explain his death, … instead of the Day of Atonement, Jesus was choosing images of divine protection and liberation [instead of Penal Substitutionary Atonement]”.[19]

The Lamb as the apocalyptic lamb

Under the interpretation of “lamb” as referring to the apocalyptic lamb, the Baptist is announcing Jesus as the delivering, conquering, apocalyptic, Davidic messiah who will put an end to sin. This accords with Jesus’ introduction in all of the other Gospels, in which he is not introduced as a victim but as promised victor (cf. Matthew 2:2; Mark 1:1, 8, 10-11; Luke 1:32-33; 2:11, 26-32).

Carson believes that the Baptist intended the apocalyptic meaning, but instead of the “standard apocalyptic term”,[20] “ἀρνίον”, Carson thinks the Evangelist deliberately used the word “ἀμνὸς” instead, to open “interesting theological possibilities”,[21] like that of the Suffering Servant.[22] However, Isaiah 53 (LXX) employs two separate words in similes for the Servant, one of which is “πρόβατον” (v7, cf. v6).

Commentators who disagree with the apocalyptic lamb view do not disprove it, but dismiss the connection with the Revelation lamb as, for example, “hardly possible”,[23] or with the 1 Enoch lamb as not “worthy of special attention by the Baptist or the Fourth Gospel”,[24] or find that the Baptist may originally have been referring to it, but that the Evangelist was not, when quoting him.[25] They go on to emphasise connections with other themes instead.

The Lamb as the Suffering Servant, paschal, or sacrificial Lamb

Allusions to Isaiah 53 “are deeply imbedded in the work of all the principal NT writers as well as the early fathers”.[26] We can also see that “it was obviously important for John [the Evangelist] that Jesus died precisely when the Passover lambs were being sacrificed”,[27] and the New Testament is replete with sacrificial and propitiatory terminology (eg. Hebrews 9). Commentators who connect John 1:29 with any one of these ideas generally also connect it with the others, ultimately conflating them to a large degree.

Keener finds the paschal context “primary”,[28] but only by supposing that the Fourth Gospel already assumes these three distinct concepts to be overlapping based on “Jesus traditions”,[29] such as Mark 10:45 and 14:24. Those utterances do happen to refer to “ransom” and “blood”, but Keener’s reading of them relies on a questionable, presupposed connection between them and the paschal lamb. This is a circular argument.

Carson also says that the Evangelist has implied sacrificial themes, despite concluding that the Baptist intended to indicate the apocalyptic lamb instead.[30] Schnackenburg argues for a conflation of the three sacrificial motifs,[31] calling them “two” because he has already unwittingly conflated the paschal and propitiatory sacrifices in his own mind, but he nevertheless concedes that the Baptist would not make such a connection.

In short, these commentators accuse the Evangelist of placing a postdictive anachronism in the mouth of the Baptist, even though Carson, one of those who make this claim, points out elsewhere how “persistently careful” the Evangelist is about taking care to avoid the potential for this very issue.[32]

Those who say that the Evangelist presents the expression as sacrificial lamb often recognise that the Baptist intended instead to refer to Jesus as the anticipated eschatological Davidic Messiah, who would rid the world of sin. In the absence of solid evidence otherwise one should assume that the Evangelist faithfully reported the incident with no intention to modify it. The Evangelist almost certainly would have had access to the Enoch tradition and/or parts of the “Testaments of the Twelve Patriarchs”,[33] and we therefore have no reason to doubt that he would have understood the allusion clearly. It seems that he did, and the burden of proof is on those who would disagree.

The weakness of arguing otherwise is that if the Baptist was being quoted as ascribing a propitiatory role to Jesus at the beginning of his ministry it would be an obviously postdictive insertion. Not one of Jesus’ disciples and contemporaries is credited as having understood an atonement aspect of Jesus’ ministry before his death, as Burnhope points out:

… the story of Jesus was not as self-explanatory as conservatives have often assumed, evidence of which is seen in the disciples’ fear and confusion following each event of the Easter weekend. Just about everything in the Jesus story requires explaining.[34]

The Baptist was not excluded from this lack of prescience (cf. Luke 7:20).

As a further difficulty, Dodd observes that nowhere else in the Fourth Gospel is Jesus’ death “an expiatory sacrifice”.[35] The Evangelist has apparently not chosen this as an important theme in the Gospel. All attempts to find the contrary rely on circular reasoning. The basis for accusing the Evangelist of anachronistically interpreting a conflation of three distinct, unrelated “lamb” motifs as an allusion to Christ’s later propitiation, is strained, convoluted, circular, and is itself arguably an anachronistic interpretation, with which the Evangelist would not have sympathised.

We have no reason to doubt that the Baptist said what he is reported to have said, and that the Evangelist understood it precisely: Jesus was announced as the apocalyptic, conquering “Lamb of God” who once and for all would remove sin from the world. Suggestions of other meanings are difficult to credit.