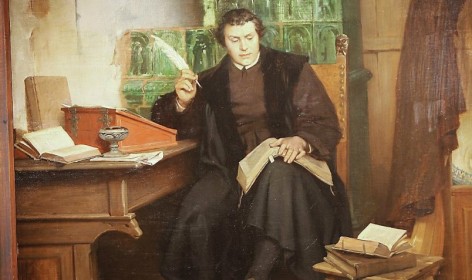 Was Luther wrong about “Justification by Faith”? 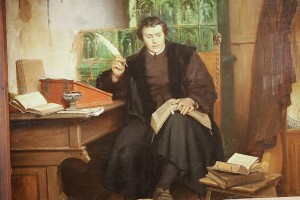 Luther made axiomatic the claim that the believer is “Justified by Faith”. He was right, of course, but did he understand what that phrase meant to the author of it, and to the original audience?

Since at least the 16th Century Reformation, Christian thinkers have been considering their faith within a framework which is rooted in the ideas and concerns of 16th Century thinkers (Luther, Zwingli, Melanchthon, Erasmus, Calivin, Arminius, etc.). Up to the time of that Reformation, the church had been pondering theology more or less within a 5th Century paradigm (Augustine, Pelagius, etc.).

But the Biblical authors were not creatures of those times. The (New Testament) Biblical authors lived in the 1st Century, and knew nothing of the ideas that would later substantially shape Christian contemplation. Unfortunately, much of what we now know of as “doctrine” has been formed later, and it gets projected back across the text as though the authors were answering our own questions. They weren’t. They were answering the questions of their day.

With some important contributions from modern archaeology, we now have enough information to substantially rebuild the 1st Century thinking world, so that we can actually consider the New Testament texts much more vividly within the context in which they were written. There is much we are yet to learn, but what we do know is sufficient to demonstrate that Christian thinkers through the ages have often been asking the wrong questions of the text – questions the authors were not trying to answer.

As exciting as this newer knowledge is, it can be very challenging because it casts a critical eye over ideas that have long been held sacred. Those ideas are often, however, the product of subsequent times, and were not actually part of the original faith. By understanding the world in which they were written, we can appreciate the meaning that was originally intended by the authors of our Biblical texts. Whether this process is makes us uncomfortable or not, the seeker of truth must surely pursue it.

When I was given the opportunity to speak on Romans 4:13-25, I found it practically impossible to do so without providing extensive background. The traditional hermeneutic, which arises from the 16th Century, not only fails to comprehend the author’s intent, but leaves the student with a text that is all but incomprehensible without special theological training in the apologetics of the 16th Century. Of course, Paul’s readers had no such training, and the original meaning is actually straightforward and accessible to even the novice. At least, to “the novice” who understands the issues of the day in 1st Century Christian life in the Jewish diaspora. Paul’s audience was made up of such novices.

So my approach was to tell the story behind the text to aid understanding of it, rather than rehearse the traditional philosophical musings about it, which are so often presented as theology.

Martin Luther, a 16th Century monk, had an epiphany while considering Paul’s Letter to the Romans. The following set of quotations is from his now famous, and in some traditions virtually canonised, “Preface to Romans“, which his students use as an aid to interpreting the text. It is a small selection of the errors Luther was making:

But that is not what “The Law” meant in Paul’s letter to the Romans at all. “The Law” is a reference to “The Law of Moses”, which means the covenant given at Mt Sinai. For example, consider Romans 2:12, which cannot mean what Luther wants it to mean: “All who have sinned apart from the law will also perish apart from the law, and all who have sinned under the law will be judged by the law“.

The final Lutheran quote above is the most mystifying. Faith (a word Luther famously misunderstood), in Biblical terms, does not “bring the Holy Spirit” in any sense, in any Biblical contemplation.

The difficulty Luther had was, in part, because he had misunderstood certain words. He rightfully points out that his understanding of these words is vital to supporting his interpretation of the text:

But unfortunately, in many cases he did not actually understand those words properly (or to be more charitable, he understood them differently to what Paul meant by them…), as we have since found out with the benefit of more information. Luther goes on to point out that if we change what we mean by such words, our interpretation of the text will change:

Of course, whether Jerome, Augustine, Ambrose or Origen thinks those words mean is not important. Neither is it important what Luther thinks they mean. What matters is to discern what the words meant to the Apostle Paul and his readers. Because by Luther’s own logic, if Luther understands these words differently from Paul, then we ought to “be on guard against” him, too!

Let me emphasise here that Luther is not “the enemy”. He was just mistaken. He lacked the relevant information, and as a result, came up with some invalid conclusions about what the text meant.

Understanding the thought-world of the author and his audience is what unlocks the meaning of a text. The expressions used in it then become simple to comprehend, and the overall purpose of the author becomes clear and straight forward. 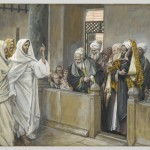 In a post called The Fundamentals of Christianity, as encoded in the Writings of Moses, I talk about how the history of the faith was being interpreted in the 1st Century by Christians and by Jews, and why Christians saw it differently to the Jews. This polemic lies behind the vast bulk of the Gospel traditions and the contemplations of the other New Testament writings. Without it, much of the meaning of the New Testament is not apparent. Luther, and his Middle Ages contemporaries, simply did not know this. 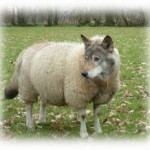 In another post called Christian Assurance, Apart From the Law: A Defence Against the Judaisers, I outline fairly precisely how to reconstruct the New Testament from first principles, given only the Old Testament Bible and the stories of Jesus’ life, death, and resurrection as a starting point. That’s what the Apostle Paul did. Few theologians today would be capable of it, not because they lack the wit, but because their understanding of the New Testament does not come from the information and logic that Paul used. It comes instead from the philosophical questions of the Middle Ages, and the answers the theologians of that day came up with, based on limited information. 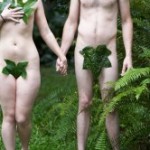 Other examples of misunderstood words: 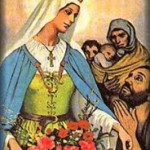 The word “sanctification” has so long been used to refer to a process that we now really need to accept that the word does mean that in the modern day… but it didn’t in the 1st Century: Holiness: It’s not a Process 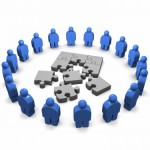 The word, “predestination”, about which there is an ongoing argument, both side of which have their suites of proof-texts (which they are misunderstanding), and both sides of which fail to grasp what the word even meant: Romans 8:28-30: Not “Predestination”, but an argument against Judaisers 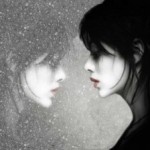 Luther lists “flesh and spirit” among the words which govern his interpretation. These again are words poorly understood, as can be seen in the choices that Bible translators make when confronted by those words: Romans 8:12-14 “Flesh and Spirit”. Do the translators understand?

What does “Justified by Faith” mean?

Alright. So let’s get to the meat of the matter. What does this term, “justified by faith”, actually mean?

The expression appears several times in the letters to the Romans and to the Galatians. Every time, it is a contrast: justification “by faith” as distinct from justification through adherence to, obedience to, submission to, or performance of, the law of Moses.

But what does it even mean? What is “justification” in the first place, and why is it so important? 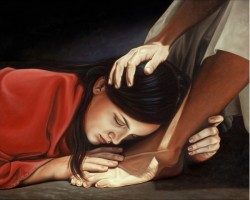 I wrote a fairly detailed exploration of this concept, against the backdrop of a true story of an encounter I had on the street. That encounter taught me the power of this notion, and revealed to me why it was so vitally important to the early Christian church. It was not primarily about avoiding hell! It was about vindication for the faithful in front of the whole world: Street Theology: Justification by Faith.

I hope that by now it is evident that, although Luther was right to emphasise, and even to prioritise, the notion of “Justification by Faith”, he didn’t really understand what it meant. That is why he struggled so much with James’ remarks like “So faith by itself, if it has no works, is dead.” (James 2:17), “a person is justified by works and not by faith alone” (James 2:24), and “For just as the body without the spirit is dead, so faith without works is also dead.” (James 2:26). Eventually, it boiled down to a challenge to reconcile these two statements:

faith by itself, if it has no works, is dead

Luther’s answer is vast and convoluted. Here is part of it:

Theses about Rom. 3:38 – For we hold that a person is justified by faith apart from works prescribed by the law.

Ok. Now I know you didn’t read all that! But that’s ok. It isn’t the answer we are looking for. In many ways it would be incomprehensible to James and to Paul, the authors of the texts, and to their audiences.

It is very simple: Paul, in talking about “works”, was referring to “the works of the [Mosaic] law”, and James defines the “works” that he is talking about as the works of the “royal law” (James 2:8), which is “love your neighbour as yourself” (as commended by Jesus and remembered as Jesus’ own “law” and “commandment” – Galatians 5:14, 1 John 3:23), and the “law of liberty” (James 2:12), which is a reference to the Christian liberty from the law of Moses.

Both Paul and James agree that the works of the law of Moses do not vindicate anyone before God, but “works” of love, belief, and piety, are not just evidence of proper belief, but are, in fact, part of the faithfulness that God is seeking. And “faithfulness” is the more helpful way to think of what the Biblical authors often mean when they say, “ἡ πίστις” (often translated “faith”). This faith/faithfulness is what justifies a person before God.