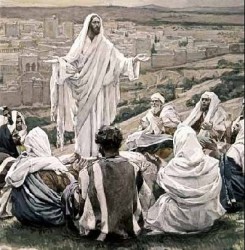 What is the kingdom of God, and where is it? 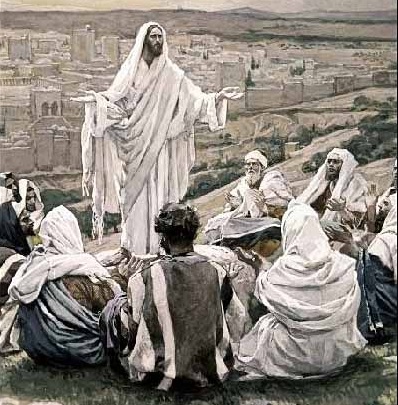 What does Luke 17:20-21 mean? Is it a spiritual message about the indwelling of the Holy Spirit in the believer? What does this ambiguous term mean, that “the kingdom of God is “ἐντὸς” (“within/inside” – Strongs Concordance)?

This teaching is frequently pulled out of its context, probably because understanding the context requires a little extra knowledge, and it gets interpreted in isolation. In that form it sounds enigmatic, and lends itself to many possible interpretations. In its proper context, however, its meaning is quite concrete.

What it does NOT mean

New Age, Eastern Philosophy, and various Humanist movements would love for this to mean something like, “You have the spark of the divine in you”, or “heaven is a state of being in your heart”, or similar. But Jesus most certainly did not mean that. Those concepts are completely foreign to Jesus’ worldview and teaching.

Immediately preceding this expression, Jesus finds a man coming back to thank him for miraculously curing his leprosy. Jesus expresses surprise, not only that one out of ten came back to thank him, but more specifically that this one is a Samaritan, a ‘foreigner‘!

Then one of them, when he saw that he was healed, turned back, praising God with a loud voice; and he fell on his face at Jesus’ feet, giving him thanks. Now he was a Samaritan.

Then Jesus answered, “Were not ten cleansed? Where are the nine? Was no one found to return and give praise to God except this foreigner?”

And he said to him, “Rise and go your way; your faith has made you well.”

Jesus had previously pointed out to his home Synagogue leaders that God was in the business of blessing foreigners, including the maligned and despised Samaritans. In Luke 4:24-27, Jesus describes two such instances involving the people’s favourite ancient prophets, Elijah and Elisha. Simply pointing this out resulted in them rising up as a mob in an attempt to kill him! (Verses 28-29)

This passage in Luke 17 is a similar lesson. The one man out of ten who has come back to “give praise to God” is the foreigner, and therefore behaving better than the Israelites who ought to know better. This theme is also central to the “Parable of the Good Samaritan” in Luke 10:25-37.

So it is out from this example of God’s blessing on a foreigner, and the subsequent disgrace on Israel for not having responded properly, that Jesus turns to the Pharisees who had at some earlier stage asked (this is evident by the use of an aorist participle, ἐπερωτηθεὶς – “having been asked…”, instead of a present participle, “being asked…”) about the timing of the coming of the kingdom of God.

In Jesus’ Day, the piously religious people (generally, “the Pharisees”, but also including the “zealots” and “Essenes”), were waiting for God to send a Messiah to deliver them from the oppression of Roman rule. They were painfully aware that God had caused the fall of Jerusalem because of the disobedience of the nation, and were anxious to be fully obedient so that God would restore them back to the glory of having the Temple, sovereign rule of the Holy Land, and an empire of vassal states in the Near East. When the Pharisees referred to the “coming” of “the kingdom of God”, this is what they had in mind.

This is not some esoteric appeal to a mystical or metaphysical concept. This is Jesus saying that it is not going to be accompanied by the kind of apocalyptic Messianic revolution that they expect. He is saying that the kingdom that the Pharisees are so eagerly awaiting is here and is now.

By this he means that all of the liberty, justice, and wisdom of God’s Torah was able to be lived-out even in the present age. They did not need to wait for the conquering Messiah to liberate Israel from Roman rule. If they simply comprehended the nature of the kingdom of God, they would realise that Jesus was teaching how to manifest it (Refer to “Finding The Widow’s Coin” for more on this).

The next verse begins, “and he said to the disciples…”, indicating that the Pharisees are no longer necessarily about. Jesus is now teaching his disciples, following the interaction with the ten lepers and the Pharisees.

Jesus tells the disciples that there will, in fact, still be a time for the coming of “the son of man”.

The Son of Man

This is a term Jesus frequently uses to refer to himself. In Ezekiel it is used extensively to refer to the prophet himself, and likewise in Daniel 8:17 it refers to Daniel himself. Effectively it means “human being”. But importantly, in Daniel 7:13, the Messiah is described as, “one like a son of man”. Of this figure is said things which are deliberately applied to Jesus later:

and behold, with the clouds of heaven
there came one like a son of man,
and he came to the Ancient of Days
and was presented before him.
And to him was given dominion
and glory and a kingdom,
that all peoples, nations, and languages
should serve him;
his dominion is an everlasting dominion,
which shall not pass away,
and his kingdom one
that shall not be destroyed.

Jesus taught his disciples that there would still be a dramatic future time, revealing Jesus as Messiah: “so will the Son of Man be in his day” (v24), but that it would be later, following specific other events (v25).

The other important facet of Jesus’ teaching is that those who are foreigners can be told, “Rise and go your way; your faith has made you well.” (Luke 17:19). This was a radical idea, and one that was central to Paul’s teaching in the early church: Gentiles and Jews alike are to live in reconciled relationship with God.

That reconciled community is called the church, which is indwelt by God’s Holy Spirit. This miracle is possible because Jesus, the Son of God, redeemed the status of the people of God as truly a people “of faith”, by accepting responsibility for their sin on behalf of the whole nation, dying for that sin, and rising again to demonstrate that the debt of shame is paid.

Because it is a people (“the church”) defined in terms of faith, inclusion in that people is therefore possible for anyone who shares this faith. Those who share it are taught to anticipate all of the spiritual benefits of the kingdom of God right now (such as those described in the Beatitudes), while eagerly awaiting the return of Christ to restore the temporal benefits also.