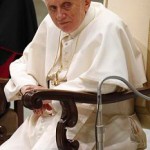 Mass confusion as theological jargon creeps back in

The new “Plain English” Missal: Easier to understand… if you know Latin. 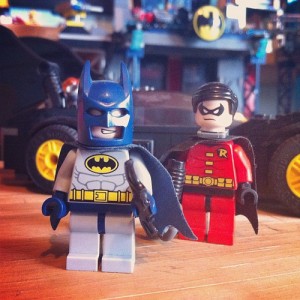 Last year, the English Missal of the Roman Catholic Church wording was “updated”. In one place, the words “of one substance” were replaced with the far less well-known term, “consubstantial”.

Consa-what? Even my spell-checker doesn’t reckon that’s a word! But don’t worry – if you’re familiar with Latin (or if you’ve studied theology), the meaning will be perfectly obvious.

The Mass in the Common Language

The Roman Catholic Church introduced the Mass in the common language (in our case, English), in the 1960s. For those who had learned Latin, of course, the old one was perfectly functional. For everyone else, the English translation allowed them to understand what they were praying. But I have long had a suspicion that the Theologians were still thinking in Latin, and still do, even to this day. This article confirmed it for me today.

In the creed, the section that formerly said “God from God, Light from Light, true God from true God, begotten not made, one in being with the father” has been changed.

The new version reads “God from God, Light from Light, true God from true God, begotten not made, consubstantial with the father.”

The new word “consubstantial,” which means of the same substance, is lost on many Catholics but shouldn’t be, Seymour said. “I think part of the problem is that Latin is no longer taught in school anymore, and people would be amazed at how much Latin helps you understand English better,” he said.

Yes, there it is: If you find esoteric language, which has deliberately been inserted in place of a plain English phrase, difficult to understand… then you’re the one with the problem. You need to learn Latin!

For quite a while now, I have felt that the Roman Catholic theology that I am reading is translated into English for presentation purposes only, but that the theologians are really thinking in Latin. It’s hard to describe why I feel that way. It was just a hunch. Now I’m pretty sure! 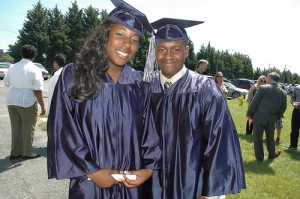 I recognise the proud history of Latin as the language of the scholar, even from before the Middle Ages invention of the University. Latin has been important in the development of the sciences, law, theology, and all areas of intellectual endeavour. The irony, however, is that in the case of theology, the original languages of the Scriptures are Hebrew, Aramaic and Greek!

The Scriptures were translated into Latin fairly early on because Latin was becoming the language of the Roman Empire. This started happening even during the time that the New Testament was being written. Some early (generally inexpert) translations to Latin were made even during that early time.

Of course, the Roman Empire wasn’t interested in the Christian and Jewish Scriptures until Christianity became the official Roman religion under Theodosius in the 4th Century AD. At that time, an authoritative Latin translation was commissioned. But even that official translation has been replaced (under Pope Sixtus V in 1590), and recalled and replaced again (under Pope Clement VIII in 1592), then again replaced in 1979 by Pope John Paul II.

Thinking in Latin is a habit which may never be shaken by Roman Catholic Theologians (habits spanning millennia are difficult to overcome). But it would be worth the attempt. If this influential group of thinkers was able to think, for example, in Greek, or Hebrew, then one might forgive the occasional foreign-language-jargon-word creeping into the intentionally vernacular Mass. But to deliberately replace a clear English phrase with a peculiarly theological word, and then to insist that people ought to learn Latin in order to appreciate it, reflects something of the difficulty the Church is experiencing as it comes to terms with “Mass in the common language”.

In a further irony, Latin was considered a common language too, in it’s day! Hence the first Latin translation being called the “Vulgate“, which refers to “vulgar” language. It should be recognised that “vulgar”, here, is an indication of banality, that is, “common use”. It is not a value judgement in the sense we often use the word “vulgar” today. It simply means something along the lines of “general language”, as opposed to “classical language”, and relates to the fact that it is being published for popular consumption.

Roman Catholic thinking has meandered on this topic over the years, as evidenced here:

Church Teaching on the Language Used at Mass:

“The use of the Latin language, customary in a considerable portion of the Church, is a manifest and beautiful sign of unity, as well as an effective antidote for any corruption of doctrinal truth” Encyclical On the Sacred Liturgy by Pope Pius XII, 1947

“The Church has never set up a mysterious unintelligible language as an ideal. There is no principle of sacerdotal mysteries from which the layman is shut out. In spite of the use of Latin the people have means of understanding the service. That they might do so still better if everything were in the vulgar tongue may be admitted, but in making this change the loss would probably be greater than the gain.” 1917 Catholic Encyclopedia, Rites

If the Church is interested in making the Mass available “in the vulgar tongue”, then avoiding jargon derived from the Latin language would be most helpful.