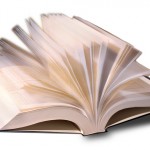 Is the practice of “Journaling” Biblical?

In Christianity Today, on 14th June, 1999 (>Article<), nine Evangelical leaders were invited to “define the gospel” within about 300 words. The responses are very interesting, highlighting the various emphases of their various traditions. 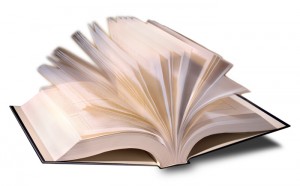 It is striking that, when reduced to such a tight word limit, there seems to be no room for comments about “sex before marriage”, “smoking”, “reading the Bible every day”, “homosexuality”, “journaling”, etc. This doesn’t indicate a lack of opinion on such matters, but it does demonstrate that those things do not constitute the centre of Christian contemplation. Similarly in the hymnal, a rich reserve of Christian reflection from across the ages, none of those topics are celebrated, lamented… or even mentioned, really!

Not that there’s anything wrong with discussing those things, or having an opinion, but this observation should serve to remind us of the miniscule relative importance of them, next to the “incomparable riches” of God’s grace, “expressed in his kindness to us in Christ Jesus” (Eph 2:7): a theme which is apparent in every one of the nine summaries, and in every single hymn. This should surely remain the centre of our contemplation, and be the one revelation to which all of the other matters defer. 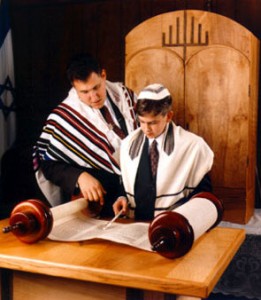 To be fair, some of the evangelical leaders did use terms like “purity”, and “holiness”, and “obedience”, which some would interpret as allusions to sexual behaviour. Firstly, the need to reduce such discussion to a single word still indicates that it is not the specifics, but the concept that is relevant. Secondly, being married, and even remaining monogamous, does not guarantee that your sex life is “pure”! Purity is an inner spiritual state, not necessarily related to the question of marriage, nor even sex.

What areas of life are anachronistically deemed “right” or “wrong”, based on the way in which the revelation of God intersected with a foreign culture, 2000 years ago on the other side of the world? That culture was one in which the idea of marriage was very different to ours, in which women were basically either married or prostitutes. It was a culture in which sex with prostitutes was considered normal, and was facilitated by a religio-sex cult. It was a culture in which homosexuality was also heavily associated with particular religious sex cults.

It remains a point of intense debate to distil the actual revelation of God from the cultural setting in which it was described. A safe place to start, however, is “love one another”.

As for reading the Bible every day and journalling, I accept that these are great practices, but it should be remembered that they were not practiced, nor recommended, by the Lord, the Apostles, the prophets, or indeed anywhere in the Bible! Most people had access to the Scriptures only at their Synagogue or the Temple, and even then it would often have been a subset of the documents. Only those entrusted to do so were allowed to actually read them, and many people were not literate anyway. 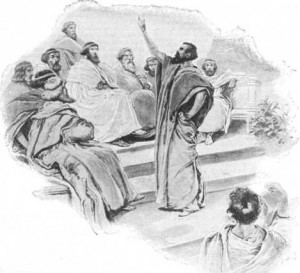 Those who were in ministry simply memorised the Scriptures. Now, there’s a challenge!

We are at risk, in the church, of giving the impression that Christianity is about conformity to a particular set of practices and prohibitions. This is precisely what Christianity is not. Christianity is a celebration of the arrival of the Kingdom of God. This has profound implications in all areas of our lives, but does not equate directly to a particular set pattern of “Christian” behaviours. In the 1st Century, the revelation of the Kingdom of God intersected the contemporary societal norms to produce a set of instructions that we find in the Bible. For modern instructions, the same revelation needs to intersect a different culture, and sometimes can produce different recommendations (like “journaling”, for instance).

[Edit 13-10-12] Update: For more on the subject of this final paragraph, see my article: “The Naked Gospel”