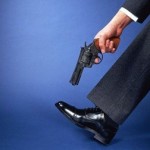 The Roman Catholic Church… a Decree on Ecumenism… Really? 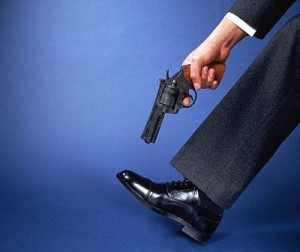 In the 1960’s, the Roman Catholic church made a big effort in an attempt to begin to reverse the 400-year rift between herself and the Protestant churches, even acknowledging that there was fault on both sides. She made a range of statements demonstrating that she understood the problem, but introduces some serious errors of logic in proposing the way forward.

For example, in the UNITATIS REDINTEGRATIO (Decree on Ecumenism), we see:

… it remains true that all [non-Catholics] who have been justified by faith in Baptism are members of Christ’s body,(21) and have a right to be called Christian, and so are correctly accepted as brothers by the children of the Catholic Church.(22)

… our separated brethren [this means non-Catholics], whether considered as individuals or as Communities and Churches, are not blessed with that unity which Jesus Christ wished to bestow on all those who through Him were born again into one body, and with Him quickened to newness of life-that unity which the Holy Scriptures and the ancient Tradition of the Church proclaim.

… which I will paraphrase:

Non-Catholic Christians who are baptised are born-again members of Christ’s body, but are not members of the Roman Catholic Church, which is Christ’s body. Jesus wanted them to be, but Jesus apparently failed.

This is what happens when you define your own ecclesiastical structure as the demarcating the limits of The One True Church. No wonder the process of publishing a Roman Catholic “hermeneutic” across these documents, 45 years later, is still lacking. Who can reconcile it all?

The Bible says there is only one body. Ecumanism is what happens when we all, including the Roman Catholics, simply believe it. That fresh perspective will strike at the core of the Roman Catholic claim to exclusively represent the apostolic Tradition, and necessarily means that the Pope must renounce his claim to be “the perpetual and visible principle and foundation of unity of both the bishops and of the faithful.” (Lumen Gentium v23), because he simply isn’t. That’s plainly obvious. Unitatis Redintegratio says as much.

For a closer look at the Lumen Gentium document with an eye for Ecumenical matters, see my Essay on that subject.