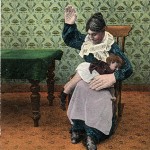 Smacking: Can we “spare the rod”?

Is smacking children the “Christian” thing to do? 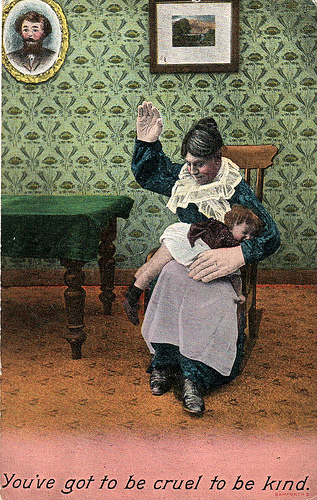 All around the world, governments are defining child abuse in ways that include various physical discipline methods: in some jurisdictions it relates to leaving bruises, in others it relates to the use of implements other than the open hand, and so forth. In many, there is a total ban on any form of physical discipline at all, even a smack by parents in their own home.

There is a growing consensus across communities that government has a role in regulating the physical discipline of children. Some lobby groups advocate outlawing the practice of smacking altogether.

One such lobby group says:

Legal reforms to prohibit all corporal punishment of children – in the family home as well as in schools and other institutions and penal systems – are spreading fast. (endcorporalpunishment.org)

endcorporalpunishment.org lists nations with “full prohibition”, including New Zealand and South Sudan, but not Australia at this stage.

Last month, it was reported that a church pastor in the U.S.A. was jailed for advocating physical discipline for children. He apparently remains convinced that he is teaching his flock correctly, even as he begins serving his sentence.

It seems that this pastor’s teaching was based on Bible passages including this one:

The inference is clearly that, not only would smacking be “ok” if required, but this pastor was teaching his congregation to use implements such as rods and spoons as a matter of course. As it happens, he was recommending that implements be used on babies as young as 2 months old, for the purpose of discipline.

So, is it Biblical to smack children?

There are many churches teaching that parents are doing the best job of discipline if they employ smacking. Upon revealing that my children (the eldest being 17 at the time) had never been smacked, I was told by one well-meaning Christian that I should probably start! The primary rationale for this advice was based on Proverbs 13:24 and some other similar passages. My assertion that my kids are respectful and obedient was met with confidence that they would not remain so unless smacked…

My reflection, theologically, was that whereas God used Assyria as a “rod” against Israel (Isaiah 10:5), causing painful welts (Isaiah 1:5-6), God’s ultimate solution for the sinful rebellion of his “first born son”, Israel (Ex 4:22) was to give Himself utterly on their behalf, sparing them the consequences of their disobedience, and forgiving them by an unconditional, open-handed invitation to return to fellowship!

Admittedly, I wasn’t a Christian when I formed the view that I didn’t feel smacking was necessary in parenting, but since adding the Biblical dimension, nothing has changed. If anything, I see my role as imitating that of my Heavenly Father, who responds to my rebellion by forgiving and restoring me at His own expense. 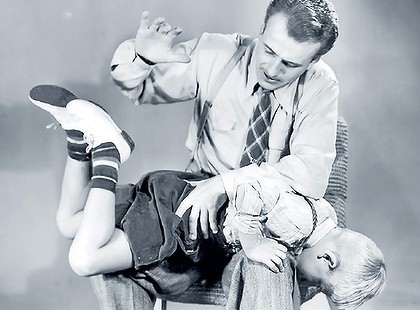 Many defenders of smacking default to the anecdote, “I was smacked, and I’m ok”. The anti-smacking group dismiss this as confirmation bias. While I sympathise with that criticism, I don’t think the argument can be tossed out quite so quickly. When Jesus said, “wisdom is proved right by all her children” (Luke 7:35), he wasn’t only talking metaphorically (a metaphor only works if it refers to a sound principle). The statement points to something very important: If children grow up healthy and well-adjusted, it does have something to do with effective parenting, so we have to entertain this argument just a bit further.

Do smacked children grow up healthy and well-adjusted?

We have to conclude that they do! At least, many do. Statistically, almost all people in all of history have been smacked as children, and many grew up to be fine, admirable people. So we need to let the smacking side of the debate keep that anecdote. It is potentially more sound than mere confirmation bias.

Do un-smacked children grow up healthy and well-adjusted?

This is an important question, so that the previous question can be placed in context. As it happens, I am an expert in this one. The answer is “yes”. My children could not be better examples of un-smacked, yet respectful human beings. Therefore, by the same argument as the pro-smacking group (that “wisdom is proved right by all her children”), non-smacking also is an effective parenting technique.

How can we determine whether or not to smack?

Given that it is possible to raise healthy children with or without smacking, and ignoring the ever-increasing evidence suggesting that the non-smacking option provides the positive outcome more reliably, we could leave the argument right there (and we will, because the evidence is published, and there isn’t value in re-hashing it here).

But without getting into the relative merits of one approach of the other, I’d like to demonstrate that the whole conversation is focussed on the wrong question. The better question might be something like:

What disciplinary strategies have the greatest bearing on parental effectiveness?

I would suggest that the answer to this question has little to do with smacking.

God has answered the deepest of human needs in many ways. A few of them are:

The effect of these types of promises is that we can have confidence in unconditional love and the absence of condemnation.

I believe that parents can convey just such an understanding of effective parental love by choosing not to smack, but I also think it could be done within a smacking regime. The point is this:

Physical discipline is not axiomatic in effective parenting.

So when parents chose not to smack, the important question is, “How do we communicate unconditional love in our discipline regime?”

And when parents chose to smack, the question is identical!

Because most parents actually don’t like hitting their children, so they would gladly use effective alternatives if they were presented with them. Rather than asking whether it’s ok to smack, we should be fostering conversation about how best to communicate love through discipline. Then we can let smacking speak for itself, as one of many possible techniques. Who knows? In some situations, smacking may be the very best way to communicate love! I just haven’t yet found such a situation.