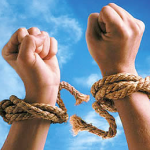 “Struggling with Sin” is not “normal”. Don’t settle for it.

Why would a preacher say that it’s ‘normal’ to be struggling with sin, when the Bible says that it isn’t? 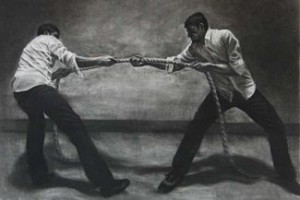 Several times recently I have heard a similar message from different preachers, essentially: we should anticipate an ongoing struggle with sin, or various kinds of disillusionment in our faith, or times of feeling that God is absent, and so forth. Amazingly, the second half of Romans 7 was used to illustrate the point that we should anticipate an ongoing struggle with sin, ignoring the first half of Romans 8, which describes the solution! (The solution to the struggle in Romans 7 is described as living, “led by the Spirit” in Chapter 8)

Is there any hope for the sinner?

While I acknowledge that this “struggle” does seem to be the experience of many people (that’s presumably why they come to hear the man/woman of God preaching…), it concerns me to hear it being said of the preacher of himself. I mean, I “get it” that this appears to be a useful way of connecting with the audience, in a “don’t worry, I also experience that”, kind of way, but how far do we go with that? I was recently told that it is “normal” that, as soon as you knock over one sin, another will pop up. Frankly, this implies that there is really no hope at all. How do we answer the seeker who asks, “why bother then?”

When I was converted, it was clear to me that I was being delivered in very real ways. Firstly my readily idenitifiable habitual sins were dis-empowered as I comprehended the love of God. This revealed the deeper problem, however – my sinful nature, which was overcome through fasting, prayer, and a dramatic transformation. I learned to live lock-step with God’s Spirit (cf. Romans 8:12-14). I now enjoy a new nature which is not inherently sinful. Sin is now the exception in my life instead of the rule, and it has no power over me (Admittedly that’s a very short version of a somewhat long story). This is what the Bible promises to believers. Why would a preacher not say so?

Also when I was converted, I had the palpable, constant sense of the presence and guidance of God. About six months later He removed it from me for exactly 24 hours (to teach me the value of it…?) I have never treated it with anything less than reverence and awe ever since, and have never experienced that sense of absence, and certainly not “abandonment”. This experience is what the Bible promises to believers. Why would a preacher not say so?

We’re not all struggling! Thank God. 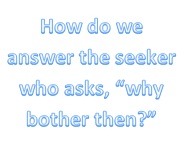 I don’t agree that we need to go with “we’re all suffering the same thing” in order to connect to our audience. I frequently speak to people who are acutely aware of their own spiritual malaise, and if I tried to equate my experience with theirs they would surely conclude that I can’t help them. Far from offering them company in their misery, I need to give them the certainty of seeing a man who has already received the freedom I’m offering them. They only need to hang around me for a short time to be convinced that the promise is real, and that therefore the message is true.

Watchman Nee describes the life led by the Spirit (which means both freedom from sin and the ongoing sense of the presence of God, as the Bible describes it…) as “the normal Christian life”, recognising that it is not the most common experience, but insisting that it is supposed to be, and can be. Obviously, I agree.

It is because of him that you are in Christ Jesus, who has become for us wisdom from God — that is, our righteousness, holiness and redemption. Therefore, as it is written: “Let the one who boasts boast in the Lord.” 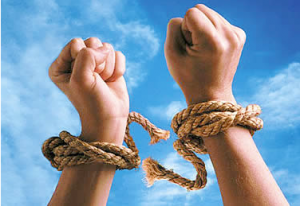 This “boasting” means being unafraid to tell people that we have been saved, and to trust that God will equip us to live up to such an audacious boast. This, I suspect, is the real problem. Nobody wants to stand up and declare themselves saved because they fear that someone will criticise them. Perhaps they know that they’re not really a good example.

“Let the redeemed of the LORD say so, whom he hath redeemed from the hand of the enemy” -Ps 107:2