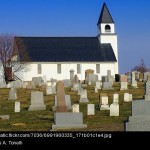 The fear of death: A Reason for Faith?

Is faith all about the fear of death? 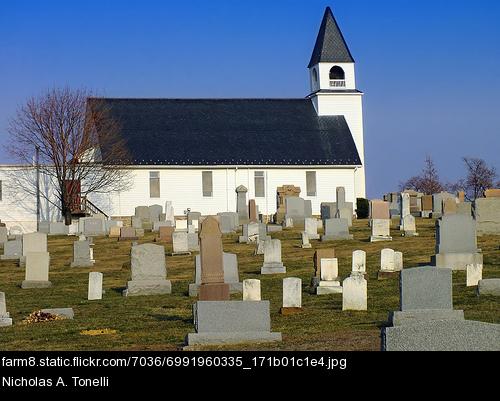 People who don’t pursue a faith conviction like Christianity or Islam, which teach about the afterlife, are sometimes left to wonder why on earth people “of faith” are interested in such things. One suggestion they come up with is that it is because of the fear of death.

My Atheist friend raised precisely this question in my conversation with him, which I blogged about here.

Let’s face it. Most people, when confronted with the real, imminent possibility that they are about to die, will experience fear. It can readily be observed that anyone who has a strong faith in some positive experience after death can overcome that fear, and submit to death with much less, or even no anxiety at all in some cases.

We have two natural instincts which give rise to this response: firstly there is the fear of the unknown, and secondly there is the self-preservation instinct.

The fear of the unknown applies just as much to walking into a dark cave as it does to death. It is a general fear, which is designed to protect us from danger by forcing us carefully to consider what we are about to do! Once we are convinced of what is in store for us on the other side of death, “the unknown” no longer applies to it, and that part of the fear is disarmed.

Self-Preservation is not a fear of pain, but a general repulsion from the though of no longer existing. The concept is not comfortable for us, in the way our conscious mind is wired-up. God has “set eternity in the human heart” (Eccl 3:11). But if we are fully convinced that death is not annihilation, this fear is countered.

Where, O death, is your victory?

Where, O death, is your sting?

So we can see that, in psychological terms, the reasons behind our general fear of death are answered and mitigated by the Christian faith. The Bible recognises this, and labels it as a benefit to be enjoyed by the faith community:

… so that by [Jesus’] death he might break the power of him who holds the power of death—that is, the devil— and free those who all their lives were held in slavery by their fear of death.

The reasons for this were potent in New Testament times. One of the biggest issues for the early church was that they were persecuted both by Roman authorities (for not worshipping the Emperor and Pagan deities), and also by the Jewish community (for teaching that Jews and uncircumcised Gentiles could worship together). Under that persecution (which was frequently fatal), the Christian needed to be equipped to remain faithful even in death.

Those without such a faith are left to contemplate annihilation. That’s an enormous thing, and many people don’t manage don’t come to terms with it. The result is often a profound fear, which is simply ignored until too late.

Other ways to overcome fear of death

There are other ways.

In warfare, soldiers frequently find chivalry, honour, fraternity, altruism, and even the fatalistic numbness of battle, are all potentially able to propel them to a state in which they do not fear to die. The same phenomenon can be seen in non-combat situations, too. We call people who experience this, “heroes”. It happens.

I’ve met a lot of people, and they have various ways of understanding Christianity. Some are better “educated” in what the Bible teaches than others, for instance. But I have not yet met anyone who became a Christian out of a fear of death. Indeed, I have not even met anyone who remains a Christian because they fear to die. I think it’s fair to say that every Christian I have met is looking to their faith as a source of meaning in their life, much more so than as an antidote for their fear of death.

I would suggest that the perception is misplaced. Whereas people do fear death to various degrees, this is not what motivates faith. At most, I would suggest that very often when people are faced with imminent death, they seek faith as a paradigm in which to understand their death as “meaningful”. In such a case, they are not responding to a fear of death itself, but to a need for a meaningful context in which to comprehend it.

In fairness, some of the people I meet are enquiring because their loved ones are dying or have died, and the person is seeking information, reassurance, and again “context” or meaning for the phenomenon. The inquirer may be frightened, but that fear can’t really be said to be a “fear of death”. It is anxiety surrounding the concept of death, but it relates to their own grieving process, and again can be said, almost exclusively, to relate to meaning.

Who’s fault is this perception? 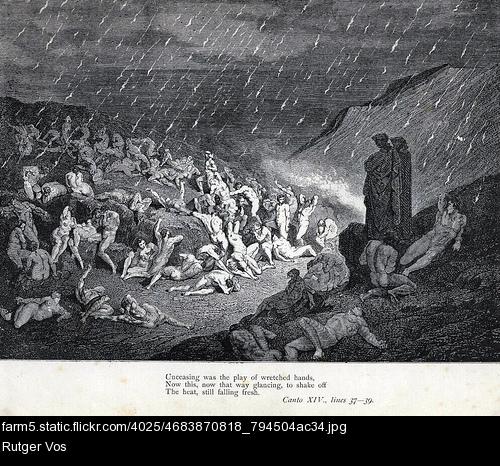 Generations of “turn-or-burn” preaching has done immeasurable damage. That style of preaching first erects a frightening picture of what an afterlife looks like for the damned, and then uses that to frighten people into confessing faith in Christ in order to escape that outcome. In the middle of such an atmosphere, it would be reasonable to suggest that people are frightened to die! Not that death is what is scaring them, but the prospect of the Judgement to happen afterwards.

So if there is a perception that people turn to faith because of a fear of death, I suggest that the church is responsible for creating that perception. It happened because the church manipulated people into confessions of faith by frightening them with respect to dying. Some would say that this is reasonable enough. I think it’s misguided. It doesn’t meet the needs that people actually have, before they are terrified by the prospect of eternal torment.

The Christian Church has used the fact that the notion of a happy afterlife provides a kind of antidote to the fear of death, to further its own ends at certain times. This is deeply regrettable.

People do fear to die. It’s natural. Faith is one way in which that fear is overcome, but people do not seek Christianity simply because they want a way to overcome their fear of death. They seek Christianity, in my experience, in the pursuit of meaning for their life and death.

Christianity is able to provide a narrative in which our lives and deaths are meaningful, and in which we have no need to fear either. This revelation’s purpose is not to give us recourse to death, but rather to free us to, “have life, and have it to the full” (John 10:10).