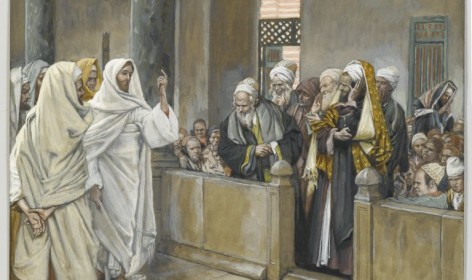 The Fundamentals of Christianity, as encoded in the Writings of Moses

The core of the Christian/Jewish polemic: What was Moses trying to say? 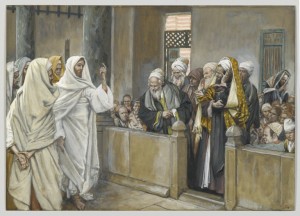 At the very core of the ministry of Jesus, and the teachings of his apostles, is a fundamental claim about what Moses was saying in the first five books of the Bible. Either he was saying that the Covenant struck at Mt Sinai was the definitive basis of God’s relationship with humanity (as the Jews claimed), or he was saying that Abraham’s experiences were the archetype of God’s ideal dealings with humanity (as the Christians claimed). It cannot be both.

Two Stories from one

Moses wrote down the story of the history of Israel. It starts out “In the beginning, God created…”, and it goes all the way up to the edge of the Holy Land, in Genesis through to Deuteronomy.

Stories are written for a purpose. Stories have a meaning. So what was Moses saying? What did he intend for us to get from the story? (Let’s just agree that we’re talking about the Literary Moses here, not attempting to argue for or against any particular Documentary Hypothesis…)

As you might imagine, the lessons from a story are all about how you tell it.

The 1st Century Jews, with whom Jesus, Paul, and the other Christian believers had running arguments, had their particular way of telling the story. They had interpreted it as revolving around the main character Moses, who delivers the God-given revelation of the Law to the God-chosen people of Israel, the descendants of Abraham. God then bears with those special people despite their frequent rebellion and apostasy, because he inevitably will fulfil promises made to the earlier patriarchs. The Law, in this view, defines humanity’s relationship with God, and that covenant forms a link between the people and the Promise made to Abraham.

The Jewish theme was, therefore, “obey the Covenant Law” and enjoy righteousness with God as God’s chosen, covenanted people. In other words, justification comes through observance of the Law. In even plainer terms, when God comes to vindicate the faithful, he will know who is faithful by seeing who is observing the law.

That’s why the Pharisees of the 1st Century were so particular about observing all of the laws given through Moses.

Jesus’ teachings frequently were mystifying to the religious Jews. This is because Jesus saw the whole Moses story differently. It is Paul who actually explains it for us, but in doing so, he reveals why Jesus came into such conflict with the authorities. Paul is following on from Jesus and faithfully explaining Jesus’ teachings to the church.

Paul (following Jesus) interpreted the story, as told by Moses, as a story revolving around Abraham as the main character instead of Moses.

In order to appreciate the radical nature of this, note that Abraham was “a gentile”, which means “foreigner”, and in the Jewish community throughout the history of the nation Israel, it means a non-Israelite. The Hebrew word “Gentile” (“foreigner”) is the same word that sometimes gets translated “pagan”. By Jesus’ day, the term “gentile” was a term of contempt, and just as in Hebrew, there is also only one Greek word, which is sometimes translated into English as “gentile”, sometimes, “foreigner”, and sometimes “pagan”.

This anti-gentile polemic had been amplified for the couple of centuries before Jesus’ birth, during the time of Alexander the Great, and the Hasmonean Era (as recorded in the books of Maccabees). Particularly during that time, circumcision had come to be synonymous with “righteousness” (which means “properly within the covenant between God and God’s people”). Furthermore, it pays to note that “Babylon” had become colloquially an archetype, or a euphemism, for foreign, ungodly, oppressive, enemy civilisations, because of the events of the Seventh and Sixth Centuries BC, known as The Exile of the Jewish people from the Promised Land.

Now, Abraham was born sometime around 2000BC, in the region which would later become Babylon (“Ur of the Chaldeans” – Gen 11:27-32). That civilisation would later conquer the Jewish people and would remove them from the Land… But this is the Patriarch of the Israelite people.

So imagine how it sounded when Paul observed that while still an uncircumcised, proto-Babylonian gentile, Abraham simply believed God and was found “righteous” as a result. All this happened some four hundred years before Moses was even born, and all this was as told by Moses (see particularly Genesis 15:6).

This has scandalous implications, as I hope you will appreciate. In fact, Moses was aware of the scandal! Moses, in recognising Abraham’s righteousness, was proving that this righteousness does not come by the law – because the law had not yet been given! Nor did it even come by covenant… because it happened before Abraham was circumcised (that happens in Genesis 17).

The Moses story is, therefore, a demonstration of the folly of a people who, having been miraculously saved by the “God of Abraham, Isaac and Jacob” (This is the appellation claimed by God in his introduction to Moses), grumbled often, failing to believe God as Abraham had, and instead they turned back from the Promise at it’s edge (See Numbers 13-14). They consequently perished in the wilderness (Numbers 14:20-24), even including Moses himself (Deut 34:4-5)!

The next generation crossed the Jordan on dry ground (Josh 3) while yet uncircumcised, and then circumcised themselves because God said so, not because of the Sinai Covenant (Josh 5:2-7). This emphasises the Abrahamic themes, rather than any kind of reference to the Sinai law.

If Moses had intended his audience to see the Law as the definition of God’s intended relationship with humanity, then Moses was a sloppy storyteller who contradicted himself. The Sinai Law-giving story is, rather, an antitype of the Abraham conversation with God. At least, that’s how it reads.

The theme of the Moses story is, in Paul’s view, something like “Justification by faith”, which means, “Those who have faith like that of Abraham are considered righteous by God”, and again in the plainest language, “When Jesus returns, he will be looking for faith” (Compare this to Jesus’ words, “when the Son of Man comes, will he find faith on earth?” – Luke 18:8).

I made a detailed exposition of Paul’s argument, where it is in the New Testament, how it works, and how we can reconstruct it purely from the Old Testament and the stories of Jesus’ ministry (because that’s what Paul did). I recommend it to anyone wanting more information on this topic.

Why does this all matter?

In one sense, folks often find this all a bit uncomfortable. After all, if Jesus wasn’t going around promising to save people from hell on the strength of their confession of sin, what on earth was he doing? Is it important that we find out?

I can’t cover all of that ground here, but I have written extensively in other posts about what Jesus was doing, and what “evangelism” should consist of if we are to be true to the Biblical principles of our faith. The important thing to note here is that Jesus was rescuing a forgotten truth, from what Moses had said. He was not presenting a new one. If Christianity had been “new”, in the sense that it was discontinuous with the Israel story, it would have been invalid. Here’s the thing: Christianity is completely consistent with what Moses wrote. Judaism, as it was in the first century and as it is today, is not consistent with what Moses wrote. That is the central Christian claim.

Moses, some three thousand years ago, was the first to write about “Justification by faith”. Luther, just 400 years ago, and Paul, 2000 years ago, were not. They were saying what Moses had said: to believe God is to be found righteous in God’s eyes.

This table will lay out some of the core differences between the way Judaism interprets Moses, and the way Jesus does.

The argument concerns the founding documents of Judaism. What do they mean? What story do they tell?

Much blood has been shed over this argument since the earliest days of Christianity!

On a related, but not identical issue, please consider this excellent piece by Kenny Burchard that I stumbled across on the ‘net, about the reasons why Pharisees responded to Jesus in precisely the way they did…