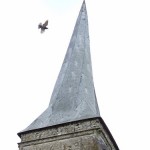 The Holy Bible: Offering An Explanation for the Atheist

What can an Atheist be offered about why the Bible is important to Christians? 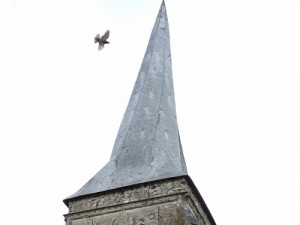 Shouldn’t we (Christians) be able to describe the Bible in terms that an Atheist can understand and appreciate, even if they don’t share our view of it’s spiritual authority? The pithy, “the Bible is the word of God” really won’t do them any good, since they don’t actually believe that there is one (God, that is).

Unfortunately, too few Christians appreciate the Bible in terms that are objective. Because of this, they are left describing the authority of the Bible in completely circular terms: “God wrote the Bible. The Bible says that there is a God. Therefore there is a God.” Such a description gives the Atheist every reason to avoid picking up a Bible, and to write-off the Judeo-Christian faith heritage as an outmoded Bronze-Age Cargo Cult. If we want Atheists to be able to understand why we value this book so much, we need to do better than that.

However, I have a policy of not criticising other approaches unless I at least have a go at doing it better. So this is a description of the Bible which will provide any fair-minded Atheist, or secular humanist, with a point from which to understand it’s authority in the Church. It’s not an attempt to “sell” the Bible, or the faith, but rather to explain it.

The Word of God?

In what sense is the Bible, “the word of God”?

See my thoughts on various ways of understanding this question: Is the Bible actually “the word of God”?

The conclusion is: Rather than focussing exclusively on the connection between God and the words on the page, I suggest that it is more fruitful to step back and ask whether there is any evidence that God was involved at all. Such evidence may not be contained within the words and pages of the Bible. Indeed I suggest that it is contained within the Church – the community created under the contemplation of the Bible, a community which purposefully seeks to manifest God’s characteristics and his will.

So where did the Bible come from?

Rather than describing the process theologically, that is, in terms of how God spoke or what the role of humans was in the process, we can talk in terms familiar to the Atheist or humanist: Sociology.

The Bible did, of course, arise within world history. It did not “fall from the sky”. See my article for an explanation of how the Bible came about: Where did the Bible come from?

The conclusion is that the Bible is “the Book of the people” – the people of God.

The Nature of the Bible’s Authority

So if the Bible comes from the “people of God”, rather than falling out of the sky directly from God, how can it be said to be authoritative over those same people?

The conclusion is that the “authority of the Bible” means that it is the source of guidance for the people of God. In this sense, the church is therefore “the people of the Book”.

The People of the Book, which is the book of the People, who are the people of God.

The book only has “authority” because the people believe that it speaks the truth, and have done so for generations. But when believed in this way, the book actually produces what it promises. People in communities that contemplate the Bible as authoritative are observably very likely to become generous, compassionate, humble, and so forth. The fact that it produces what it promises then promotes further belief in it. This phenomenon is the Bible’s self-authentication.

Having self-authenticated, the Bible effectively vindicates the faith of the people who wrote it and those who compiled it. Those people primarily (almost exclusively), wrote it for the purpose of sustaining and strengthening the faith community, and that is precisely what it continues to do. It is a tool developed by a community, for that community, and the tool works.

Putting it all together

The people of God developed from within the fundamental Hebrew conceptions about God and mankind, which arose out from Mesopotamian roots but departed from them at key points. Those foundational precepts are non-negotiable in the (later dubbed) “kingdom of God”: God is good, God is sole creator, God is all-powerful, God created humanity in his image, humanity failed God, God forbears humanity’s foibles and saves them from their own folly because of his indescribable love.

Rather than being circular, this argument is rather linear. For clarity, however, we start at the present day and work backwards to find a “cause”, and then forwards again to observe the effects:

The Bible was formed by people living by those same values, deciding which documents to include in the collection now called “Scriptures”. The documents were written by people who also shared those values and who wanted to encourage the same values in the continuing community “of God”.

Those authors were, in turn, influenced by earlier authors, who likewise shared those values.

The earliest documents are collections of spoken narratives, passed down from, through and to, people of the same set of values, for the purpose of preserving and teaching those values.

Those initial reflections and events, from which all subsequent reflection arises, and which were counter-cultural even in their own day… are said to have come from direct interaction with God. We have no external evidence to support that, but none to the contrary either, and simply allow the claim to stand as a starting hypothesis.

In fact, all through this history, various individuals of this faith have claimed direct interaction with God.

At certain important turning points, the whole people of God has been preserved in ways which are, even if the miraculous events in the narrative are excised from it, so wildly improbable as to challenge the sceptic for an explanation (preservation of culture and identity during the Exile, for example). To describe them as “miraculous” is simply the most rational language to use, even if simply referring to the odds against it.

Similarly, the phenomenon of Christianity is difficult to fathom if supernatural activity is discounted. For example, one wonders how the ministry of a Jewish peasant, executed in an unremarkable way, went past the first generation of believers unless it was extraordinary in some way.

Christianity has so far manifested a 2 Billion strong faith movement 2000 years later, which is still motivated by the loftiest ideals identifiable by humanity, and exists on the grounds that this community is the work of the Spirit of God. A pertinent question would be just how this could be, if such a God was not actually real. 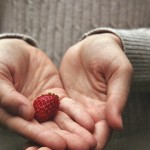 Having gone on that journey from the present time backwards to the beginning, and come back to the present, tracing the Christian interpretation of history, it should be possible to see why we Christians accept claims in the Bible which might otherwise sound ridiculous. Believing what the Bible says, in many cases, is not an exertion of faith but a fruit of it.

In my own paraphrase:

God created humanity in his image,

God forbears humanity’s foibles and saves them from their own folly because of his indescribable love.”

When we enter into the worldview described in these terms, we start to manifest a community which seeks deliberately to exemplify the noblest behaviours conceivable, as a result. This, to the Christian mind, is God-at-work, generally acknowledged as the work of The Holy Spirit of God.

The Bible is a critical part of this phenomenon. Its part is self-authenticated. Its authority derives from the self-authenticated value of its constituent parts having been recognised as they were collected together to the exclusion of other documents. Its authority is therefore rooted not only in dogma, but in history, and in tradition, and in the very process of its formation.

In fact, many see the bad behaviour of Christians over the ages as evidence that these very claims are false. I can understand that, but that it is no more a “proof” or “disproof” than the positive assertion.

I simply hope that this understanding of the Bible can help an Atheist or a humanist to understand why it is that intelligent, rational people are sometimes found to be Christians. Above all, I hope it provides a better explanation of the nature of the authority of Scripture within the Church than simply, “it’s the word of God”.