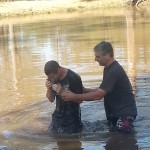 The Message of Christian Baptism: Death…? 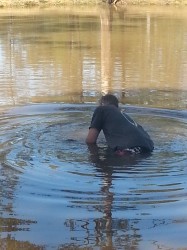 I recently had the privilege of Baptising this young man. Our conversations leading up to the event led me to show him that Baptism is, first and foremost, all about dying.

Here is the reading:

What shall we say, then? Shall we go on sinning so that grace may increase? By no means! We are those who have died to sin; how can we live in it any longer? Or don’t you know that all of us who were baptized into Christ Jesus were baptized into his death? We were therefore buried with him through baptism into death in order that, just as Christ was raised from the dead through the glory of the Father, we too may live a new life.

For if we have been united with him in a death like his, we will certainly also be united with him in a resurrection like his. For we know that our old self was crucified with him so that the body ruled by sin might be done away with, that we should no longer be slaves to sin— because anyone who has died has been set free from sin.

Now if we died with Christ, we believe that we will also live with him. For we know that since Christ was raised from the dead, he cannot die again; death no longer has mastery over him. The death he died, he died to sin once for all; but the life he lives, he lives to God.

In the same way, count yourselves dead to sin but alive to God in Christ Jesus.

Here is my explanation of Baptism, and the actual event:

… and here is Leigh, receiving his certificate: 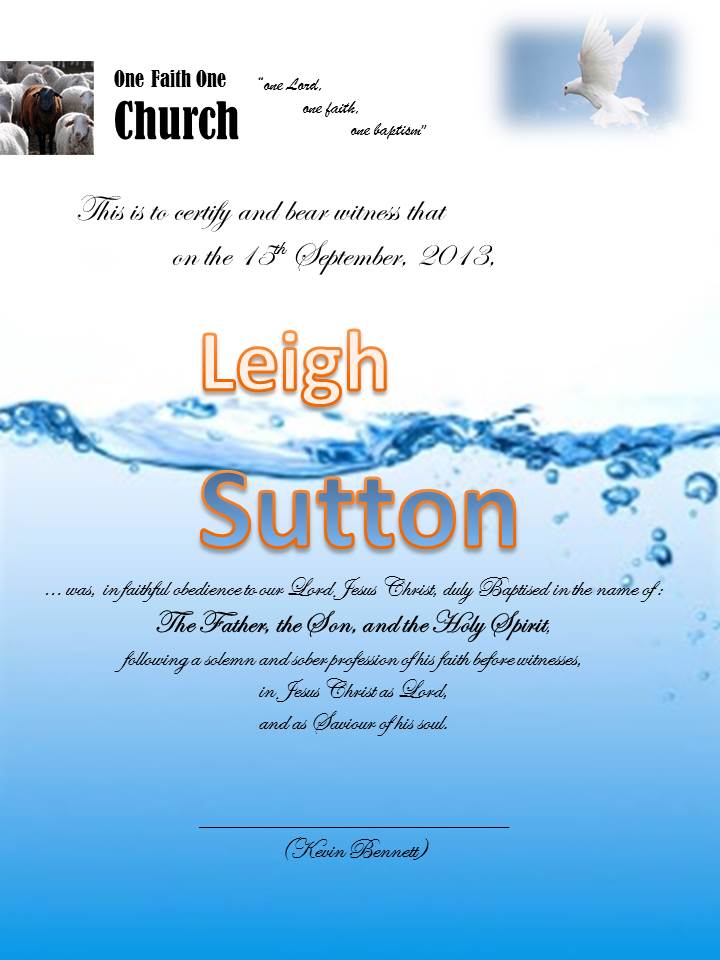