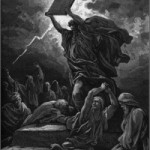 What is the “Authority” of the Bible?

The Nature of the Bible’s authority 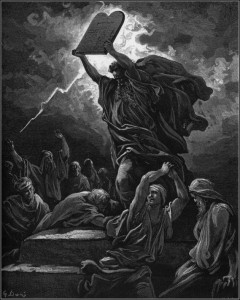 So if the Bible comes from the “people of God”, rather than falling out of the sky directly from God, how can it be said to be authoritative?

As we have seen, the Bible came together as a process over countless generations, and human beings were most certainly involved in the process. In understanding its authority, I suggest that we ought (temporarily) to back away from the question of precisely what it means for Scripture to have been “God-breathed”, or “inspired by God”. We should also back away, for a moment, from the question of whether the Scriptures are “inerrant” and/or “infallible”.

The Marks of Authority

Because the authority of the Bible does not derive from the answers to those questions.

The authority of the Bible is not something which must be taught and defended under the headings of “inspiration”, “inerrancy”, and “infallibility”. Observed carefully, the Bible establishes it’s own authority. It does this through the Church.

The Community of God

Jesus announced a community in which things were going to work differently than the way things worked in the world more generally. It would be a community founded on love instead of power, on forgiveness instead of retaliation, and on reconciliation with God instead of division. The New Testament describes the believers as belonging to this community operating in a non-worldly (counter-cultural) paradigm. 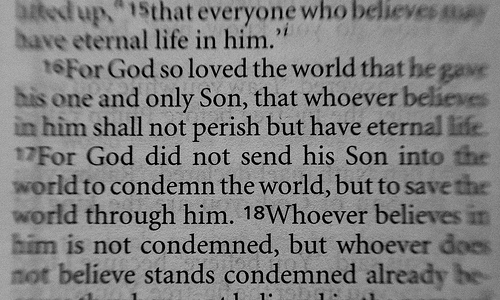 Jesus showed that the Old Testament Jewish Scriptures had always envisaged such a community, but that the Israelites had failed to live up to it. He announced that God was now beginning a new era, in which the Spirit of God would be invested directly into the faith community so that this community could finally be made real on earth, “as it is in heaven”.

The “authority” of the Bible’s account of the Jewish faith, of Jesus’ ministry, and of the early Christian Church, is therefore directly correlated to the behaviour of those who call themselves Christians today. If an Atheist observes a Christian community living-out this remarkable counter-culture of love, forgiveness, radical generosity, and social unity, they will be able to appreciate that the Bible is having an impact on those people, and achieving the role that it claims for itself:

… you have known the Holy Scriptures, which are able to make you wise for salvation through faith in Christ Jesus. All Scripture is God-breathed and is useful for teaching, rebuking, correcting and training in righteousness, so that the servant of God may be thoroughly equipped for every good work. – 2 Tim 3:15-17

Christians-behaving-as-Christians therefore actually form a powerful testament to the veracity of the Biblical claims. Conversely, when an Atheist sees a community claiming to be Christian, but which behaves very much like the surrounding culture, there is no way to ascribe any authority to their Bible.

“let your light shine before others, that they may see your good deeds and glorify your Father in heaven.” – Matt 5:16

The Bible’s role in behaviour

The People of the Book

Therefore the “authority of the Bible” means that it is the source of guidance for the people of God. In this sense, the church is “the people of the Book”.

This article is part of a broader consideration, which seeks to describe the whole phenomenon of the Bible in secularly comprehensible terms: The Holy Bible: An Explanation for Atheists