For all of my Indigenous friends. This is for you: A voice. 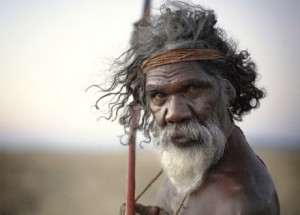 They come and telled me ’bout the white fella God.

Its got me scratchin’ me head.

They talk about this fella Jesus, and the stuff that he do an’ he said.

He’s helpin’ the poor, and the hungry’s getting’ fed…

They tell me, “y’oughta live and pray like that lad”: be kind, and forgive what’s been done.

I looked at my life and it came up pretty bad, so I did what God wants,

and I followed his son.

Followin’ the Lord’s the best thing I done, but I don’t see many white fellas give it a run.

but our land’s all gone and no one wants ta pay.

And they come and they took all the kids away!

That’s not in the Bible but they reckon it’s ok.

This Jesus didn’t steal, an’ he blessed all the kids! If yer call him “Lord”,

y’oughta do it his way.

God says the land ain’t there to sell.

He says “subdue it and work it”, and live together well.

Now, land care was in all the stories we tell.

and Black Fella never wanted to buy and to sell.

I reckon the black fella was livin’ God’s way, but when white spirits came it all went to hell.

The Bible says when the Spirit come down, They praised God in ev’ry language around.

But when Pop spoke the lingo, he got shut down.

White fella flogged ‘im till he wouldn’t make a sound.

Now he’s in the ground

… and the Lingo can’t be found.

They took our kids, made fun of our ways, wrecked the land and broke our law.

They give us the goon, the yandi, and pox, and then silently closed every door.

They want us not to be angry no more, but if their God is angry they’ll find out for sure.

One day they’ll answer for the things that they done,

the Day when we’s all getting’ judged by the Son.

Their gammin’ and stealin’ and the war that they won,

will all be against ’em, like a smokin’ gun.

The Lord said that when ya do wrong to the weak, it’s Jesus you’re kickin’ – God’s holy one!

But He told us to pray for the ones who mistreat us.

The ones who wreck families, and jail us and beat us.

“Forgive”, he said, “love your enemies”, and more.

So that on the Last Day he can welcome and greet us.

So we’ll pray, and rely on his promise to meet us,

and give us back many more times what they cheat us.

Jesus didn’t even have white skin.

He had the same colour as the Jewish mob he was in.

But the point is that all men are bound up in sin.

When we talk about “race” there’s just one on God’s heart: the “human race” is runnin’,

and in Christ we all win.

It was Jesus the “brown fella” died for our sins,

and his followers spread the word,

And the blood? It flowed red, same as men of all skins,

so as we all can be free as a bird.