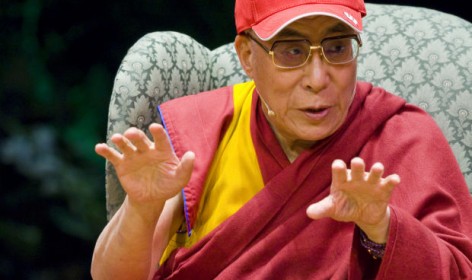 … and this just in: News from the Streets of Ipswich. Issue 23

The Dalai Lama of Ipswich? 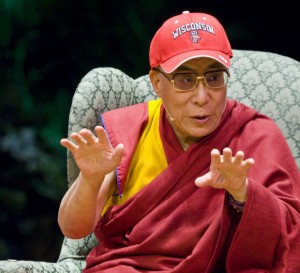 I’m not a fan of putting crude language on this website, but in very rare cases it seems to be appropriate or necessary. This is such a case. This quote is from a young man who met us on Tuesday night, and after about 20 minutes uttered this remarkable sentence as an expression of amazement and gratitude. This is his story.

Drugs, and the Sex Shop

We were enjoying our customary Tuesday night meeting in the park in Ipswich, when a young fellow walked by. He looked over at us, and we greeted him. He said, “Hi”. I asked if he wanted to join us.

It was then that it became obvious he was high. He was “on the whizz”, as he later explained – a reference to methamphetamine or something similar. He was quite nervous about attracting police attention, and seemed certain that the police would be looking for him. He declined to stay with us.

Presently he walked back past. This time he accepted our invitation to join us. His paranoia seemed unwarranted, once he actually started talking about it. It was largely speculation about the city’s network of CCTV cameras.

He immediately began speaking in highly sexual terms, effectively making himself available to us by implicit invitation and by overt innuendo. This appeared to be his natural mode of conversation, fueled by drugs at the time, he continued talking as though he was at a gay beat hooking up. He wasn’t being threatening or lurid, and we accepted his sexual banter in good humour and simply continued talking with him. It turns out he was on the way to the sex shop to get something in preparation for the night of passion he had arranged with his boyfriend. The drugs he had taken were part of the recipe.

He seemed very edgy, partly the effect of the drugs. He kept apologising for it, and expressed regret about being so wired as it was affecting his ability to enjoy our company and engage properly in conversation. Something he seemed genuinely keen to do. So I asked him about peace. I said, “Is there any way that you actually find peace, in this life?”

He replied in his characteristic, sexually charged and provocative way, “Sure, locked in a 69 with someone of your physical type”. He was being half serious, so I took him seriously. I replied, “Ok, but that’s fleeting, isn’t it? I mean the gratification you get from sex – it’s momentary. I’m talking about peace. Do you know what I’m talking about?”

This actually gave him pause. He saw what I meant.

We chatted a little. I was able to tell him things about himself that absolutely alarmed him (in a positive way). I told him how he felt about his life, and why. I don’t think anyone has ever done that for him before, and he was clearly moved by it. I was able to show him as a result, some attributes he possesses that underwrote an assertion that I then announced: “You’re a good man”

Then he did something very clever. It’s the kind of thing very intelligent people do to divert affection This guy is most certainly highly intelligent, and used to diverting genuine affection. He said, “Have you heard of ‘Personal Projection’? What you say about me is not really about me. It’s more about you. You’re the good man, and you’re projecting that on me.”

Pretty smooth move, huh? In one step he has both dodged the affirmation, and complimented me in a way that is likely to distract my attention! Except it didn’t…

I said, “I know what you mean. It’s like Anias Nin said: ‘We do not see the world as it is; we see the world as we are’. I understand what you you mean, but that’s not what’s going on here. Just five minutes ago I told you precisely how you feel about life – your deepest perceptions. You could tell that I was reading you like a book, and you were surprised that I could discern so much about you. It is with that same discernment that I say, ‘you are a good man’, not out of Personal Projection. It’s because I can see it to be true.”

That stopped him in his tracks. He evidently had never been confronted with that kind of response before.

Eventually he had to go. His boyfriend would be worrying about where he had gone, and he needed to get to the sex shop before heading home. We invited him to spend time with us again the following week, and he was very keen. He gave me his number. He had often seen us, particularly in the mall, and never come over to talk before. Perhaps the drugs helped to bridge that gap. Whatever the case, he was pleased that he had met us.

As I do with all the men in our circle, I gave him a genuine, warm hug as he was leaving. I strongly suspect that he has not been hugged like that, so warmly and in a non-sexual way, in a long time, if ever. I was aware as I held him that he was drawing much comfort there, and I stayed in the embrace for several seconds longer in response.

It was in response to that hug that he called me “the f*king Dalai Lama of Ipswich”. I’ll just chalk that up as one more “name”, among the various names people have called me, with deference and gratitude to the Dalai Lama for his part in creating a popular role model.

Ironically, I see this appellation as a case of Personal Projection on his part, more than any meaningful objective assessment of myself or the Dalai Lama.

Please pray for my new friend. He’s got a lot to deal with, and it will take lots of love.