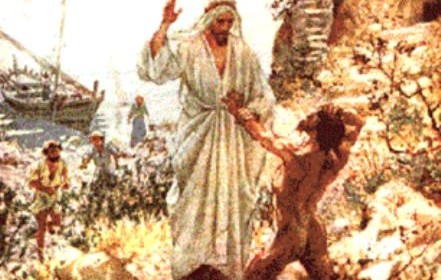 If it is by the Spirit of God that I drive out demons, then the Kingdom of God has come upon you – Matt 12:28

Do not rejoice at this, that the spirits submit to you, but rejoice that your names are written in heaven – Luke 10:20 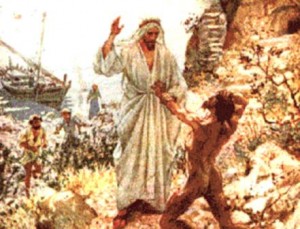 I received a phone call from a friend of mine, asking for help. His friend was unable to go to his own home because it was haunted by a dark spiritual power.

Both of them had felt it. Both of them were terrified. The poor guy had been homeless for several days as a result.

These guys were 35km away from the haunted unit, and would have been further if they could have been. They were both drinking heavily because of their fear, and only in desperation had my friend decided to call me for advice. He thought of me because I had previously told him I would be prepared to go to his drug dealer’s home to pray, because he had felt a terrifying presence there as well. The drug dealer wasn’t interested because although he knew the dark presence was there, and was real, he felt that it was an asset, not a liability.

My response to hearing of the situation of this poor chap being homeless was, “Ok, let’s go over there and sort it out”. This made my friend even more frightened. He cited an experience where Jesus’ disciples had failed to drive out a demon, and Jesus had to do it for them:

After Jesus had gone indoors, his disciples asked him privately, “Why couldn’t we drive it out?”

He replied, “This kind can come out only by prayer [and fasting].”

He said, “Shouldn’t we fast and pray for a couple of days or something?”

I saw that for what it was. It was simple fear. I said so. I told him that we were supposed to go straight around and confront this thing immediately.

Then he cited another experience of people who had attempted exorcism and failed, and this one revealed his true fear:

Some Jews who went around driving out evil spirits tried to invoke the name of the Lord Jesus over those who were demon-possessed. They would say, “In the name of the Jesus whom Paul preaches, I command you to come out.”

Seven sons of Sceva, a Jewish chief priest, were doing this. One day the evil spirit answered them, “Jesus I know, and Paul I know about, but who are you?” Then the man who had the evil spirit jumped on them and overpowered them all. He gave them such a beating that they ran out of the house naked and bleeding.

So, having answered those objections, I prevailed on them to come. They hopped on a train and I met them at the station. It was raining, there was lightning and thunder, it was all very fitting.

As we walked from the train station to the car, my friend said, “Ok, so how do we go about this? What do we have to do?”

Without slowing down I just shrugged and said, “I haven’t any idea”. He was shocked. He asked if I had done this before and I replied, “Not really, no”, and kept walking. This unsettled him even further, so I explained.

I said, “Look, you say you’ve felt the presence of this thing, yeah?”

He nodded, “Oh yeah. It made me cold right to my core. I freaked out. I couldn’t stay there. I’ve never been so scared in all my life. I had to go. I just ran all the way to the station (several kilometers), and got a train home.” The fear was still affecting him at that time, days later.

I said, “Well let me tell you something. That fear you felt there? That’s nothing compared to the terror that this spirit feels in the presence of my Boss, or even at the mention of His name. So don’t worry about what we’re going to ‘do’. Instead you need to ask yourself who we are, and in whose name we come.”

This got him thinking a lot. He was almost comforted by it until I said, “Here’s the thing: Jesus would have me go there. Live or die, that’s what I’m going to do. Because it doesn’t matter what happens to me, because I’m already dead.”

I went on to explain some of the theology around that, but he was probably too startled to follow it. In the end I said, “You know those war movies, where someone is just walking around in the middle of a battlefield, oblivious to the danger, in a kind of shell-shock? They’re not being a hero; They’re not risking their life. They just accept that they are already dead, and so they don’t fear death any more. It’s a bit like that.”

It didn’t really fill him with confidence. I think he would have been happier if I had promised we would be safe. I had no particular reason to think we wouldn’t be, but no particular assurance that we would, either.

Giving a foothold to the devil

When we pulled up and I was heading to the apartment block, my friend balked. He said, “Look, I’ve been drinking, and y’know… I’ve had a couple of cones (A reference to cannabis use). Doesn’t that make me vulnerable? Isn’t that like ‘giving the devil a foothold’?”

I spun to face him, clapped my hand on his shoulder, looked him in the eye, and commanded the alcohol and drugs out from him in Jesus’ name. I prayed that Jesus would restore and cleanse him, and sanctify him for the work we were about to do. I did it loudly, in the carpark of the apartment block, then I said, “You ready now?” and he said, “Yeah!”

The home of a demoniac

When we went into the unit we were greeted with a startling scene. The whole place had been turned upside down.

In the loungeroom, all the furniture was piled against one wall. The kitchen equipment was all over the floor. In the laundry, the back door was barricaded with the mattress from the bed and some wooden beams, and the door handle was tied to something at the opposite side of the room with an electrical extension cord, which had been tensioned by using a stick and twisting it over and over, then wedging the stick against the laundry sink. It had an air of terror about it.

It turns out that the menacing presence was coming from/through this southern wall, so in both the lounge and the bedroom, that wall was barricaded with all the furniture.

I stood and prayed.

My friend, for some reason he never explained, reached into the room and turned the light off, and closed the door, leaving me alone in there. I didn’t care. I was praying.

As I prayed I started to see.

Chaos and the Kingdom of God

There was chaos. This dark spiritual presence was interested only in chaos. But there was more: the chaos was not just in the furniture and the personal effects, it was all connected to the mind of the guy who lived there. This chaos was joining itself to him, dwelling within him, driving him mad.

Once I could see all this, I saw what our job was. it was to bring order.

I started constructing the bed (in the dark).

My friend made several attempts to enter the room, on his knees, praying all the while. It took a few attempts, but after a while he was in the room, and began to help putting the bed together.

We turned on the light and put the room back together as I explained what was going on in spiritual terms.

We fetched the mattress, but I left the cord on the door. I didn’t mention it to him, but I discerned that removing it would be too traumatic for the guy who lived there. I left it in place without passing judgement on it. He would remove it when he was ready.

We put the lounge room back together, and the kitchen. As we did, I started to pray about, and in confrontation with, the spiritual presence. Things got a little weird then.

My friend was on his face on the floor. The guy who lived there was pacing around as though he was terribly busy, and I was chucking little handfuls of water everywhere from a bowl I had grabbed from the kitchen, declaring the whole place sanctified and clean in Jesus’ name, and commanding the spirit out.

When I had gone around the whole unit at least once, I found myself cornering the guy who lived there. In the moment it suddenly became clear what I must do: I commanded him to speak out the things that were holding him in shame; things that he was ashamed of. He started telling me things and I stopped him. I said, “Don’t tell me, I’m busy praying for you. I can’t hear you. Tell God. Tell him everything!” Then I held him by the shoulders and prayed fast and loud as he started pouring out his guts.

Meanwhile, my friend was still on his knees on the floor, praying partly for the home, and partly for himself. At some point I reached one hand down to his shoulder and started praying also for him. It was pretty noisy for a little while…

Then, when old mate had finished confessing, I took the water and chucked it on him, and signed the cross on his forehead with it. I declared him clean and sanctified, a possession of God. I solemnly warned the dark spirits of the consequences that might arise from interfering with him.

Then there was peace.

It was quite obvious to all of us that the job was done. The resident of the unit was quite happy to stay there for the night, with no reservations at all.

My friend, however, elected not to stay the night.

Initially he had thought he would, saying, “If Kev if going there [to cleanse the place]”, then he would stay. So what changed?

Well, old mate had started putting together a shot, and was going to boot some drugs before bed. My friend, still concerned about ‘opening a door to the devil’, was too frightened that this might undo the prayers that we had prayed. I was unable to convince him otherwise.

I drove him home, lecturing him the whole way about fearfulness. That can be the topic for another blog post.

For the God has not given us a spirit of cowardice,

but a spirit of power,