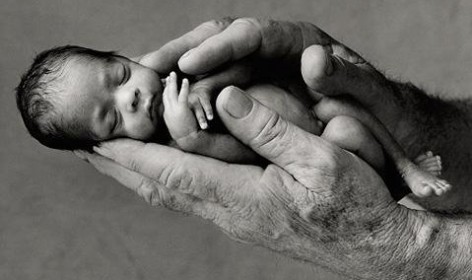 Does the Bible say we are adopted by God? 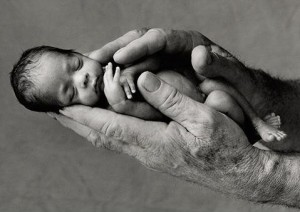 I am quite certain that the Bible does not say we are adopted by God. It does say that we are born of God.

Many commentators seem awfully confused about this, but that’s because they are reading an English translation of a Greek document, written in a different culture. Translators have used the word “adoption” to translate the Greek word, “υἱοθεσία”, but they should have used some other English word, because that’s not what it means.

If any single thing is clear in the New Testament it is this: “Verily I say to you, unless one is born again, he cannot see the kingdom of God.” (John 3:3). Entrance to the kingdom, to the family, to the brotherhood of believers, is by birth. It is not by adoption.

What does the Bible say about “adoption”?

There are a very few quite specific references to “adoption” in English translations of the Bible. In combination they seem like they are referring to God adopting people:

For you did not receive the spirit of bondage again to fear, but you received the Spirit of adoption by whom we cry out, “Abba, Father.”

… to redeem those who were under the law, that we might receive the adoption as sons. And because you are sons, God has sent forth the Spirit of His Son into your hearts, crying out, “Abba, Father!”

He chose us in Him before the foundation of the world, that we should be holy and without blame before Him in love, having predestined us to adoption as sons by Jesus Christ to Himself, according to the good pleasure of His will.

So why question it?

Just reading those verses makes it sound pretty convincing, doesn’t it? It sounds precisely like Paul is telling us that God is in the adoption business.

Besides the obvious contradiction between this and the theological imperative of new birth, there are other hints that this word “υἱοθεσία”, translated “adoption”, cannot really mean “adoption”. How about these two examples:

Not only that, but we also who have the firstfruits of the Spirit, even we ourselves groan within ourselves, eagerly waiting for the adoption, the redemption of our body.

What was that…? “We who have the firstfruits of the Spirit…” are “waiting for the adoption”? That’s a bit jarring, to say the least! In fact, we saw Galatians 4:5-6 above, which makes very clear that in the present tense we are sons.

Why would a son be waiting for adoption?

Oh dear… “the adoption” has always, (along with “the glory, the covenants, the … law, … the promises,” etc.), been a provision for the Israelites. How can we reconcile that with the rest of the New Testament, in which the Jews must be born again.

So there really is a problem here.

The problem does not lie with the author of these words, but with the reader. The problem is that we don’t understand the word, “υἱοθεσία”.

“υἱοθεσία” does not mean “adoption”.

Ok, so what does it mean?

It is fair at this point to demand what I propose to do with this problem. If the word “υἱοθεσία” does not mean “adoption”, what on earth could it mean? What meaning can we insert instead so that the result is something sensible, and likely to represent the ideas of Paul of Tarsus who wrote these texts?

There is no single word that will work, but there is a single idea. The idea is that of coming into an inheritance. Let’s first just insert that idea wherever the word “υἱοθεσία” is used. That way we can be sure to know if it fits or not.

For you did not receive the spirit of bondage again to fear, but you received the Spirit of inheritance [the spirit which indicates and guarantees an inheritance] because of which we cry out, “Abba, Father.”

Compare this idea to 2 Corinthians 1:21-22: “Now He who establishes us with you in Christ and has anointed us is God,who also has sealed us and given us the Spirit in our hearts as a guarantee.“

Does that seem to fit? I think so.

… to redeem those who were under the law, that we might receive the inheritance as sons. And because you are sons, God has sent forth the Spirit of His Son into your hearts, crying out, “Abba, Father!”

Well that changes the idea here a little. Previously it sounded like we were sons because of the “υἱοθεσία”, but now it appears that we receive the “υἱοθεσία” because we are sons!

He chose us in Him before the foundation of the world, that we should be holy and without blame before Him in love, having predestined us to an inheritance as sons by Jesus Christ to Himself, according to the good pleasure of His will.

Again, rather than the “υἱοθεσία” causing the sonship, it is the sonship that results in an inheritance falling due. We are made sons by Jesus Christ, according to the good pleasure of his will, and in him we have in inheritance.

Does that sound like Romans 8:16-18? “The Spirit Himself bears witness with our spirit that we are children of God, and if children, then heirs—heirs of God and joint heirs with Christ, if indeed we suffer with Him, that we may also be glorified together.“

It sounds that way to me.

Not only that, but we also who have the firstfruits of the Spirit, even we ourselves groan within ourselves, eagerly waiting for the inheritance: the redemption of our body.

We slid past it earlier, but right here, Paul actually tells us what the “υἱοθεσία” actually is. It is “the redemption of our body”. In other words, the Resurrection! This is our birthright as children of God. Having been born into God’s family, we become heirs to all of the family traits, proclivities, privileges, and assets. God’s family has, as it’s most illustrious inheritance, the Resurrection of the Dead, and we are heirs of it. We will come into our inheritance at the dawning of the Age, on the Great and Glorious Day of the Lord – The Resurrection.

That’s what Paul was saying.

The Israelites were always supposed to be destined to inherit the Kingdom. They failed continually, of course, but implicit in the law and the life in God’s service and the covenants and the promises, was this inheritance as a people: The Resurrection of the Dead, which stands for the whole concept of the kingdom of God.

It all seems to make a lot of sense.

What does this mean?

It means that “adoption” is not a word that should be used in connection with “υἱοθεσία”. The word has everything to do with the inheritance due to a family member, and nothing to do with how one came to be a member of the family. We happen to know how a person becomes a member of God’s family. It is by birth.

He came to what was his own, and his own people did not accept him. But to all who received him, who believed in his name, he gave power to become children of God, who were born, not of blood or of the will of the flesh or of the will of man, but of God.