… and this just in: News from the Streets of Ipswich. Issue 9 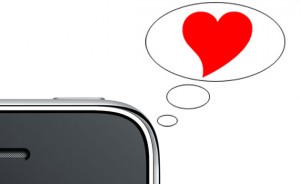 For many years, in various forms, I have maintained a ministry-by-SMS. It is simple, practical, and has a huge impact on people.

It began rather early in my Christian experience. I encountered many Christians who suffered from doubt, disillusionment, fear, anxiety, and generally did not experience the constant presence of God as I did.

I began with one or two people, simply sending them an encouraging message each day by sms. In those days it was important to keep it to 160 characters because phones weren’t splitting and concatenating multiple messages by then. They were typed on a Nokia phone with the numeric keypad…

It took a fair bit of creativity and dedication to come up with an encouragement each day, but it drove me into praying for them, so that an encouragement would be forthcoming from God. He never failed. After a while I settled into sending a Bible verse. I would pray for the person, and then send whatever verse God wanted them to receive that day.

The people receiving these encouragements found them to be hugely important. More so than I had imagined. Others began enquiring about it, and before long I had a dozen or so messages to create each day. It started to occupy up to 45 minutes each day… So I started constructing just two or three messages per day, and sending the same one to several people.

Today, I have 23 recipients. I only create a single encouragement each day and send it to all of them simultaneously. Most often it is a verse or three from Scripture. Sometimes it is an encouragement from me instead.

I am frequently humbled to learn what people are doing with this little service I provide.

One man had a notebook and had carefully transcribed every one of my messages to him over a period of around twelve months. That’s several hundred verses of scripture… I said to him, “Good grief, mate. Soon you’ll have the whole Bible in there!” He said, “I don’t mind that at all”.

A friend who went to prison for five or six months recently found that when he switched his phone on after getting out again, he had to deal with a couple of hundred text messages, all filled with the word of God, all sent to him with love while he was locked away, pouring into his phone for about half an hour! That was very meaningful for him.

Another friend found that the messages arrived at the most (in)opportune times. He says that very often he would go to “chop up” some cannabis, and the message would arrive, and he would put down the drugs and go back inside. It got to the stage that it freaked him out, wondering how I could possibly know… I didn’t, of course, but Someone did.

On many occasions, the guys have told me in deep earnestness, “don’t stop” sending the messages. They have been credited with averting suicides, helping marriages, combatting depression, and eventually convincing even the hardest of skeptics that they are loved.

More blessed to give

When I started doing it, mobile networks charged for sms messages. I didn’t mind. It was worth it. Nowadays, I’m on a plan with infinite text. It literally costs me nothing.

But it does require a substantial discipline. Some days I really don’t feel like it. I get busy, for example, and sometimes I actually forget altogether. But it doesn’t matter. I just send one out the next day.

The truth is that this blesses me at least as much as it does the recipients. It drives me to prayer every day for my friends, it pushes me to explore the Bible ever further for meaningful quotes and encouragements, and it keeps me loving and serving. It truly is more blessed to give than to receive.

I admit to having entertained the idea of automating it. It wouldn’t be hard. I’m a computer programmer. I could easily create a database and do all kinds of wizardry, by having texts arranged in series’, tracking which messages have been sent to whom, and so forth…

But then I would stop benefiting. I would stop being driven to pray, and to seek on my friends’ behalf. I would not be reminded every day that people rely on encouragement, sometimes for their very life.

So I have resolved not to automate it. This is a gift to me. I cherish it.

I also recommend it to anyone else who feels called to spread the goodness of God. Think about it. It’s simple, but it really matters, in ways you might not have thought possible.