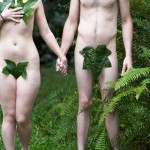 Original Sin, the meaning revealed… without even mentioning sex! 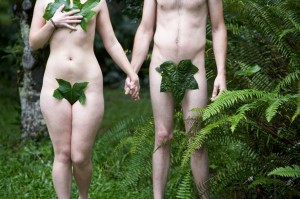 Original Sin is a doctrine completely separate from any notion of sex or sexuality. The Church has managed to confuse those ideas in most unhelpful ways throughout history, but I won’t be doing so here. So if you’re in the mood for a salacious, sexy romp through the Scriptures, I’m afraid you’ll be disappointed…

Where does the idea arise in Scripture?

The idea of Original Sin centres on the story of Genesis Chapter 3, in which Adam and Eve, having been created in God’s image (Genesis 1:27), and having been observed along with all creation to be “very good” (Genesis 1:31), were given some responsibilities, but failed to uphold them. The ways in which this story is interpreted can give rise to various understandings about what this first sin actually meant, what it caused, and what that means for our understanding of mankind and of God.

Christians are given a reasonably direct reference point in Paul’s writings, in Romans 5:12-21. As with the Genesis account, the various interpretations of this passage are both instructed by, and produce, assumptions about the Genesis 3 passage. The result is that different understandings are possible.

The term “Original Sin” is not in the Bible. It means the first time in the Biblical narrative that people sinned. Their sin was disobedience to God, in seeking “the knowledge of good and evil”, thus implicitly seeking to usurp God (whether or not they realised that). It has nothing to do with sex as such, but having sinned, they became conscious of their own nakedness and their behaviour suggests that they experienced shame.

For many centuries in the Christian Church, Original Sin has been considered something of a disease, caught from one’s parents at birth. The Catholic Encyclopaedia calls it “the hereditary stain with which we are born, on account of our origin, or descent from Adam”.[1] From the time of Augustine of Hippo (4th and 5th Centuries AD), the orthodoxy has thus focussed on “original sin” meaning a condition from which the natural man must be liberated, and that this liberation relates intimately with Salvation.

During the period called “The Enlightenment” (18th – 19th Centuries AD), in which scholars tried to make sense of the Scriptures using rational deduction, the understanding of sin as having been inherited was “vigorously opposed”.[2] In fact, the very presence of such a doctrine was having the observable effect that people were accepting their sinfulness with resignation, rather than addressing it.[3] It was this effect which was found the most objectionable.

But the objection was not actually new!

In the 5th Century, Pelagius had a similar objection, and on similar grounds.[4] Pelagius suggested that Adam’s contribution to subsequent generations was no more than “a bad example”.[5] He switched the comprehension of “Salvation” entirely, so that, rather than it being a rescue from a pre-existing state, it was now imagined as the process by which one remains in the good standing one has enjoyed from birth.[6]

In the 16th Century, Arminius argued that Jesus’ ministry “in effect neutralizes the corruption received from Adam”,[7] but (contrary to Pelagius), humans are yet unable, without divine help, “to fulfil God’s spiritual commands”.[8] This means that the ministry of the Holy Spirit is required, but that any historical, inherited sin is dealt with for all humanity by Jesus’ Crucifixion.

Also in the 16th Century, Calvin reacted to Arminius by affirming that, not only are humans incapable of pleasing God, but that their guilt for Adam’s sin remains on them unless and until they are saved by specific application of faith.

Much of the systematic theology we have today is a torturous attempt to retain various of the middle ages doctrines, in the face of new understandings which make them seem increasingly unlikely to represent the Apostolic teachings.

Drawn from the very brief sketch above, the following time line can be drawn:

We only have whatever is written in the Bible. It has been interpreted in various ways at various times. It is important to discover how the original readers, and writers, thought about these things.

Pelagius observes that the understanding produces undesirable results and proposes an alternative.

Augustine’s definition is retained as Orthodox.

Arminius proposes a variation on the theme, and Calvin responds by amplifying Augustine’s definition.

Rationalists find that the Orthodox position produces unwelcome results, and question it, resulting in something much closer to Pelagius’ position.

We evaluate historical doctrines based on our new information.

Why did the Ancient Israelites consider the Genesis story to be important?

In Ancient Israel, the Genesis story was being kept and passed down through the generations when there was no Biblical Canon, and for much of the time not even necessarily written Scriptures as such. The story was obviously considered important,  otherwise they would have lost interest in it. As a nation, the Genesis account of creation was vitally important.

Without going extensively into it, I would point out that the Ancients were not as keenly interested as we are, in impartial historical accounts simply reporting facts. They retained particular stories as an historical commentary, which affirmed their identity and their distinctive culture. The Genesis Creation account is precisely this.

What would Ancient Israel have found in the story?

The importance of the story is that, whereas the surrounding people groups had other ideas of where humanity came from, and the depraved and capricious nature of “the gods” and therefore also of people, the Israelites understood the One True God, who was superlatively good, and humanity as crowning a “very good” created order. For more details and a deeper treatment of this subject, see “Where did the Bible come from?”

What the Garden Story meant for the Ancient Israelites must be understood in this context. It represented several key ideas, which were directly and polemically opposed to ideas of their contemporaries. The effect of that on Ancient Israelite thinking is as follows:

1. Humanity has a responsibility, laid on us by God, to live properly in relationship with God, our benefactor.

2. Adam and Eve failed in that responsibility, resulting in inevitable shame for their family. In a culture of family shame, “the sins of the father are visited upon the son”, because the children are considered culturally inseparable from their parents. If one is bad, all must be bad. This phenomenon comes up frequently in the Biblical account (see Achan, for example, in Josh 7), posing ethical questions (see Ezek 18).

3. Despite their fall from grace, this beneficent God rescued them from the immediate and otherwise inevitable penalty (“death”), and clothed them to cover their shame.

4. The shame of failing God had not ever been lifted from humanity, and our propensity to fail God is a daily reminder of the deservedness of our shame.

5. God provided covenants, in which our shame, although still warranted, would be covered (“atoned”).

6. God’s people, despite all of this, continued to fail to live up to the reasonable and fair requirements of a good God.

7. (In the time of Jesus) Even the current covenant lies in tatters for all the world to see, because we are a subjugated people, serving foreigners. Therefore our shame is painfully on display before the whole world, but one day God will send us the Christ, who will reverse our shame and restore us to proper covenantal relationship with Him.

This is not precisely the same interpretation as what Augustine comprehended, nor Pelagius, nor Calvin, nor the Rationalists, nor even many modern theologians who are still instructed by the assumptions of earlier Christian thinkers. What I have described here is, however, in line with what we now know about the Ancient Near East, its cultural concerns, and the People of God in history.

What did Paul mean, then?

In the 1st Century AD, Paul wrote the letter to the Romans, in which he makes specific reference to the Genesis story. I suggest, however, reading Romans 5:12-31 with the following introductory paraphrase (my own) in mind:

Whereas even the People of God, during and since the Exile, have succumbed to the shameful failure to live up to God’s fair and reasonable instructions, Jesus Christ has actually restored the honour of the true Israel and has re-cut a covenant for them with God.

So now, they and many more can benefit from God’s plan of redemption, through faith in Him, as this progenitor!

Having done so, much of the controversy over “Original Sin” falls away, obsolete.

Much more could be said (what is this “death”?, what about the doctrine of “depravity”?, What about sex? etc.) , but I’ll leave those for another time.

So what is “Original Sin”?

Although not even a term arising directly from the Bible, Adam’s sin does resonate through the history of God’s people. We can therefore call it “Original Sin”. It is best understood as a condition of shame before God, which occurs because humanity is generally incapable of, and unwilling to, experience life “before the face of God”, which means being unswervingly committed to the very highest imaginable moral standards.

The ministry of Jesus brought with it a covenant into which we can enter (by faith…), wherein it is expected that we will be precisely thus unswervingly committed, and that we will also have complete faith that our failings in the attempt will not be held against us as condemnation, and therefore cannot impede our relationship with God. We are saved from the shame of the Original Sin (and its effects, however they are described), because we pursue absolute holiness, in keeping with our covenant commitment to do so. Our good Father God is continuously promising that our errors and failings are not resulting in condemnation, pointing to Jesus as the proof that this New Covenant is indeed active and efficacious.

[1] In fact there are two parts to the definition: “Original sin may be taken to mean: (1) the sin that Adam committed; (2) a consequence of this first sin, the hereditary stain with which we are born on account of our origin or descent from Adam.” – Stéphane Harent, “”Original Sin.” The Catholic Encyclopedia. Vol. 11,” Robert Appleton Company, http://www.newadvent.org/cathen/11312a.htm.
[2] “The idea that the human nature is in some sense flawed or corrupted, expressed in the orthodox doctrine of original sin, was vigorously opposed by the Enlightenment.” – Alister E. McGrath, Christian Theology : An Introduction, 3rd ed ed. (Oxford: Blackwell Publishers, 2001), 94.
[3] “Voltaire and Jean-Jacques Rousseau criticized the doctrine as encouraging pessimism with regard to human abilities, thus impeding human social and political development and encouraging lasses-faire attitudes.” – ibid.
[4] “It seemed to [Pelagius] that an unduly negative view of human nature was having an unfortunate effect upon human behaviour. Coupled with an emphasis upon God’s sovereignty, the estimation of human sinfulness seemed to remove all motivation to attempt to live a good life.” – M.J. Erickson, Christian Theology (Baker Book House, 1998), 649.
[5] Ibid.
[6] Ibid., 650.
[7] Ibid., 651.
[8] Ibid., 650.