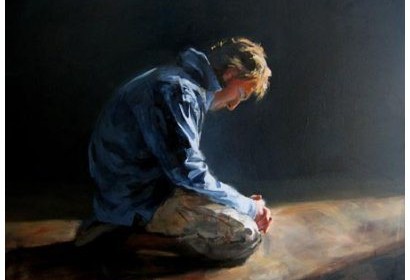 … and this just in: News from the Streets of Ipswich. Issue 20

FROM HIS FULLNESS WE HAVE ALL RECEIVED, GRACE UPON GRACE

From his fullness we have all received, grace upon grace. – John 1:16 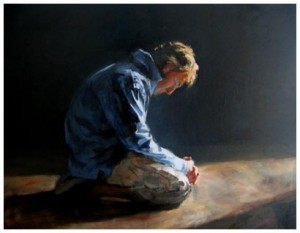 This week we met The Boyfriend of the young woman we had met the previous week.

What do you say to a drug addict who bashes his pregnant girlfriend and abandons her?

I told him I love him.

Do you know what God says to a man like you?

Last week we met the girlfriend. Please pop over to that article for some background. This week she came back to see us, chatted for a while, then brought the boyfriend over. It was spectacular.

For a while she was just chatting. I was stunned at how much wisdom she was speaking! In her speech I could detect that she was transcending the narcissism and manipulation of the boyfriend, was gaining more and more clarity about what was “ok” and what was not, and drawing almost flawless lines around what was her own responsibility and what responsibility lies with the boyfriend. There had been more of the same abuse, emotional and physical, but something had changed. She was seeing it differently.

I was gushing with praise and genuine admiration. What a turnaround! She has a history of abusive relationships. This was a watershed. She credited the new-found wisdom with the conversations from the previous week, but how far she had come! It was amazing. Clearly, if things don’t change, this girl is rapidly building up the determination and perspective she will need simply to walk away. Praise god!

Then she brought the boyfriend over…

My female friend, the one who had first reached out to the young woman the previous week, is not subtle. She squared-up to the young man and demanded that he hear her as she listed his crimes. I gently intervened, to the visible relief of the young woman, who had brought the guy over for nurture, not torture.

I said to my friend, “You know last week, how you said that you deal with the women and I deal with the men?” (She had said this the previous week, and I had just let it stand), “How about you let me have a chat with him…?” She relented.

The girlfriend also backed away, clearly pleased that her beloved was receiving attention from me. I began…

I spoke to him for about half an hour. In that time he cried a bit, nodded a lot, courageously answered some of my questions, and never made a move to get up and go. He even understood as I explained that I had been counselling his girlfriend and equipping her to leave him for her own protection if she needed to.

But overall the message was that I love him. The message was also that God loves him. I explained this in a way that was clear, and simple for him to understand. That’s one of the sources of tears. The other thing that brought tears was my simple, brutal conversation about God’s forgiveness.

At the core of my frequently repeated message about God’s forgiveness is a conversation between a man and God. It generally goes something like this:

All this junk is getting in the way of a good relationship between you and God. Can you see that?

God is saying, “I’m taking all this now… and I’m taking it off the table.

So now what are you going to do?

The implication of my final question is, by then, brutally clear: All that junk had been the inspiration and explanation, or the excuse, for all the bad behaviour. Because the junk was there, the behaviour was sort of predetermined, and at least understandable. Now that the junk is gone… there is no excuse!

In answer to my question the guy said, in all honesty, “I have no idea…”

I said, “You’re dead right you have no idea. Those are wise words. People think they know what they’ll do, and they suppose they’ll do this or that, but the truth is that when you’re forgiven like that, and you’ve got a fresh start… well, it’s something you have never experienced before! It’s like being born again as a newborn baby. Babies don’t know what to do either!

He was getting it. He really understood.

I went on. I said, “In the Bible it’s called dying. The old you is dead, and a new you is born. The old you can’t control what you do any more. Dead men don’t talk.”

He liked that. He even smiled a little.

I said, “Of course, sometimes that old man speaks from the grave and tempts you and drags you back into your junk.”

He nodded soberly, recognising this as wisdom.

I said, “And do you know what God says to a man who has been forgiven and set free, given a new life, and then returns to his junk? A man who fails to live up to the honour of being called a son of God? Do you know how that conversation goes, when you take that old junk and put it back on the table?”

His head was low. His lips were pursed. He waited ominously.

I continued, “God says, ‘I’m taking all this now… and I’m taking it off the table. Now what are you going to do?'”

Because humanity is a problem, and God has a solution. The solution is called “grace”.

I’m aware of how controversial my assertion of forgiveness might be, but I would gladly die on a hill defending it as truth, even in a line-by-line exegesis of Hebrews 10 (which is actually about recanting under persecution). Anyway, I’m not engaged in lofty theoretical doctrinal debates, but in raw ministry. In the context I’m presenting it, it is correct. And in that context, it has the power to change a man’s life.

At this point the girlfriend came back over. She had not heard our conversation, but I suddenly noticed she had been crying. She had been watching her boyfriend being loved into sanity by a man, in a way that she had never seen. She was overwhelmed with emotion. The two of them spoke tender promises to one another. There was an air of hope.

Our young female hero is no idiot. She knows that the road will be rocky, but she loves this man. She is now equipped with a sober appreciation of who she is, and what she needs to accept and what she can reject. She also has a new group of friends who will continue to remind her of these things. She’s going to be ok. In fact, perhaps this couple might even be ok. I’ll be praying for that. Their baby is due in January.