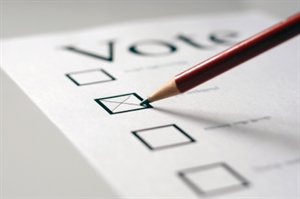 Biblical Election: It’s not a Democracy

Is God a Voter, and each of us a Politician? 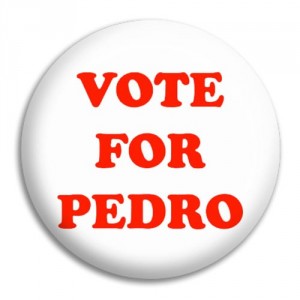 In the Bible the word has more to do with the concept of “choosing” than anything relating to democracy. Even then, the way it has been interpreted in many cases is badly misleading.

Election in a Democracy

In a Democracy, we all go to the polls and cast our votes. Someone is elected into the Parliament as a result. If Biblical Election meant anything like that, we would be looking at a divine “polling day”, where there are billions of candidates (us), and one voter (God). God would be casting his ballot for some of us and against others, and some of us would be “elected” into the People of God as a result.

As it happens that’s pretty much what the Middle Ages theologians thought “Election” meant in the Bible. They were wrong.

Election in the Bible

Abraham was “Elected”, and as a consequence, anyone descended from him was part of “the elect” unless they were “cut off”. None of Abraham’s descendants were “elected” the Election is something that happened once, for all. Each Jew was a member of “the elect”, but God did not elect each one.

Christ, in a related way, was “Elected”, and individual Christians who are “in Christ” are therefore members of “the elect”, but each Christian was not “elected”. Only Christ was elected. Ephesians 1:3-4 is frequently misread to mean otherwise, but in fact this is precisely what it is saying:

Blessed be the God and Father of our Lord Jesus Christ, who has blessed us in Christ with every spiritual blessing in the heavenly places, just as he chose us in Christ before the foundation of the world to be holy and blameless before him in love.

It’s like saying that you decide to open a gym for women. In making that choice, you are choosing only women as customers. That does not mean you individually select each woman, yet each one can justifiably say that she was “chosen” from the beginning to be included as a customer at your gym whereas others were excluded.

I wrote some time ago about Election, and it is an in-depth exploration of the whole doctrine. It looks at the various erroneous theories about it that have been popular, many of which remain popular today, and a tour through the Bible showing how the Biblical authors, as opposed to later theologians, thought about the question of Election.

Click here to open the Essay in another tab

Implications for other doctrines

Understanding this doctrine of Election will potentially bring other doctrines into question. For example, the Middle Ages theologians argued long and loud about the basis on which individuals were elected (which of course, as we have just explained, they aren’t).

Arguments arose under the heading “Predestination”, which got just as muddled as the Election debate. I have written separately about Predestination as well:

Click to open this article in a separate tab.

In Ephesians 1, there is an unfortunate coincidence where the mention of “Election”, or “Choosing” in verses 3-4 (as displayed above) is immediately followed by the mention of “adoption”. To the casual reader it may seem that Election and Adoption are both equivalent to “joining the people of God”. In fact, neither of those terms means that.

Here is an excerpt from another article I wrote about the term “Son of God”, where I mention “adoption”:

Paul’s term “υἱοθεσία” (“adoption”) and cognates (Rom 8:15, 23; 9:4; Gal 4:5; Eph 1:5) is not equivalent to this special birth (contra Ladd[14] and McGrath[15]), because “adoption” is something which had always been a provision for the Israelites (Rom 9:4), and in any case is not experienced until the Eschaton (Rom 8:23). “Adoption” therefore relates to an as-yet-unrealised eschatological phenomenon for the faithful, and not directly to individual conversion, which instead is by “birth”.

Click here to open the article in a new tab

More on “Adoption”, in another article I have subsequently written:

In short, this is a doctrine that says, once you have become a Christian, it is impossible to become a not-Christian.

It’s a funny doctrine, because whole passages of the Bible are dedicated to insisting that a person most certainly can be excluded from the People of God (Romans 11:22, John 15:6, etc…). It comes about because of misunderstandings in some of the other doctrines, including “Election”. Because if Election was something referring to a person joining the People of God, what would we do with this?

As regards the gospel they are enemies of God for your sake; but as regards election they are beloved, for the sake of their ancestors; for the gifts and the calling of God are irrevocable.

Frankly, this passage is incomprehensible if “Election” means “join the people of God”. Since the beginning there have been people among the “elect” who have been “cut off” for various reasons. This is a prominent feature of the Law of Moses, in fact, and there is no basis for saying that things are entirely different in the New Testament.

This single short passage is sufficient to show that key Biblical terms are being misunderstood by those who talk about “Perseverance”, and “Election” in the terms that Calvin, Luther, and their peers did.

As with anything, a simple misunderstanding can pave the way to a whole collection of strange errors. This has been the case with the doctrines of Election, Predestination, Adoption, and Perseverance as I describe above. The strangeness has also manifested under the headings, like “Total Depravity”, “Atonement”, and a whole host of others. Ultimately they all connect together in a variety of ways, so that one’s interpretation of one of them will affect the interpretation of several others.

I trust, because I pray, that this explanation will aid understanding, provoke searching questions, and not cause unnecessary distress.