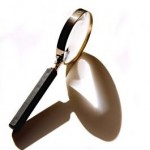 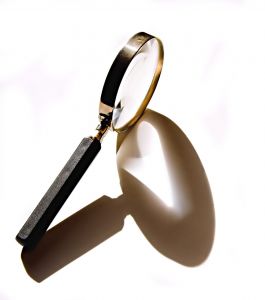 The best way to hide spiritual gems: surround them with an intellectual feast.

In his article, “Walter Wink on Jesus“, Wink provides clear, precise teaching on issues that are commonly misunderstood. He does such a fantastic job in his teaching that the interested reader is at risk of missingthe most profound assertion of the whole piece!

The central idea from Wink

Wink’s central idea is that Jesus promoted non-violent resistance. He’s correct of course, and supports his argument well. He gives stimulating insight into the cultural setting of the day and sets the scriptural account in its proper context.

The most important idea from Wink

The most important thing that Wink says, however, is not his main point. In an incidental fashion, as a supporting comment to his overall point, Wink touches on the kingdom of God that Jesus saw as it was being made manifest around him.

I recommend that you read his article and absorb his central point because what he says is good and true! But having done that, go back over it and look out for this sub-theme:

Jesus does not encourage Jews to walk a second mile in order to build up merit in heaven, or to exercise a supererogatory piety, or to kill the soldier with kindness.  He is helping an oppressed people find a way to protest and neutralize an onerous practice despised throughout the empire.  He is not giving a non-political message of spiritual  world-transcendence.  He is formulating a worldly spirituality in which  the people at the bottom of society or under the thumb of imperial power learn to recover their humanity… – Wink

To those whose lifelong pattern has been to cringe before their masters, Jesus offers a way to liberate themselves from servile actions and a servile mentality. And he asserts that they can do this before there is a revolution.  There is no need to wait until Rome has been defeated, or peasants are landed and slaves freed.  They can  begin to behave with dignity and recovered humanity now, even under the unchanged conditions of the old order.  Jesus’ sense of divine immediacy has social implications. The reign of God is already breaking into the world, and it comes, not as an imposition from on high, but as the leaven slowly causing the dough to rise (Matt.13:33//Luke 13:20-21). – Wink (Highlight mine) 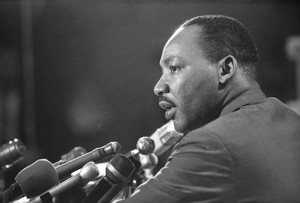 MLKjr: Someone who gets it.

“Jesus’ teaching on nonviolence is thus of a piece with his proclamation of the dawning of the reign of God.”

But I’d go further. I don’t think it is only “of a piece with” the gospel. In Wink’s description I find myself in Jesus’ head, looking at the world through his eyes, seeing the kingdom of God being made manifest through these words of life, this teaching which inverts the Satanic world order.

[The people] could begin to act [immediately] from an already recovered dignity and freedom, and the ultimate consequences of such acts could only be revolutionary. – Wink

Nailed it. Wink, you get the nod.