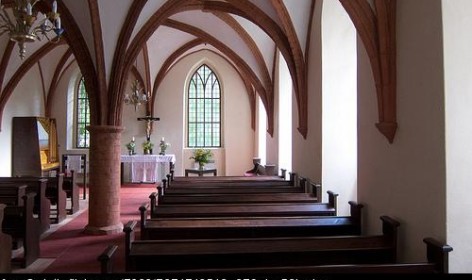 How many churches are there?

Why are there so many denominations in the Christian faith? What’s the difference? Does it matter? 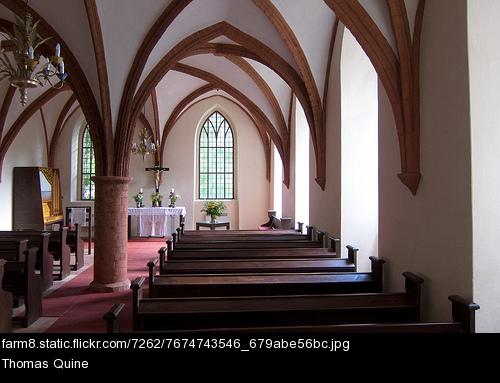 I was wonderfully confronted by the living God in a little Anglican church, and came to faith.

Since that time I have been quite involved in a Salvation Army church, a Churches of Christ church, a Pentecostal church, and a church that meets under a tree every fortnight. One of my kids attends a Catholic school and the other a public school. Both were homeschooled in a Christian program for several years, and are both in a Girls’ Brigade program run by a Congregational church. I was married in a Catholic church, and both my kids were Christened in that church (before I was even a believer). Much of my extended family attends Baptist churches with the exception of one family involved with a Brethren church, and another involved in a Salvation Army church. I study at a Baptist Bible college, and until recently volunteered in a Baptist-run drop-in centre (Details here).

Now I do ministry out in the community (Details here). 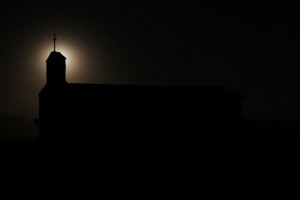 Until recently my family and I attended a church which classifies itself as “Pentecostal”, but bears few overt indications of its somewhat charismatic past, looking and feeling precisely like thousands of other modern churches from across the denominational spectrum. We are now at a much smaller Uniting Church.

So which church is my “Home Church”?

Firstly, in considering “which church”, the question, “what is church?” must be confronted. How can I reconcile my litany of church experiences above with the stated Biblical facts?

There is one body and one Spirit, just as you were called to one hope when you were called ; one Lord, one faith, one baptism; one God and Father of all, who is over all and through all and in all. – Eph 4:4-6

Thankfully we have progressed somewhat from the days when members of one denomination would eye with suspicion the members of all the others. It may be that in previous generations, a career criminal from one’s own denomination might just be a better option than an otherwise respectable member of another denomination, when considering spouses for one’s children.

Where do Denominations come from?

One thing hasn’t changed, though. Although there is less heated polemic about other denominations, there does remain a lingering sense that the other side is ‘wrong’, somehow. There remain untruthful straw-man representations, preached as a defence of the local orthodoxy, and a sense of tribalism about denominations. The comical aspect of all that is revealed when you scratch the surface a little, finding that not only do the parishioners misunderstand the denominational divide, but their teachers are frequently just as ignorant. 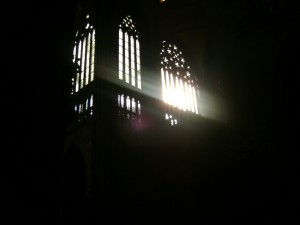 Most of the differences between denominations can be traced to Reformation-Age disagreements. This comes as no surprise, because the very existence of most of the denominations has it’s basis in those arguments.

It all has the effect of making Ephesians 4:4-6 look like a naive wish.

But Paul was not wishing. He was not hoping. He was stating a fact. There is one church.

The vast majority of the Reformation-Age polemics are based on philosophical musings about theology, which were fundamentally misinformed. In the last 50 years we have learned such important things about the theology of Paul, and 1st Century Judaism in general, that some of the Reformation arguments can be shown to be based on false dichotomies. As time goes on, I will explore those matters, one at a time. It’s a fragile business because in the process, we tread on ground that has become haloed since the Reformation. Showing it to be banal ground is often unwelcome.

But in answer to the question of my “home church”:

… it consists in spending time with those who are “harassed and helpless, like sheep without a shepherd” (matt 9:36). Faced with such people, Jesus “had compassion”, and as a result, he taught them.

I have blogged about an example of this.

For me, that’s church. 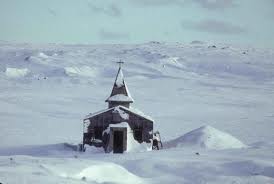 Alarmingly, when others have come to the same general conclusion, sometimes it has resulted in a kind of opposition to “institutional church”, citing Jesus’ heavy criticisms (Matt 23), and even violent actions (Matt 21, Mark 11, John 2). But Jesus was not opposed to the institution at all! In fact he endorsed it on more than one occasion (Matt 23:2-3, for example).

The institutional church contains within it, 2000 years of contemplation: the creeds, the denominations, the liturgy, the architecture, the art… and that’s not even to mention the couple of millenia of contemplation prior to Christ! 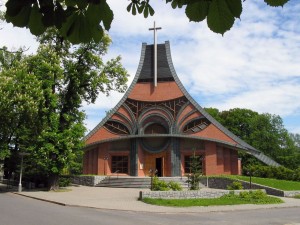 Much of my ministry to those who have questions, involves explaining the facets, foibles, features and form of the visible church, in ways that help them to make sense of the Una Sancta. This blog is a space where I intend to document that effort, and expand on it.

Do not try to bend the denominations, only try to realise the truth: There are no “denominations”…