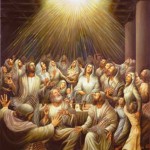 A Theology of Community

God invests His Spirit in a Community 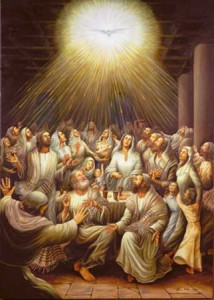 It is easy to miss the Biblical emphasis on a group as the recipient of God’s promises. We, in the modern Western world, are so used to thinking in individualistic way about everything else that we have been reading the Bible primarily in that dimension for generations, and it can take some care and subtlety to notice that the authors did not actually share that point of view.

A common misconception is that where we see “the Nation Israel” in the Old Testament, we should simply replace that with “me” as a New Testament equivalent. This is coupled with the notion that the Holy Spirit dwells in “me”, as part of the New Testament revelation. Not only is this missing the point of the various distinct covenants in play through the story, but the story of the Bible is not simply a story about a corporate faith made individual. Indeed, it is not at all a story of a corporate faith made individual. It is, was, and remains, a story about a corporate faith.

The Election of the People of God is expressed in the election of Abraham. This is sometimes used as justification for thinking about election on an individual basis, but in fact God elected a whole nation by electing Abraham. It was a completely corporate deal. I wrote another article looking at the topic of Election through the Old and New Testaments. Not only is Election throughout the whole Bible “corporate”, but also based completely on ancestry:

The Authorship of the Bible

The Bible was, for the most part, written down by individuals. But those individuals were members of a community, and that community determined what would be retained as authoritative, and compiled into holy scriptures. It is quite valid to say that the Bible is actually a work of the community of the people of God, over a span of 2000+ years.

I wrote in more detail about that, too: 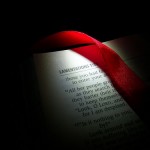 Where did the Bible come from?

The giving of the Spirit

When we talk about the Holy Spirit having been given, we must remain alert to the fact that the recipient was the Church. In fact, the literal recipient was The Lord!

God has raised this Jesus to life, and we are all witnesses of it. Exalted to the right hand of God, he has received from the Father the promised Holy Spirit and has poured out what you now see and hear.

So it was Jesus who received the promised Spirit. This resulted in a “pouring  out” of the Spirit on the believers… why?

Very simply, the reason is that the believers were in Christ. The Church is the body of Christ, and Christ is the head of that body.

we will grow to become in every respect the mature body of him who is the head, that is, Christ.

The Dwelling Place of the Spirit

When we read a sentence like this, we tend to read it as though it concerns individuals:

Don’t you know that you yourselves are God’s temple and that God’s Spirit dwells in your midst?

What it says in Greek, however is “Don’t you (plural) know that you (plural) are God’s temple (singular), and that God’s Spirit (singular) dwells in your (plural) midst?”. This is a reference to “you”, the people of God, the church. We don’t have equivalent language for that in English, at least since we dispensed with the “ye” of Olde English.

The Spirit of God dwells in God’s people. This is a key revelation. The Spirit does not dwell in a series of individuals, but in the phenomenon known as the people of God. This is why Jesus said things like, “where two or three gather in my name, there am I with them” (Matt 18:20).

It is also expressed as a corporate matter in comments like this:

Let the message of Christ dwell among you richly as you teach and admonish one another with all wisdom through psalms, hymns, and songs from the Spirit, singing to God with gratitude in your hearts.

Even if this could be grammatically read as a reference to individuals, the context is unmistakable – this “dwelling” happens as the people teach and pray together.

The giving of prophetic speech

God makes his will known primarily through his people as they gather and pray. This does not prevent God from speaking to individuals as required, and especially to apostles and other special agents, but the more normal expectation is that God will speak amongst his people.

While they were worshiping the Lord and fasting, the Holy Spirit said, “Set apart for me Barnabas and Saul for the work to which I have called them.” So after they had fasted and prayed, they placed their hands on them and sent them off.

Two or three prophets should speak, and the others should weigh carefully what is said. And if a revelation comes to someone who is sitting down, the first speaker should stop. For you can all prophesy in turn so that everyone may be instructed and encouraged. The spirits of prophets are subject to the control of prophets. For God is not a God of disorder) but of peace—as in all the congregations of the Lord’s people.

… and, of course the events of Acts 2, the Day of Pentecost, was a dramatically corporate affair:

All of them were filled with the Holy Spirit and began to speak in other tongues as the Spirit enabled them.

To understand the Bible it is important to note how the whole story ends. It ends with a perfect community. The wicked are finally dealt with in Revelation 20, and then the last two chapters describe a perfect community of humanity and God.

Then I saw “a new heaven and a new earth,” for the first heaven and the first earth had passed away, and there was no longer any sea. I saw the Holy City, the new Jerusalem, coming down out of heaven from God, prepared as a bride beautifully dressed for her husband. And I heard a loud voice from the throne saying, “Look! God’s dwelling place is now among the people, and he will dwell with them. They will be his people, and God himself will be with them and be their God. ‘He will wipe every tear from their eyes. There will be no more death’ or mourning or crying or pain, for the old order of things has passed away.”

We cannot, of course, ignore the fact that our corporate faith is explicitly spelt out in the Bible itself.

For in the one Spirit we were all baptized into one body—Jews or Greeks, slaves or free—and we were all made to drink of one Spirit.

In fact, that whole chapter, 1 Corinthians 12, is dedicated to describing and explaining the corporate faith of Christianity.

What does this “Corporate Faith” mean for us?

For starters, it means grasping the corporate responsibility we have inherited, to live out the promises of God as a community of God so that the world might know that there is a God. I wrote about this recently, dubbing it “Corporate Evangelism”. It is a set of contemplations that I have been formulating over several years, developing them through my experiences in street ministry: 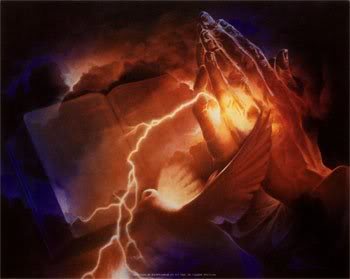 This is not some idle theory. I have been actively making this a reality in Ipswich for the last couple of years, as the realisation dawned on me that God was going to act primarily in a corporate dimension in my town. The results are simply inspiring: 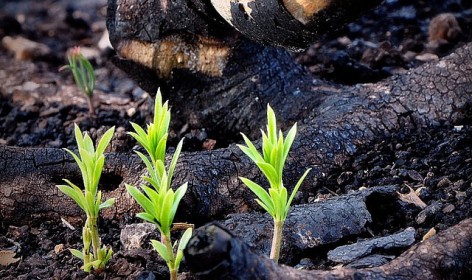 May we increasingly know ourselves as one body, with Christ as head.

May we know that we are connected, so that if one suffers, all are suffering.

May we grasp our role as a kind of firstfruits of all of creation, which is being made new in Christ.

… because this is who we are! This is the work of Christ at Calvary. This is what he died for. This is God’s plan. This is God’s solution to a sick and dying world. This is life, “on earth as it is in heaven”.