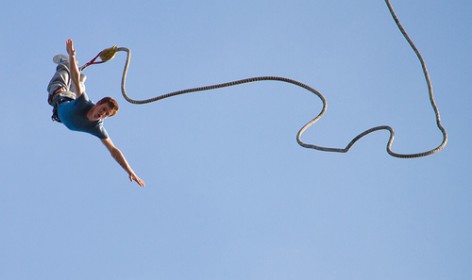 … and this just in: News from the Streets of Ipswich. Issue 17

THE FEAR OF THE LORD IS THE BEGINNING OF WISDOM

The Fear of The Lord is the Beginning of Wisdom 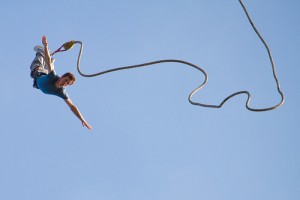 Some 18 months ago a young man attended our men’s group. He was stoned, he was agitated, and he was desperately afraid. His fear was the reason I had great confidence that he would be saved from his miseries.

Do you want to be free?

There were about 8 or ten of us, standing in a kind of circle, at our usual Tuesday night meeting place in the park. A young man who was known to us, a heroin addict, had finally found the courage to come and join us for the evening. He wasn’t joining our circle, however. He was hovering around the outside.

We were talking about various things, and this fellow interjected and sort of heckled from outside the circle. Each time, I would turn and engage with him. Soon it settled into a line of questioning whereby I would challenge him. It went a bit like this:

“Tell me, in your life, who makes your decisions? Who decides what you do and where you go?”, I challenged.

I replied, “Ok.” Then I said, “Tell me, do you like being addicted to drugs?” (I already knew the answer)

He looked at his feet and said, “No. Not really.”

I said, “Who makes your decisions for you?”

A little confused, he again said, “I do.”

I said, “Do you want be taking drugs?”

He started to understand. He said, “But I’m addicted.”

I said, ‘So then, who makes your decisions?”

He had no answer.

I said, “I’ll tell you who. Your addiction makes your decisions for you. That’s who.”

He couldn’t argue with that.

This was a revelation to him. He said, “Yeah! I guess…”

I challenged him, “Do you want to be free? Come in the middle of this circle and we’ll pray for you.”

The fear of God

What happened next took me a little by surprise. Just as soon as I challenged him to step into the middle of our circle, the spot where a different man had just stood moments earlier as we all laid our hands on him and prayed for him, my friend freaked out!

He didn’t just refuse to come. He looked at that spot like it was a venomous snake! He leapt back and paced around, saying, “No, no, no, no. No way. I’m not doing that.”

Various of the men in the group were calling encouragements, and it seemed to make him all the more afraid. The way he was looking at us was like we were 12-foot tall angels, shining like lightning or something.

Suddenly I saw what was happening.

I started to preach to the group (and indirectly also to him). I said things like:

This man knows God better than half the Christians I know. Look at his fear. He knows what it will cost him if he steps in this circle. It will cost him his life!

Anyone who has not surrendered his life before God doesn’t know God. Here is a man who can see the truth. Do you see that fear? That’s real. He gets it.

I’d rather have one man who fears to step in the prayer circle, than a hundred who don’t think anything of it. This is a big deal. Stepping in this circle means a break with everything he knows, everything he is. He’s right to be afraid.

People talk about the “fear of God” as if it simply means respectful deference. Rubbish! You want to know about the fear of God? Just look at our friend here. He know something about God. He knows enough to fear!

I then addressed him directly, saying, “Mate, I’m telling you, you are so close to the kingdom of God right now.”

Jesus said he would make Peter and Andrew “fishers of men”. To that, that would have meant something related to nets, since that was how they fished. But I fish with a hook and line. When you’ve got a big one on the line, you play it so that it tires. Every time it comes closer, you shorten the line. When it runs, you hold your ground. Eventually, if you keep the right tension, you land it.

Over the space of maybe two hours, our friend paced around, refusing to enter the circle. We generally continued with the meeting, but he would interject. Whenever he did, I would turn to him and challenge him with, “Do you want to be free? Step in the circle”.

He came up with a thousand objections. Pretty quickly I stopped engaging with those objections. Whatever objection he raised, I would simply say, “Do you want to be free?”

He was tugging on that fishing line all night. He couldn’t move forward, and he couldn’t get away. It was a treasure to watch my God reeling him in.

It started to rain. Nobody cared. The drama was so exciting, and everyone knew it would come to a crisis point soon.

Hoist With His Own Petard

Finally, the conversation, which had continued in between the interruptions, turned to the question of the Garden of Eden. “Tell me this,” one of the men asked, “Why did God put the stupid tree right in the middle of the garden anyway, right where the people were going to go? What did he expect?”

Our young friend from outside the circle was suddenly interested in putting his contribution into the conversation. “Yeah,” he agreed, “It’s God’s fault for putting it there.”

This was the moment.

I started to speak in a tone that demanded attention:

Let me ask you a question

I addressed it to the guy who asked, but made it obvious that it was aimed also at our friend.

Why does the council put telegraph poles right next to the road, where cars can simply smash straight into them?

Isn’t it the council’s fault if you drive your car into a telegraph pole?

Everyone was thinking about that as I continued:

Of course not. The thing about your car is that it’s fitted with a steering wheel, and you are, as a driver, responsible for using that steering wheel to make sure your car doesn’t smash into stuff.

Everyone was agreeing, so I closed:

You have a steering wheel too. It’s called your brain. God gave Adam and Eve one thing that they were not to do. it’s like putting one telegraph pole along a whole 6-lane highway, and notifying all the drivers that their job is to not crash into it.

My edgy friend came right around to my way of thinking. He was nodding and agreeing with this. “When you put it that way, I suppose you’re right. I tell you what, I wouldn’t have eaten it!”

At this point I could have made a theological point about taking responsibility, and used it to corner him with logic, but that wasn’t to be. Instead, I went for the jugular:

Ok, so if there was one single thing God was saying not to do, and everything else was permissible, you reckon you could handle that? Like the tree thing. Yeah?

I was aware that I had changed the logical framework, and an analytical person would have pulled me up on it. Frankly, I was winging it. I didn’t know if this was going to get us anywhere, but God did.

He hesitated for a moment, like a tourist on a bungee platform, then strode straight into the middle of the circle in two long strides.

God will have his man

It happened so that many of the guys were unaware of it. Some were talking amongst themselves, or looking away right at that moment. But I, and a couple of others, immediately laid hands on him and prayed. The others quickly joined in, showing various levels of astonishment.

By this time it was pouring, and we were all wet.

There were many huge hugs, some tears, and the night was done.

God got his man. This guy is now doing really well. He is stable, on a government program for drug recovery, and maintaining a relationship with his girlfriend.

Just saw this link from 18 months ago. I remember it like it was a week ago. I can offer an update:This fellow has…