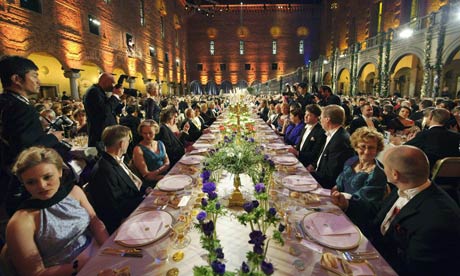 John 20:19-31 – The Honoured Guests and Their Servant Leaders

Blessed are those who have not seen… 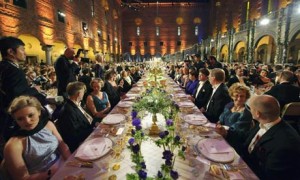 Ever wonder why some people got a “bolt from the blue” encounter from God, and you didn’t? Jesus says that you are the one who is blessed, not them. How does that work…?

The passage in John 20:19-31 is making a distinction between those who “have seen and believed”, and those who “have not seen, yet have come to believe”. The latter are blessed. The former group are the Apostles, who had seen the risen Jesus and would almost all go on to die under torture, proclaiming that fact.

The church leaders are the servants, the emissaries, the agents, the messengers. “You”, the reader, are the honoured guest at the table of your king. Your responsibility is simply to belong there, by appreciating, enjoying, and accepting your master’s hospitality, and living out your faith.

Most importantly, when it comes to “going out and telling people about Jesus”, you’re off the hook. That is the job of evangelists. (See this article for more on what part the regular believer plays in “evangelism”)

Here is the passage:

When it was evening on that day, the first day of the week, and the doors of the house where the disciples had met were locked for fear of the Jews, Jesus came and stood among them and said, “Peace be with you.”  After he said this, he showed them his hands and his side. Then the disciples rejoiced when they saw the Lord.

But Thomas (who was called the Twin), one of the twelve, was not with them when Jesus came. So the other disciples told him, “We have seen the Lord.” But he said to them, “Unless I see the mark of the nails in his hands, and put my finger in the mark of the nails and my hand in his side, I will not believe.”

A week later his disciples were again in the house, and Thomas was with them. Although the doors were shut, Jesus came and stood among them and said, “Peace be with you.” Then he said to Thomas, “Put your finger here and see my hands. Reach out your hand and put it in my side. Do not doubt but believe.”

Thomas answered him, “My Lord and my God!” Jesus said to him, “Have you believed because you have seen me? Blessed are those who have not seen and yet have come to believe.”

Now Jesus did many other signs in the presence of his disciples, which are not written in this book. But these are written so that you may come to believe that Jesus is the Messiah, the Son of God, and that through believing you may have life in his name.