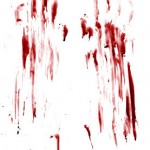 Why do innocent people suffer?

What would your response have been? 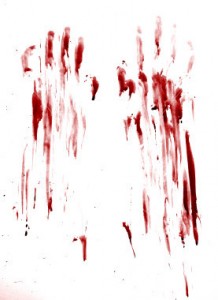 I was aware that my friend had been grieving the death of her adult daughter, who had been murdered by White Supremacists. They left her hung by the neck, in a room covered in blood from obvious signs of struggle. The police declined to investigate, deeming it a suicide.

My friend is an Aboriginal Australian. Understandably she doesn’t trust white people. She also doesn’t trust men. I’m both male and white, so you might imagine the tone of her first question to me (in front of a small crowd): “you tell me this: why do innocent people suffer?”

I mentioned it in my article about a conversation with an Atheist, but I want to expand on it here.

So you don’t believe the KKK is active in Australia?

Just as a quick aside, in case you don’t believe (as I previously didn’t), that the KKK and similar organisations are operating in Australia, check out the news, or browse through Stormfront Down Under and get a feel for the White Supremacist rhetoric and the Australian political parties which they call friends. The White Supremacists are here, in our community, and people are getting hurt, and even killed.

I think pretty fast. It probably took me barely two seconds to respond to my friend’s question (“you tell me this: why do innocent people suffer?”), but a lot went on in my mind during that time.

The setting was a Bible study group that I had only just recently been asked to lead. I had met the group only once before, a week earlier. It was a support group in a half-way house, so everyone there was in some kind of personal crisis; they had just come in off the streets, just come out of prison, just come from living in their car, just been kicked out of private accommodation… that sort of thing. They all had various mental health, substance abuse, emotional trauma, and other challenges in their lives, as well.

Quite apart from this being a good question, which she seriously wanted answered, my friend was powerfully challenging my presence in that place. Failure to respond would mean a crippling credibility gap for me in that setting. I needed to engage with that question, or I would never enjoy the respect of the audience from then on.

First, I thought of a great evening that I had previously spent with a group of young Christian men, philosophically discussing the nature of suffering and how it related to God’s will. There had been about a dozen of us. We had spoken for hours, waxed philosophical and had come up with some noble-sounding ideas.

But absolutely nothing from that conversation was going to answer my friend’s question. She is no philosopher, and did not need pompous, white-bread opining.

She needed The Truth.

Second, I scanned the Bible in my mind. I can usually produce a Bible passage or a verse which answers people’s questions, and I can do it fast. I’m good at it. But in this case, there was nothing!

Implicitly, the question could be phrased, “If God is all-powerful, then he has either caused the suffering or allowed it to happen. Which is it, and why?”

I mentally scanned from Genesis 1:1 to Revelation 22:21 and came up with nothing at all that would satisfactorily answer the question for her.

Third, having exhausted my own (normally adequate) resources, and reaching the almost-socially-awkward 2-seconds-of-silence threshold, I could see that my own capabilities were insufficient to meet this challenge.

I turned to my heavenly Father (and hers), seeking his will for this, his precious daughter.

I addressed the Lord, in who’s name I was ministering in that place, and appealed for assistance in the task he had set me.

I reclined into the Spirit of God, my guide, my protector, my assurance, my teacher, the power of God in every moment of my life, and anticipated His help. 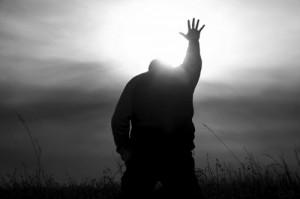 In short, I prayed. In effect, it was, “you’re gonna need to give this lady something here, Boss, because I’ve got nothing…”

God responded saying, in effect (it wasn’t an audible voice. I can’t describe it. Suffice to say that it wasn’t me), “Show her Genesis 4. Show her Cain and Abel. Show her that story.”

This surprised me somewhat. I was kind of expecting some fresh insight into something Paul had written, or that Jesus had said, which would answer the question. I didn’t quite know where God was going with this, but I had no alternative and the socially-awkward-silence alarm was about to go off.

This was his own precious daughter that I was talking to, and I trust my God, so I turned immediately to Genesis 4 to see what God had there for her.

Cain spoke to Abel his brother. And when they were in the field, Cain rose up against his brother Abel and killed him.

“So what?” You might ask! What does that say about suffering and innocence? Why did God bring me to this passage in the Bible? That was my initial reaction, but all I can say is that through our conversation, beginning with this passage, my friend gained a revelation of the character of God which has transformed her life ever since.

This is the very first instance of (human) bloodshed in the Bible. I was able to show her (and everyone else in the room) what God’s response was to that terrible crime: shocked incredulity, expressed in, “What have you done?”

I began from there and discussed what it means that innocent blood “is crying out from the ground”. This is a profound reflection on God, his Creation, his plan, and God’s attitude to violence against an innocent person. Such a thing is an affront, an offence against God’s sensibilities. It contravenes something profound in the created order of things, to the extent that it is discordant to God!

In short, it matters.

Did that answer the question?

This was a life-changing conversation for my friend, because it met her need. She became my biggest fan and advocate, and she experienced enormous healing from then forward.

Afterwards, however, I reflected that I had not even answered her original question.

She had asked specifically why God causes or allows the innocent to suffer, and I had simply told her about what God is like. Ever since, I have found myself doing the same thing: People ask about church, or suffering, or a Bible passage, and I find myself talking about the character of God. I have become convinced that this is the real question in almost every case (and if it isn’t, it probably should be).

Because the identity and character of God is actually the solution to the universal puzzle of life.

Our strange response to suffering

The real question, the question whose answer really matters, is not “why?”. Yet the first instinct is to ask precisely that.

Job’s encounter with God (in Job 38-42) silenced Job’s questions without having answered them. But his real, implicit question was answered. The real question was, implicitly, “am I not righteous”? The answer was “yes, you are righteous”. Although he initially wanted to know, it was actually unnecessary for him to understand why, being righteous, he had suffered so terribly. What mattered was that he was vindicated.

In actual fact, if God had explained “why” to Job it would not have eased his suffering, and it just might have seemed to Job that he was being treated very unjustly! That could have resulted in him blaspheming God as his wife had encouraged him in Job 2:9, which would not have been good at all. 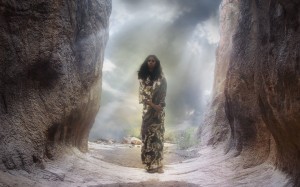 Yea, though I walk through the valley of the shadow of death, I will fear no evil: for thou art with me; thy rod and thy staff they comfort me. – Psalm 23:4

My friends’ anecdotes about suffering are all similar in one way: Their first response is to ask “why”, and only after a time, having not received any satisfactory explanation, they ask a better question, like, “Are you even there, God?” or, “Do you even care, God?”

The “why” question, they say, is never answered by God, but the other type of prayer always is. Sadly, we often don’t really get to that second type of prayer until becoming completely exasperated with the former type first!

If we can learn to trust that knowing the “reasons” for our suffering is not actually what we need, but that the assurance of God’s presence is the single, vital, immeasurably precious possession that constitutes life in its wholeness and makes it worth living, our prayers might be directed slightly differently, to our own very great advantage.

It has been God’s desire from the beginning, and our deepest need, for us to be restored to full communion with God. Jesus was dubbed “Immanuel”, meaning “God with us”, and gave us the ongoing presence of God’s Spirit, as the expression of that communion while we await his return. We know that this will be completely consummated in the ultimate heavenly city, too:

And I heard a loud voice from the throne saying, “Look! God’s dwelling place is now among the people, and he will dwell with them. They will be his people, and God himself will be with them and be their God. ‘He will wipe every tear from their eyes. There will be no more death’ or mourning or crying or pain, for the old order of things has passed away.”

So then, “I pray that out of his glorious riches he may strengthen you with power through his Spirit in your inner being, so that Christ may dwell in your hearts through faith.” (Ephesians 3:16-17).