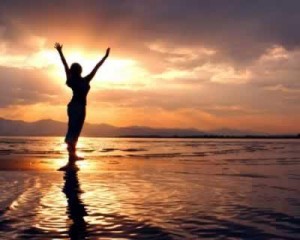 I have a friend who has been set free by the truth. This is from her story.

The story has helped me to understand more and more about human beings, and the ways in which they are wired-up. At every turn it also reveals how and why the Gospel message has such incredible power to heal.

What it means to be set free by the truth

Jesus said that the truth would set people free. What did he mean?

Did he mean that the one true God would set people free? Did he mean that once we know the truth we will take the necessary measures to become free? No, neither of those. It is the truth itself which sets us free. To know this truth is to be free.

As he was saying these things, many believed in him. So Jesus said to the Jews who had believed him, “If you abide in my word, you are truly my disciples, and you will know the truth, and the truth will set you free.”

I was privileged to be present when this was demonstrated in a most dramatic way for my friend.

Lies are a Snare

When I first met this friend of mine she knew that I was a Christian, but nothing else about me. I was volunteering at the Chat Room at the time, which has since closed down. I now spend each Tuesday in Ipswich Mall, and this friend is one of the those who have been involved in that ministry from the beginning.

The burden of the past

She had some questions. Her questions stemmed from past experience with church, and with family. In both cases she had experienced abusive manipulation from people in authority over her. The bossy church amplified an abusive and controlling home life, compounding the problem.

Implicitly also, she was really asking, “Where is God in all this?”

We talked for about three hours. With each question I would look at the reasons and take her through understanding them, then offer a kind of “what Jesus would do” reflection on how she is entitled to expect people to behave.

This process seemed intuitively right, and it proved to be so. On reflection it was not only providing the Transactional Analysis she was asking for, but also the validation and vindication of her feelings. I have learned that one of the most profound unmet needs in human beings in our community is the validation of their feelings. I’ll resist the temptation to rant about the advertising industry, and it’s quest perpetually to disrupt the peaceful contentment of humanity. Suffice to say it’s working.

My friend had rightly discerned that her treatment had been unjust but she lacked the ability to articulate in what way. I helped her with that. In doing so I simultaneously gave her the validation she craved, and the vindication that she had been denied, as well as the tools with which to dismantle the power of those events in the future.

The power of the Truth

In each case, of the behaviour of her church, I firstly showed how the church would defend it’s actions from Scripture. I then discussed the nature of God and the example of Jesus Christ, and described an alternate behaviour that the church could have chosen, which would better represent what the Scriptures really mean.

In her mother’s actions, I helped her to speculate about what influences might have been present in the mother’s life to produce such unjust behaviour. We didn’t have the answers, but she had never thought to speculate in that way before. It helped to humanise her mother, and to provide a context in which she could have compassion on her mother while still being validated and vindicated in the conviction that her mother’s treatment had not been “ok” at all.

Suddenly, after several hours, my friend threw her arms out, looked up to the sky and shouted (yes, it was a little alarming), “FINALLY! I see who you really are!”

From that moment my friend’s life has been transformed. She has experienced overwhelming compassion for people she encounters (she reports, “I never saw that people were in pain before”). She cries more and is angry less. She finds herself being placed by God in situations where she is to be His “hands and feet”. Just over a year later, she has met a wonderful man and is in her first really positive and healthy loving relationship.

The truth set my friend free; the truth about the identity and character of God. Because that’s what “truth” is. All truths proceed from that single one.

And this is eternal life,  that they know you the only true God, and Jesus Christ whom you have sent. – John 17:3

[Christ] is the image of the invisible God, the firstborn of all creation. – Colossians 1:15

And the Word became flesh and dwelt among us, and we have seen his glory, glory as of the only Son from the Father, full of grace and truth. – John 1:14 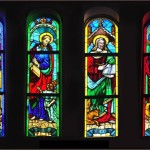